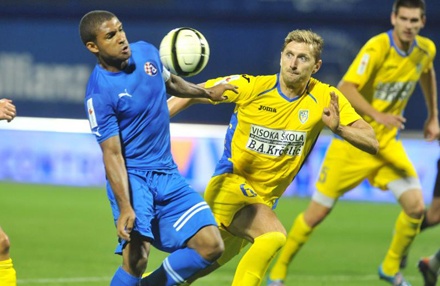 Dinamo Zagreb continues to struggle offensively early in the season, but managed to take three points from their trip to Pula.

Zagreb controlled much of the game and had several scoring opportunities, but failed to capitalize on any of them. The line up included a few fresh faces, including 21-year-old Arijen Ademi, who made his first league start for Dinamo since December 2011. The match also was played right in between two crucial European matches, and players such as Milan Badelj, Mateo Kovačić, Tonel, and Calello did not travel with the team.

The match started strong for Dinamo with a quick chance in the opening minutes by defender Domagoj Vida. But the boys from Pula were no pushovers. They played their opponents with no fear and did not sit and wait for them to attack. Istrian forward, Sandi Križman, took a dangerous shot in the opening half that was denied by keeper Ivan Kelava. Kelava made another game-saving save in the second half on another impressive Križman strike.

The 25th minute was the turning point of the match. A handball in the box resulted in a penalty awarded to Dinamo. Sammir stepped up the spot and calmly puts in a perfectly placed shot to win it for the modri. A second penalty was awarded to Dinamo and captain Jerko Leko stepped up to take it, but was denied by an impressive save from the Istra keeper Andrej Prskalo.

“We played a strong game, tough, combative, and it paid off. We are getting fitter, play better, and that’s good. We now turn to Wednesday for the game against Sheriff, which is very important to us.”  – Sammir 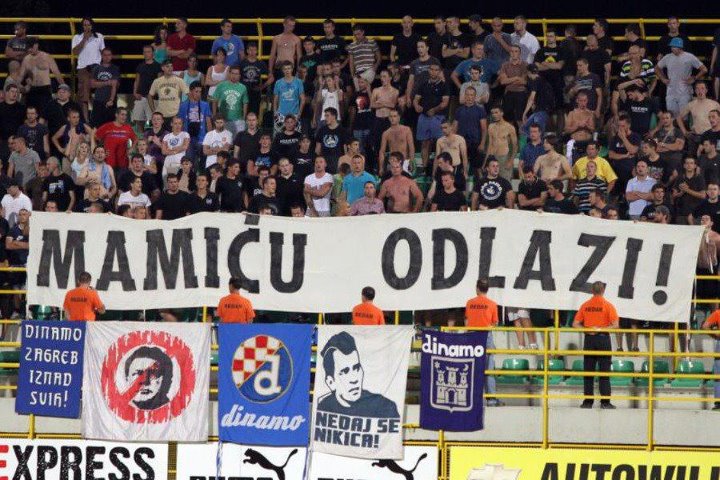 Over 5,000 fans came to Stadion Aldo Drosina to watch the match, including a large contingency of the BBB. Several hundred of the BBB came to support their team as well as voice their ongoing concerns regarding the team and it leadership.

Dinamo remains unbeaten throughout it’s third game of the season and sits in a three-way tie for first place. 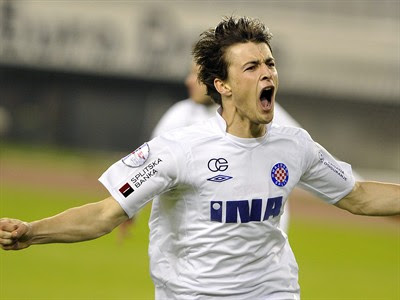 Hajduk Split currently sit on top of the league table (goal difference) thanks to a four goals scored in their match against Zadar.

The club’s suspension was once again postponed for 10 days and were allowed to participate in the third week of the HNL. Hajduk Split currently owes 4.5 million kuna to Šibenik and are being threatened with suspension if the fees are not paid.

In what was a thrilling game in front of a full house at Stadion Stanovi, Zadar was the shining star at first. The more hosts were the more aggressive team and took more chances in the midfield. They were able to get on the board first from a quick counter attack that started at their end of the field and ended with them celebrating at the other.

The match began with quick play by Zadar, nearly scoring after only 20 seconds. Hajduk midfielder Mirko Oremuš nearly took the lead for the visitors in the 12th minute but somehow missed an completely open net from about five yards out.

The 14th minute is where Zadar broke through the Hajduk defense on a corner kick that was scored by Ivan Jolić. After going down a goal, Hajduk put their play into high gear and never looked back. Ante Vukušić shot a right-footed blast at the goal in the 33rd minute that took a big deflection of a Zadar defender and was redirected into the net. Goals by Mijo Caktaš, Franko Andrijašević, and Ivan Vuković also helped the bili solidify their win.

Nearly 500 members of Torcida came to cheer on their team. Toricda must still be feeling the buzz from the match against Milan and were out in full force in Zadar.

Hajduk play the return leg against Inter Milan in Italy on Thursday August, 9.

After all the hype that has surrounded the Rijeka club, they finally got their first win of the season against Zagreb at Kranjčevićeva.

An equally fought match was broken in the 83rd minute by newcomer and homegrown player, Ivor Weitzer. Weitzer was subbed in late in the game, but made an immediate impact, hitting the winning shot from 20 yards out. This marked the third strait defeat for Zagreb as they remain at the bottom of the table and have yet to score a single goal this season.

“In the first part of the match, both kept possession of the ball. There was no counterattack. Here we were a bit better, we had more possession and finally made a goal at the right time. The only criticism I can make is our attackers failed to keep the ball. This is why Zagreb pressed towards the end. We are well defended, and endured these last 10 minutes. We can do even better, we will grow with time and we need to work on individual forms of players.” Rijeka coach, Elvis Scoria 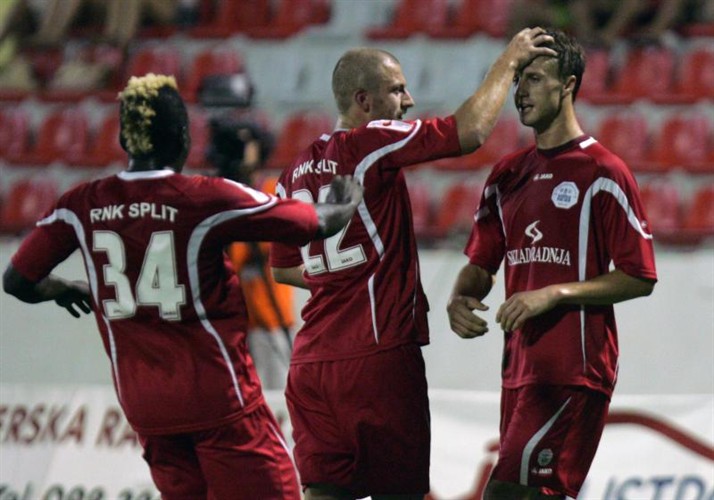 Probably the two best up and coming teams in the HNL played a hard fought match in Split. Slaven, who is enjoying a run in the Europa league, despite a heart breaker against Spain’s Athletic Bilbao, has won its previous two matches in the league thus far as. The club traveled to a Split to face it’s toughest league opponent yet. RNK is coming off a loss to its cross-town rivals last week but held their heads high and put the defeat behind them.

Ante Vitaić opened the scoring with a penalty shot that was awarded after Igor Bubnjić was called for a handball in the box.

Split continued to be the more dominant and dangerous team. Slaven very well could have had their minds on a bigger match in the return leg against Bilbao. Split nailed the coffin shut with another goal late in the game scored by substitute Ivan Baraban.

“We respect Slaven, but we are at home and are the favorites for winning. After the victory over the Rijeka and the defeat in Poljud, want to correct ourselves and defeat Slaven Koprivnica.” Split coach, Tonci Basić

The crveni remain undefeated at home and sit in fifth place in the league table.

A hard fought match by both teams ended in a draw in Vinkovci. A quick goal by Inter was equated by a goal from the hosts. Both teams are without a victory after three matches, but Inter rests in eighth place with two draws and a loss, while Cibalia is in 11th with tow losses and a draw.

“’First of all, I would like to thank the Vinkovci audiences and fans and players who gave me the most support you could. The game was as we had expected and the players gave everything they could at this point. It would be unrealistic to expect that they could give more. Clearly, I’d say we won, but the result is still considering all realistic. We equated the fanaticism and character. I am by nature a fighter and now I was convinced that it was the players, not the game that made me happy. We took the point and we were ‘fighters’, and had the ‘spirit and desire and the will.” – Cibalia coach, Željko Kopić

Kopić is also looking to improve the Vinkovci team by naming four new players he wishes to ad; Milardović, Lukačevič, Aganović and Ivan Bošnjak. He also states that he understands the financial issues of the club, and will not ask the players to join his team unless he is sure he can pay them the wage they desire.

Osijek payed a visit to Maksimir Friday and left with a draw against a surging Lokomotiva side. Both teams had their chances but failed to score a goal. Marin Zulim of Osijek hit the post on a shot that almost went in, and on the other side of the field, Lokomotiva’s Domagoj Antolić failed to convert a penalty kick into a goal. Each team picked up a point, but that wasn’t enough for the Lokosi to hang on to first place in the league and drop down to second.