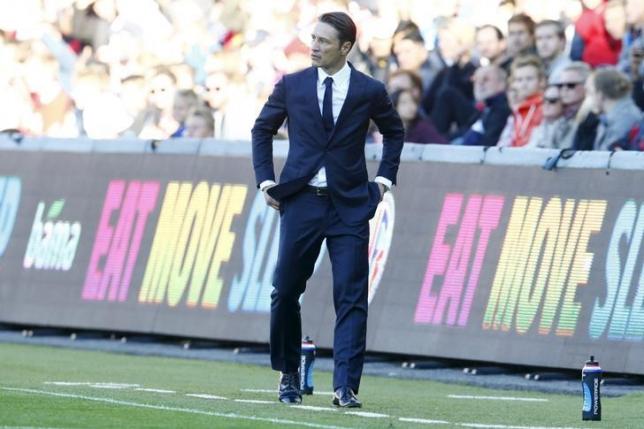 Another qualifying campaign for Croatia has hit a major setback. The ability to win big games, particularly away from home has become an unattainable task. During the 2014 World Cup qualification stage, Croatia produced a meager two wins, two draws, and one loss. The 2012 Euro Cup qualification stage wasn’t much better, as they recorded three wins and two losses that featured a humiliating 1-0 loss to Georgia.

Throughout this recent campaign, Niko Kovac’s side has only one win, two draws, and the recent loss to Norway on the road. The lone win at Bulgaria contained one shot on target. Scarcity has become a common theme for Croatia’s attack throughout recent games. Following a dreadful World Cup campaign that included only twelve goals scored, many fans believed that the team had to improve from being toothless in front of goal.

The inability to score during a 180-minute span against Azerbaijan and Norway showcases a new low for the national team. Mario Mandzukic continues to be wasteful, as the once proficient striker had several opportunities to end his goal-scoring drought. Darijo Srna provided a rare accurate cross that found him with only one nearby center-back. Somehow his header ended up on the wrong side of the post, which seemed to have demoralized his confidence. As the game wore on, Mandzukic seemed to teeter off and didn’t show “heart” that Kovac has started to specify through various interviews.

The major inquiry of Croatia’s debacle comes from who should be labeled as the prime culprit. Is Mandzukic the main problem for wasting a plethora of chances once again? Srna has to be on top of the list based on being responsible for both goals. While his positioning and fragileness has always been rightfully criticized, the captain has never been embarrassed quite badly. Jo Inge Berget left him searching for answers with multiple dummies that led to creating both goals.

Despite poor individual performances from two key players, Kovac deserves to be criticized once again. His lineup looked to be ideal based on Danijel Pranjic being rightfully benched after several poor games. Sime Vrsaljko was one of the standouts based on his defensive positioning and reliability. The unorthodox left back saved Luka Modric from embarrassment of being robbed of the ball, which led to a breakaway opportunity. Marko Pjaca showed flashes as well with his first touch and ability to track back to defend.

It was arguably the most encouraging starting eleven that Kovac has unveiled as manager. The encouragement immediately changed from witnessing senseless long balls to being unable to keep possession within the midfield. Besides Ivan Perisic sending multiple accurate crosses into the box, there was no creativity or fluidity. They played ultra conservative and looked desperate to steal a goal through any circumstance. Kovac has to take some responsibility for the ineffective attacking play.

Experimenting with Marcelo Brozovic in an advanced role continues to be a nonsensical decision. They implemented that strategy against Malta and Bulgaria to start the qualifying campaign. Both games were fairly underwhelming, as a fortunate own goal and excellent solo effort by Modric earned them six points. Brozovic doesn’t possess the same level of creativity or control on the ball like his fellow counterparts. Ivan Rakitic received the ball in Croatia’s own half and was limited to sending hopeless long balls to spark an attack. They continue to utilize him as a deep lying playmaker, while Brozovic is exploited through an advanced playmaker role. That couldn’t have been more detrimental for a team gasping for goals.

Instead of taking at least partial responsibility for the team’s poor performance, questions of heart and spirit from the players were Kovac’s immediate answers. That never seems to be a wise idea, as Igor Stimac did something relatively similar following Croatia’s home defeat to Belgium. They couldn’t have looked more disinterested in a 2-0 defeat to Scotland four days later. Public criticism has left Modric firing back within the media. A potential rift could be looming, although more drastic changes can commence within the next day or so.

Kovac’s job is on the hot seat, which is pretty remarkable considering they were in first place only five days ago. They were expected to continue their unbeaten streak with relative ease. Nobody expected Mandzukic’s below average form to continue or Srna being exposed worse than Pranjic defensively. What fans should have expected was more control through the star-studded midfield and fluidity to break down a well-organized Norway side.

It’s hard to justify Kovac remaining as manager, although the lack of managerial stability can be toxic for any team or club. You look at English clubs such as Sunderland and West Brom constantly going through new managers on a yearly basis. They have battled through relegation battles over the past three seasons. Both clubs clearly lack above-average talent to push for a place within the top ten. Constant shuffling within the managerial position can’t be healthy for these respective clubs or nations searching for sustainability. It could easily alienate players from coming to a respective club and damage morale in the locker room.

Would it be wise to hire a third new manager within the past three years? Not to mention, who are the ideal replacements out there? Zlatko Kranjcar has been rumored, due to his managerial experience and success through an unbeaten World Cup 2006 qualifying campaign. Fans have voted for Jurgen Klopp as the most suitable replacement, but that is nothing more than a pipedream.

If a new manager were to be hired, they will likely need several years of experience to be considered. Kovac’s lack of experience has caused serious issues, along with his deficiencies from a tactical and man management perspective. It takes more than being a former captain to evolve into becoming a successful manager. The honorable four-year captain will always be cherished for his contributions from 2004 to 2008. Croatia hasn’t qualified smoothly for a major tournament since Euro 2008, when Kovac was ironically still captain.

Change seems to be imminent, but certain players can’t continue to be coddled. Modric was underwhelming through both games. A potential serious issue with Zdravko Mamic could have affected him mentally. Although Rakitic hasn’t been utilized properly, his poor set pieces can’t be discounted. The Barcelona standout was supposed to be a substantial upgrade over Srna.

Similar to the recent World Cup campaign, a new manager can only generate so much inspiration. It will take far better performances from players such as Mandzukic, Srna, and Modric to secure their place for next summer. Despite not controlling their own destiny, Norway still has to play Italy away from home next month. The odds slightly favor towards Croatia avoiding the dreaded playoff round. A drastic change within their attack and possibly coaching staff will be required for them to recover from this downfall.