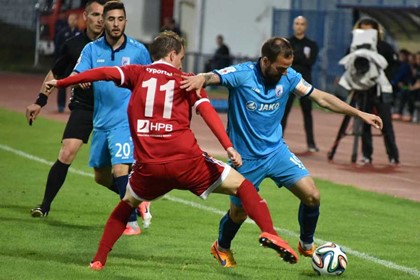 Believe it or not, HNK Cibalia pulled off one of the most unlikely efforts to stave off relegation.

After spending an upwards of 15 weeks in last place, and as recently as May 2 lagging behind Split by five points, the club not only ought their way above Split – finishing three points ahead – but also held off HNK Gorica with ease in the promotion/relegation playoffs.

Despite the dismal season (but valiant finish), Cibalia was still the fifth-best attended club in the league, averaging nearly 1,800 fans per match. Hajduk took the honors of best-attemded, averaging 8,340 per game while Lokokmotiva faired the worst, bringing in 644 on average per match.