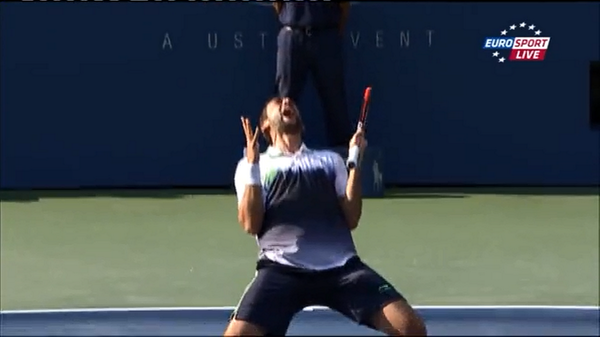 Marin Čilić won in straight sets (6-2, 6-4, 7-7) against #6 seed Tomas Berdych at the US Open on Thursday to secure a place in the semifinals of a Grand Slam for the second time in his career. Čilić will play Roger Federer, arguably the best tennis player that has ever lived, in the semifinals on Saturday.

This is the farthest Čilić has ever ventured in a Grand Slam event, matching his semifinals appearance in 2010 at the Australian Open, where he was defeated by Andy Murray in four sets.

Čilić’s serve game was on Thursday afternoon in New York as he sent 19 aces past Berdych alongside 46 winners. He will need to duplicate the same effort on Saturday.