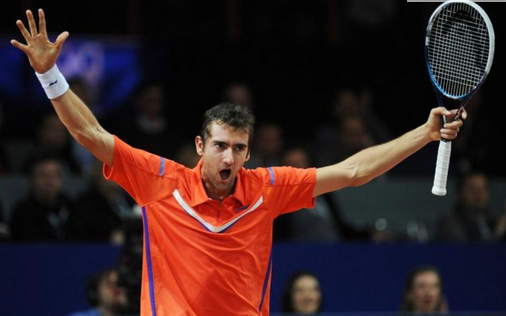 Marin Cilic played some of his best tennis as he took down Andy Murray, #6 in the world and the #2 seed at the AMRO World Tennis Tournament on Friday, winning 6-3, 6-4 in the quarterfinals. The win continues an eight match unbeaten streak for Cilic, who won the ATP Zagreb last week, and has not lost a set in those eight matches. To set up the quarterfinal bout with Murray, Cilic first defeated #50 Lukas Rosol 6-2, 6-2, and followed that up with a very impressive 6-4, 6-4 win over #10 Jo-Wilfried Tsonga. Against Murray, Cilic saved all four break points he faced and won 86% of his first serve points to come out on top.

Up next in the semifinals is Igor Sijsling, #64 in the world. The Amsterdam native was 2-5 at ATP events going into Rotterdam, but perhaps playing in front of his home crowd has helped him boost his game. Marin has made just one final of an ATP event larger than a 250 (Rotterdam is a 500 level tournament), and has yet to come out with a title, but has a great shot at it this weekend.

Cilic came into Rotterdam ranked just 37th in the world due to his suspension last year, and while performances like these will boost his ranking, he won’t see himself crack the top 15 until after June, when he is defending very few points for the rest of the year. That said, the win over Murray boosts him into 33rd and a semifinal win would move him into the top 30. Unfortunately for Marin, the next major is not for nearly three months, but he can still capitalize on his great form, with Masters tournaments at Indian Wells and Miami approaching. 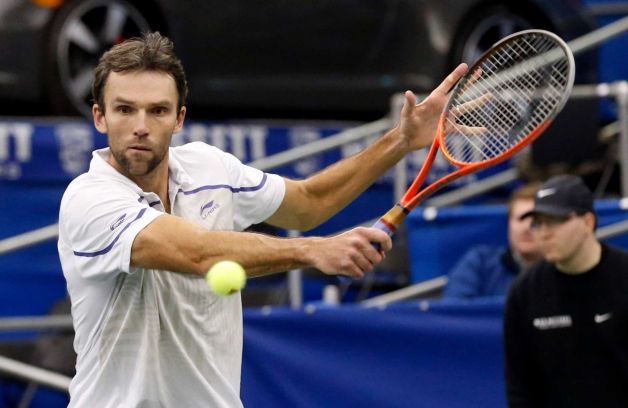 Ivo Karlovic has scored back to back wins at the US Indoor National Tennis Championships, against some tough opposition, and has a real shot at a finals appearance. Ivo was victorious in round one against Australia’s Matthew Ebden (#62), winning 7-5, 6-4 and facing no break points. Round two saw the big serving Croat go against the #2 seed Francisco Verdasco (#26). Again his serve did not let him down, as he served 19 aces and faced zero break points in a 7-6(2), 6-4 win. Karlovic’s last quarterfinal appearance in any tournament came in October of 2013, and with these two wins he has another, and will move up at least ten spots in the ATP rankings (to 70th), and potentially 10-20 more depending on the remainder of the tournament. He will face American Jack Sock in the quarterfinals on Friday night. 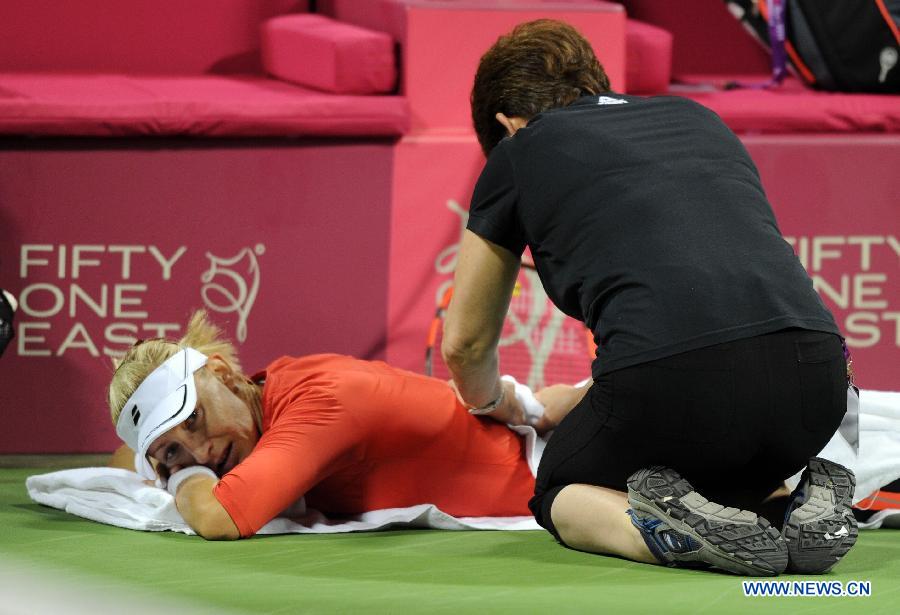 Mirjana Lucic-Baroni also had a great week that will see her surge up in the rankings, although it was unfortunately cut short by injury.  Lucic-Baroni, ranked 110th in the world, beat #38 Yvonne Meusburger in round one and #21 Anastasia Pavlyuchenkova in the 2nd round to set up a 3rd round match against #4 Aga Radwanska. The Croat held tough in the first set, but fell 4-6, and was forced to withdraw after winning the first game of the second set. An appearance in the third round is enough to push Lucic-Baroni up to 87 or 88 in next week’s WTA rankings, less than fifteen position behind Croatia’s #1, Ajla Tomljanovic.