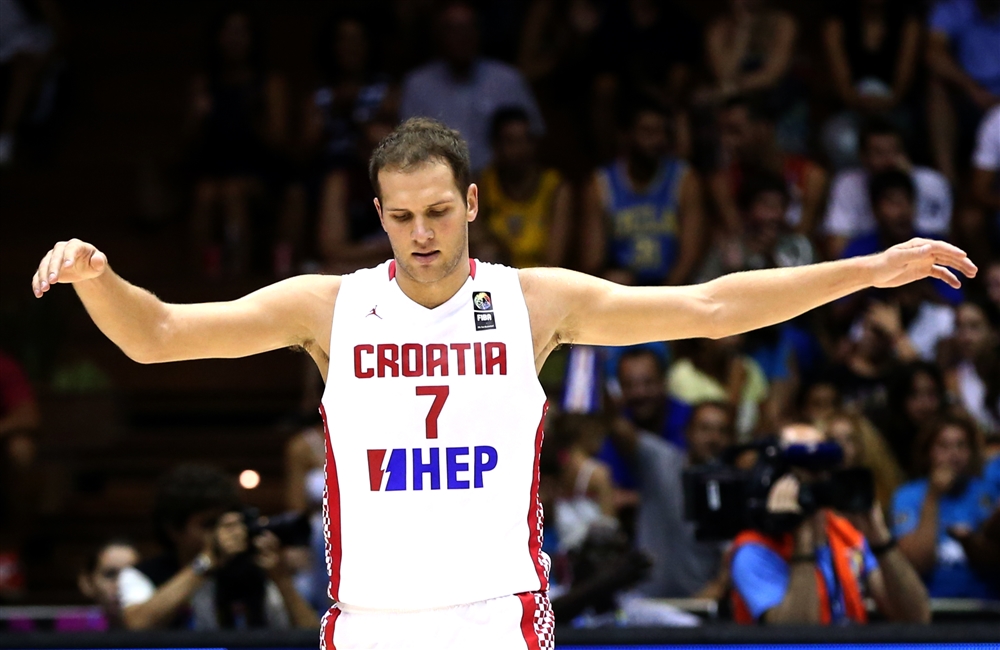 Coming off a big win against Argentina, it was Croatia’s turn to be upset and lose a close game. Senegal used their size and athleticism to good effect, beating Croatia 77-75, as Croatia’s knockout round hopes took a hit.

19 year old potential lottery pick Mario Hezonja got an unexpected start for Croatia as Bojan Bogdanovic began the game on the bench, and the youngster drove to the hoop and threw down in the first minute. It was a bizzare change from the coaching staff, as Bogdanovic had been Croatia’s best player and Hezonja had very little playing time. Senegal looked to get on the break and get chances in transition, and Croatia tried to force them into the half-court offense, where Senegal was much less effective. Neither side was able to establish any kind of lead in the first quarter, with Senegal going in up 18-16. The Senegalese hit their shots at the start of the 2nd to pull ahead to an eight point lead with eight to play. Croatia failed to find their rhythm and went into the break down 42-31, with Dario Saric as the only bright spot in the first half. Through twenty minutes, Minnesota Timberwolf Gorgui Dieng had torn up the Croatian defense for 16 points off nine shots.

Saric continued to play well and lead the team in the 3rd quarter, and a three point play with seven minutes to go gave him 13 points and put Croatia within five. Saric stole the ball and produced a behind the back pass to Bogdanovic one minute later, who missed twice from the line, continuing his rough game. Senegal lost big man Hamady N’diaye  to a back injury midway through the quarter, a big loss as he had played well. With one to go, Croatia still trailed, down 52-59. Croatia chiseled away throughout the fourth, and a pair of free throws from Ante Tomic brought the deficit down to two with 4:57 to go, as Gorgui Dieng picked up his fourth foul. Senegal lost another starter when Mouhammad Faye fouled out with 2:50 to go, with the African side leafing 70-66. Bogdanovic hit a big contested three on the next possession to close it down to one point. With 55 seconds to go, Croatia forced a shot clock violation and had two great oppurtunities to tie it up as their two best three point shooters Bogdanovic and Damjan Rudez missed wide open threes. Senegal hit one of two free throws and then Oliver Laffayette hit a much needed three with 20 seconds on the clock. Senegal hit both free throws and Krunoslav Simon threw up a long, contested three pointer, ending Croatia’s hopes of a win.

Dario Saric was Croatia’s best player as well as a vocal leader, scoring fifteen points from nine shots, grabbing nine rebounds, four assists, and three steals. Ante Tomic also played well, getting to the line seven times, and hitting 12/14 free throws as he scored 14 points and picked up nine rebounds. Bojan Bogdanovic had his worst game of the tournament, scoring 15 points of 14 shots, and shooting 4/8 from the charity stripe. Gorgui Dieng finished the game with 27 points off 14 shots. He also added eight rebounds, three assists, and two blocks. 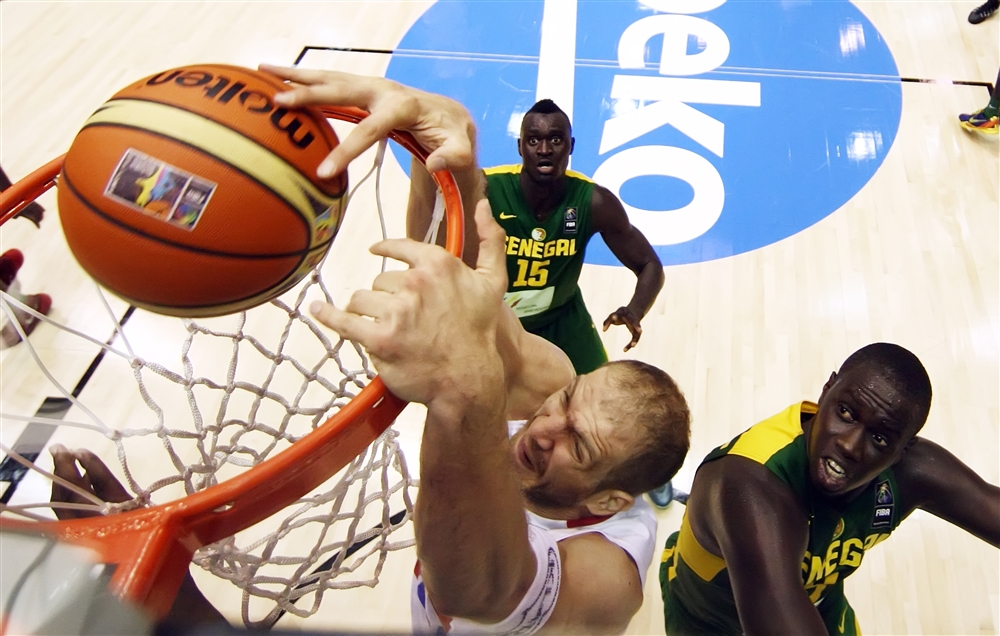 Croatia are now 2-1 and could finish anywhere from 1st to 5th in their group with two games to go. The team will get the day off tomorrow before they take on group leaders Greece on Wednesday.