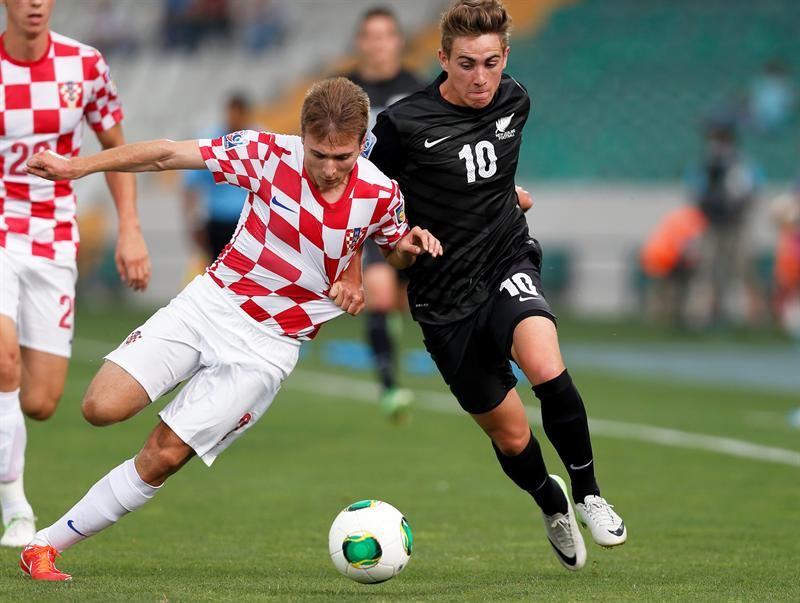 Croatia’s U-20 team, the Mali Vatreni, only needed a draw Saturday night in Bursa, Turkey to progress onto the knockout stages of the U20 FIFA World Cup, but they got much more than they were looking for. Croatia would score twice against group F minnows New Zealand in a 2-1 victory, which was good enough to finish atop the group as Uruguay dismantled Uzbekistan 4-0 to finish second.

18 year-old NK Zadar striker Stipe Perica deflected a cross from the sideline with his head, which sailed perfectly over the outstretched arms of the Kiwi goalkeeper in the 11th minute to give Croatia the early 1-0 lead.  The Mali Vatreni kept control of the game, with 62% ball possession, doubling their lead in the 75th minute when RNK Split’s Ante Rebić received the ball on the left flank, faked a move on the defender and cooly struck the ball into the far side of the net from 16 yards out. It’s a goal that will surely put the substitute Rebić into transfer talks this summer.

Croatia conceded a penalty shot late in the game, which didn’t deter their 2-1 victory. With the win, Croatia finish first in Group F, with seven points, which means they will meet Chile in the round of 16 on Wednesday in Bursa. It was key for Croatia to finish atop the group as they will now avoid a dangerous Nigerian side in the next round and a possible quarterfinal meeting with arguably the best U-20 team in the world, Spain.