After a disappointing French Open for Croatians, Donna Vekić and Marin Čilić have been showing good form on grass as Wimbledon looms one week away. 16 year old Donna Vekić advanced to her second WTA final at the AEGON Classic in Birmingham, England, falling short for the second time, but picking up her two most impressive career victories up to this point. She defeated #38 Ula Radwanska 6-3, 6-2 in the second round, and bested that performance with a 6-2, 6-1 win  over #23 Sorana Cirstea. In the final, Donna fell just short to Slovakian Daniela Hantuchova, 6-7 (5), 4-6. After falling in the first set tiebreak, she managed to stay on serve in the second before Daniela got the winning break at 4-5. Donna was disappointed, but all smiles after the loss. After her great week, she will move up over 25 places in the WTA rankings, to an all-time high of #63.

“I have mixed emotions right now. I can’t be happy after losing a match, but it was a great week for me and I’m happy I could reach the finals. And I gave it my all today – maybe it wasn’t my best tennis, but it was the best I could do today, and Daniela was just the better player out there. I was happy to be playing the finals – hopefully I’ll have many more matches like that.” –Donna Vekić

“She’s a very talented girl. She moves very well and has a great serve, and that makes her play very well on grass. I haven’t seen her play on the other surfaces, but she has a great team around her and I’m sure we’ll be hearing a lot about her.” -AEGON Champion, Daniela Hantuchova Marin Čilić was nearly successful in his title defense at the Aegon Championships in London, ultimately falling short to world #2 Andy Murray in the final. Marin will be confident going into Wimbledon after beating #6 Thomas Berdych in the quarterfinals and taking a set off of hometown favorite Murray.

“[Čilić] is one of the best grass court players in the world. We’ve had a lot of very close matches. I was lucky to come through in the end; he was playing very good tennis, especially towards the end of the second set.” -Andy Murray

“It was an extremely great week for me. I enjoyed all my matches. It wasn’t easy, I had some tough fights. I hope I’m going to continue with my good form.” –Marin Čilić

The preliminary round of EuroBasket Women 2013 is underway, with Croatia faced against Belarus, Czech Republic, and Lithuania in Group D. They were victorious against Lithuania in their first game, with an 89-77 win and fell to Belarus 43-57 on Sunday. Croatia’s final preliminary match is against the Czech Republic on Monday. Jelena Ivečić leads the team with 12.5 points per game, and 6 rebounds per game. The top three teams in the group advance to the  “Main Round”, where they join another three teams, with points carrying over. The top four from that group advance to the quarterfinals.  The top five teams in the tournament will qualify for next year’s FIBA World Championships. 19 year old Dario Šarić has elected to spend one more year in Europe before heading to the NBA, and has withdrawn from this year’s draft. His agent, Marc Cornstein, explained the decision: “With another season of experience, he’ll guarantee a higher spot in the draft and a bigger role with the team that drafts him”. Dario was projected as a late lottery pick in the draft, which will be held on June 27th. 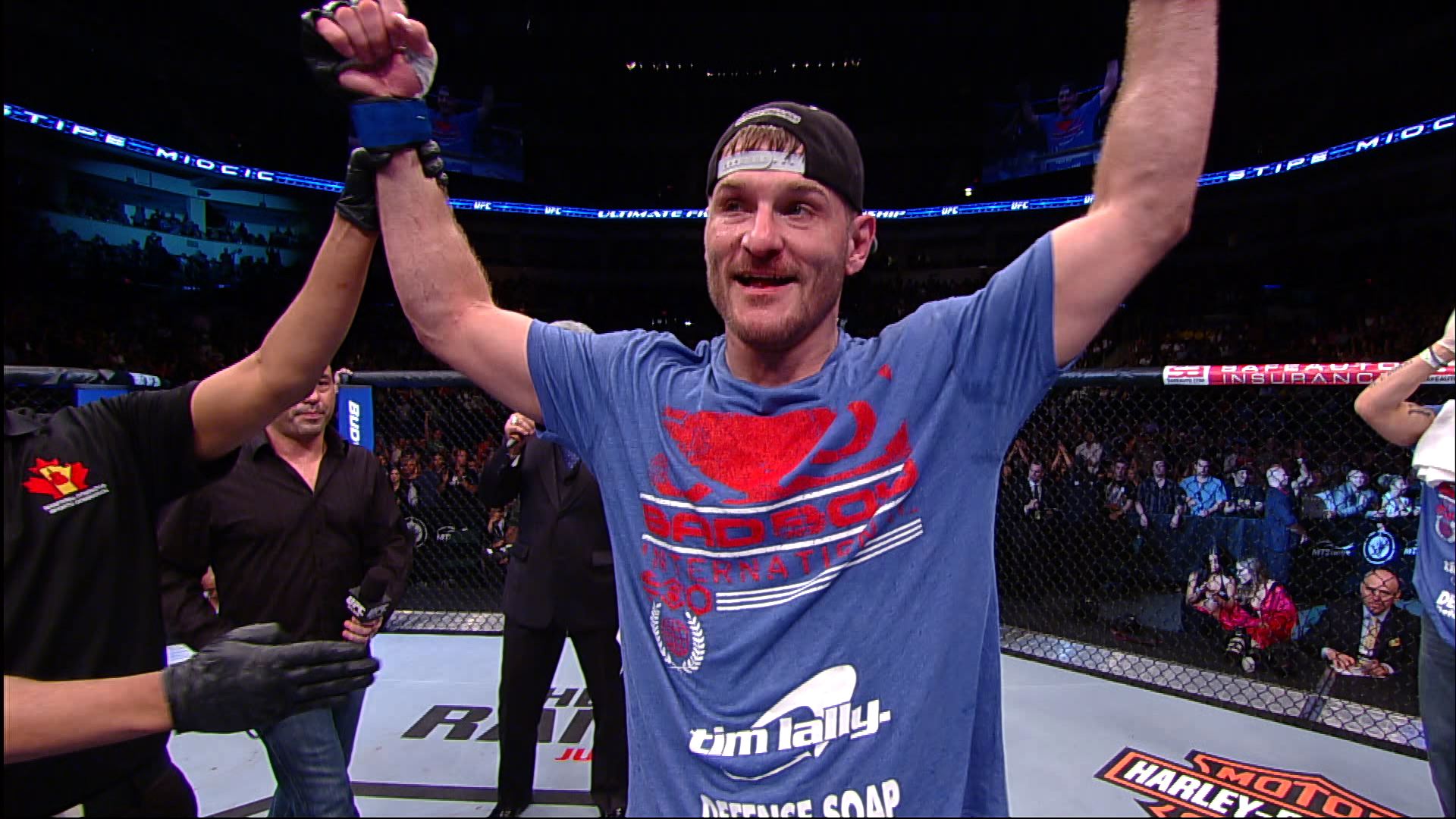 Stipe Miočić and Igor Pokrajać both fought in UFC 161 on Saturday night, with Stipe picking up a big win over highly touted Roy Nelson.

The Croatian men’s handball team qualified for the 2014 European Championships this week, after winning their group with a 5-1 record. The championships will be played next January in Denmark.