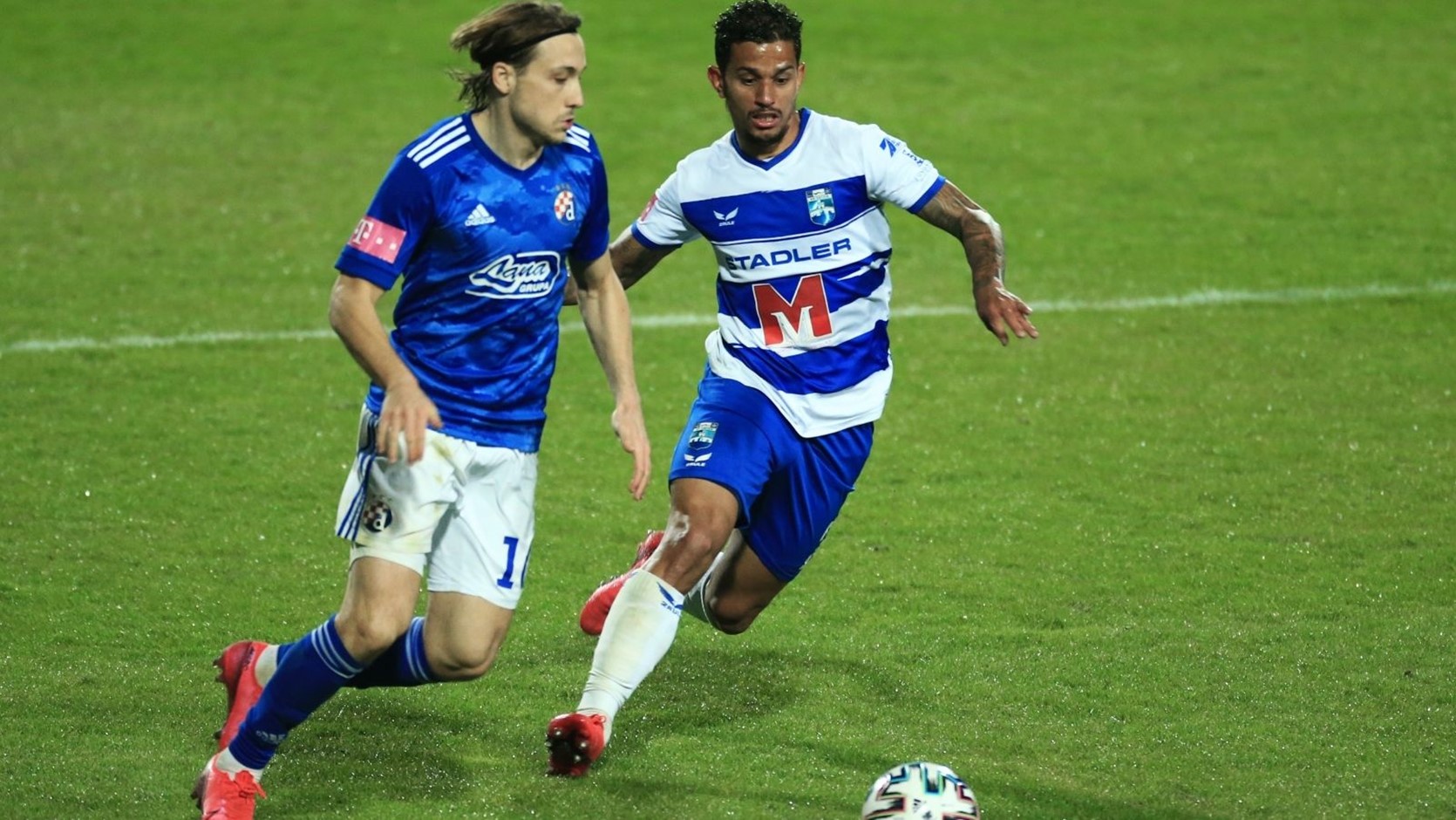 Dinamo are coming off their strongest European run in decades. Osijek are on the verge of having one of their greatest seasons ever and have the chance to finish the season in the highest position they’ve achieved in the Prva Liga. But they have a chance to win it all.

Osijek and Nenad Bjelica welcomed Dinamo Zagreb, current league leaders and reigning champions, to Gradski Vrt Wednesday night in hopes of living up to the match’s enormous storyline. It’s matches like today that show anything in football is possible and anyone can top the league in any given season.

Dinamo Zagreb’s Lovro Majer sucked the wind from Osijek’s sails early in the match with a fifth minute goal. The narrow lead lasted well into the fight, with Dinamo holding on to every breath while Osijek still believed an equalizer was in their reach.

The visitor’s maintained supremacy through the opening 25 minutes, creating several chances and even accepting a penalty opportunity, which was soon dispelled by VAR.

Undiscouraged, Dinamo continued to fight for a second goal, nearly achieving it in the opening half hour. Osijek faced further hardship when Marco Miloš was forced to be subbed off after 33 minutes due to injury.

Osijek would have been satisfied only being down by one goal at the half, but knew more would have to be done in order to avoid defeat. Enter Ante Erceg. Erceg came out at the start of the second half and made a quick impact with an equalizing goal in the 64th minute.

The deadlock held strong through the remaining half hour. Both teams were in search of the advantage, but neither were able to capitalize. Changes were made to the teams as the final whistle approached, but no substitute could find the game winner, despite near goals by Dinamo in the final minutes.

The challengers held off the champions and split the points in a tight race on top. Dinamo still holds the slight two-point lead on the table, but also hold a game in hand and have eight matches left to play. Osijek, with seven to play, have ample opportunity to catch up with Dinamo and have the easier schedule ahead of them. Dinamo have two remaining matches with Hajduk Split, one with Rijeka and a Cup semifinal and potential final still to play. Osijek’s toughest opponents remaining include Rijeka and Gorica and have three matches to play against Lokomotiva, Istra and Varaždin.

No clear winner has emerged and may take until the final day to settle the dust. 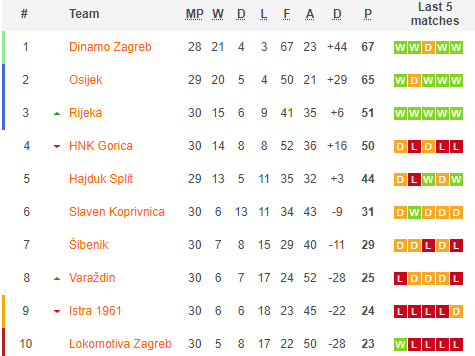