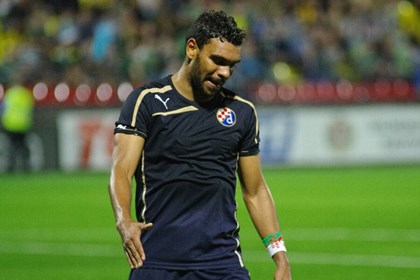 The inability to finish was the name of the game in Dinamo’s 1-0 loss to Celtic in Glasgow today.

It’s hard to say who was the better team as Celtic won the match, but Dinamo came inches from tying the game several times throughout the match, most notably with Eduardo Wilson’s attempt on target from 25 yards that struck the crossbar.

Celtic started the match with extreme high pressure, running around in Dinamo’s end, chasing every pass the Modri made. To the average person, it looked as Celtic was on the way to tire themselves out, but the pressure paid off when Kris Commons scored in the sixth minute.

Commons’ goal came from a crafty give-and-go but the lack of communication between the Dinamo defense allowed Commons to walk in and tuck a left-footed shot into the corner of the goal.

Dinamo sought for the equalizer, but entered the half down by one.

Celtic came out in the second half with a flurry of pressure but Dinamo fought if off well and turned the tables with some pressure of their own.

Wilson continued to produce much of the offense for the Modri, but Soudani also had several clear cut chances that he put either over the bar, or right at the keeper.

Wilson had what was probably the best chance to score in the whole game when he found himself alone with the ball less that 18 yards away, but his shot was placed too near Celtic keeper, Craig Gordon. Gordon, who has a wingspan of nearly six-and-a half feet, spread his arms out and made the save with his forearm. It was an opportunity Wilson surely wold like to have back.

Dinamo continued with high pressure play in the dying minutes and tried to take advantage of several free kicks and corner kicks near the end of the match, but came up just short every time, due to a lack of clinical finished.

Coach Zoran Mamić will have to push his boys harder to work on finishing. It seems that the team can hold their own in the Europa League, but will need to score goals if they want to advance.

Dinamo will travel to Salzburg on Oct. 23 to participate in their next Europa League match. Salzburg won their match today against Astra and leave Dinamo in third place in the group with three points.
It is still very possible to see Dinamo advance in the tournament barring they can find the back of the net. 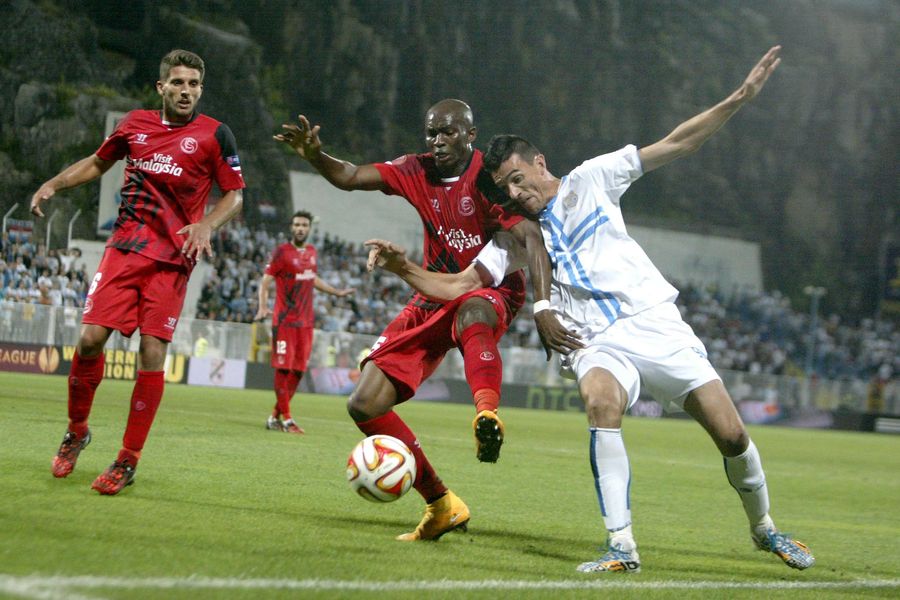 Croatia’s other team competing in the Europa League, HNK Rijeka, almost pulled off the impossible today, but Sevilla snatched victory from under their noses at the last minute and forced Rijkea to share the points.

Sevilla struck first in the match in the 26th minute, but the Spanish club could not hang on in the midst of the atmosphere at Kantrida.

The great Andrej Kramarić put away a penalty to tie the match after Timothee Kolodziejczak was shown a red card and sent off.

Zoran Kvrzić scored the goal of his career in the 68th minute when he put away the go-ahead goal for Rijeka.

The match was all but over in the 92nd minute when Stephane Mbia broke the hearts of Croatians everywhere by tying the match at it’s death.

Rijeka should be proud however, playing an intense and close match with the reigning champions of the Europa League.

“If someone had said before the game that I will not be satisfied with a draw with Seville, I would not believe them,” Kramarić said after the match. “Sorry we did not finish Seville, who we had on their knees. We conceded a silly goal in the final minute. We must be satisfied with our performance against reputable opponents, but also continue to work to correct mistakes.”

Rijeka play host to Feyenoord on Oct. 23 at Krantrida. With the skill and confidence this club possesses, three points is definitely their future.