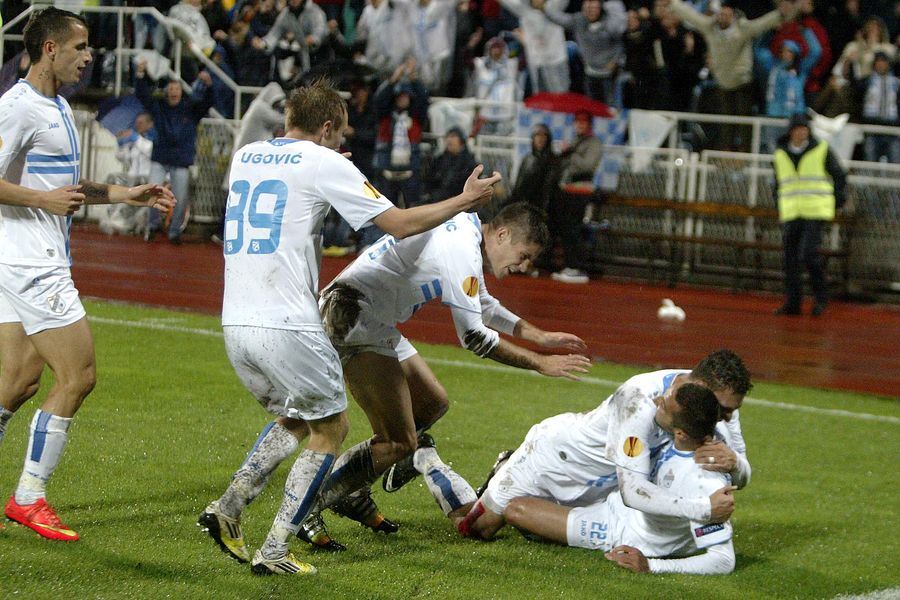 HNK Rijeka was the pride of Croatia today.

Rijeka stepped up on the European stages and flexed their muscles against Dutch club, Feynoord, winning the match 3-1 thanks to three goals from Rijeka superstar, Andrej Kramarić.

Kramarić has been on a tear this season, scoring goals every chance he gets.

With his 14 goals in the HNL in only 12 matches, Kramarić has added six goals in this Europa League campaign.

Rijeka believes they can stand with any competition at Kantrida, and they are consistently proving that right.

Kramarić played an impressive match, scoring his hat trick in only 13 minutes.

“It’s nice to score three goals Europe, but I must stress that the victory is what is important,” Kramarić said. It was not easy. Feyenoord was a little surprised with my game in the first half hour. Fortunately, we created several chances. The great crowd and atmosphere surely helped us as well.”

Ivan Vargić was there to do his part as well.

Soon after Kramarić scored his first goal, Feynoord equalized in the 66th minute. Vargić was there to make the necessary saves after that.

Rijeka has one loss, one draw, and now one win in their group stage this season.

Dinamo Zagreb on the other hand did not fair as well in their third match of the Europa League. 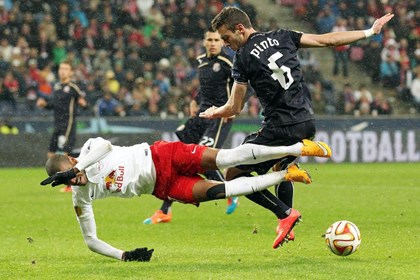 As they say, “Red Bull gives you wings.”

Salzburg did all but fly away during the match, and dominated almost the entire 90 minutes of the game against the Croatians.

It would have been better for Dinamo if the game was never played. Pouring rain threatened the match, which whether to play or not was a game time decision.

Only 90 minutes before kickoff, it was announced that the game would go on, and Dinamo and Red Bull took to a soaked pitch in the rain.

Salzburg went up 4-0 until in the 86th minute when Arijen Ademi was able to salvage a goal and some respect for the Modri.

Manchester United loanee, Angelo Henriquez, also salvaged a goal in the 89th minute to finish the game 4-2, but wasn’t enough and Dinamo has a long road ahead of them if they plan to keep playing European football after the winter break.

Dinamo will get a second chance at Salzburg in the return leg on Nov. 6 at Maksimir Stadium while Rijeka will travel to Holland to face Feynoord again on the same day.