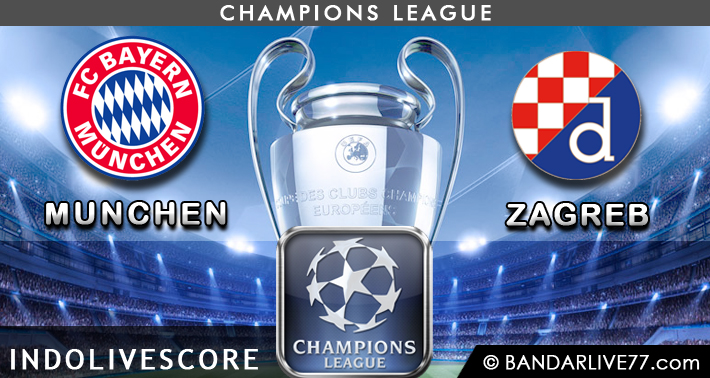 Dinamo Zagreb have a tough task ahead of them this afternoon at Allianz Arena in Munich.

The Modri will be facing five-time European champions Bayern Munich and will have to battle the likes of Manuel Neuer, Robert Lewendoski, and Philip Lahm.

Throughout the years, Dinamo Zagreb has produced many players on the same level of the Bayern greats, but were unable to hang on to their talent as they were lured away with the promises of higher pay and better football.

But what if Dinamo’s top players stayed? Would that be enough to even out the playing field against Munich?

Dinamo’s current lineup for the match will most likely include players such as Armin Hoždić and El Arbi Hillel Soudani; talented players, no doubt, but are a different class than the men of Munich.

But here is a look of possible replacements or additions if Dinamo was able to hang on to its top talent:

Portuguese international Eduardo would keep his starting spot over any goalkeeper Dinamo has produced in the last five years, though Ivan Kelava might find himself as second choice and add depth to the goalkeeping bench.

Vedran Čorluka and Dejan Lovren would find themselves as the two centerbacks, relieving Leonardo Sigali and Jeremy Taravel of their duties, who started against Arsenal two weeks ago.

When it comes to the midfield, the choices seem clear; Luka Modrić would see a triumphant return in his position on the field while Mateo Kovačić joined him.

Marko Rog, Domagoj Antolić, Mario Šitum, and Marcelo Brozović could be available for selection bringing the midfield to a well rounded and complete unit with available choices on the bench.

Dinamo strikers have played for some of the top clubs in the world, most notably Mario Mandžukić who was a star at Bayern Munich. Mandžukić would be a sure start for his former club along side Andre Kramarić.

Angelo Henriquez has not started in the competition for Dinamo since July against Fola Esch, but would be on the bench along with Soudani and Marko Pjaca.

The ideal Dinamo lineup for todays match would be

Would this team be enough to keep pace with Munich? Unfortunately we will never know, but Dinamo is full of surprises. With a similar line up that was used against Arsenal, Dinamo will try their hardest to keep Munich on their heels.

Dinamo will need to take a page from their junior team’s book as they have defeated the Bayern Munich junior team early today 2-1 in the UEFA Youth Champions League in Munich today.  If that means anything, Dinamo should be in good spirits.

Have a better dream team for Dinamo? Better tactician than me? Feel free to add it.