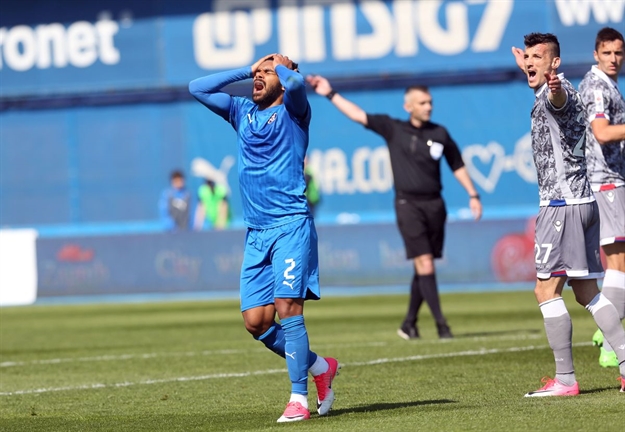 Another shocking blow to Dinamo’s title hopes have furthered them from the top.

The Cubs have already defied the odds, New England are champs, but now I may have brought a daughter into this world where Dinamo are not crowned kings of Croatia? Didn’t think it could get THAT bad. But hey, at least the Pens may repeat!

Dinamo found themselves on the wrong side of a 2-1 score line against Slaven Belupo during some midweek HNL Action on Tuesday. The loss is the team’s second in a row, after losing 2-0 to Hajduk Split on Saturday.

The Modri were kept scoreless at home against their biggest rivals on Saturday, but league leaders Rijeka dropped points on a road trip to Pula where they dew 1-1 to Istra. The damage was manageable, but a crucial three points were dropped against Slaven while Rijeka soundly defeated Osijek 2-0 at Rujevica the same afternoon.

Rijeka has distanced themselves from Dinamo by eight points with six weeks to go. Those matches still include one more meeting between Dinamo and Rijeka, Rijeka and Hajduk, and Dinamo and Osijek. There is ample time for points to be won and loss, so no winner can be crowned yet.

The final match of the season will feature Dinamo hosting Rijeka at Maksimir and could have major champion implications.
HNK Cibalia has struggled greatly throughout their return to the Prva Liga but made – what some may call – history last Friday with their second victory of the season.

The win came as the club hosted Slaven Belupo and defeated them by scoring in the second minute and following it up with two penalties; one in the 72nd minute and another in the 86th minute.

The club touted the win as an act of holy intervention where the poorest region of Croatia can still compete in the big leagues. Cibalia shocked their opponents again on Wednesday, drawing 1-1 against Inter Zapresic. This draw inched Cibalia within four points of potential safety, but still remain in last place behind RNK Split. 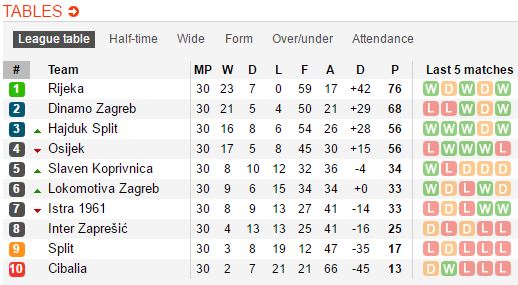