How often are young players labeled ‘wonderkids’ after showing the slightest bit potential? Way too often. And how often do those players live up to their lofty potentials? Much less often. It is an unfortunate thing to be labeled a failed wonderkid, but at the end of the day, it is just part of the game. Why do these players end up failing to live up to the hype? There are many, many different reasons. Some of those reasons can be determined by looking at some of Croatia’s recent failed talents and analyze why they might not have turned out to be as good as people thought they would be.

Alen Halilović – You can’t talk about failed wonderkids and not mention Alen Halilović. Halilović had the world at his feet after becoming the youngest debutant in 1. HNL history and shortly after, the youngest goal scorer in HNL history. He even made his debut for Croatia at 16 years old, becoming the youngest debutant in Croatian national team history. Before he knew it, he was on his way to Barcelona to play for their B team being labeled the ‘Croatian Messi.’ But after just two years, he left Barcelona to join Hamburg and is now owned by AC Milan on loan at Heerenveen in the Netherlands. So what went wrong? Rumor has it that he has a bad attitude and that his father manages him very poorly, practically forcing him away from Dinamo Zagreb and using his son for his own financial gain. The hype got to young Alen and he became too big for his boots. He chose to transfer to Hamburg solely because they were offering him more money than Valencia, who at the time seemed like a much better fit after a successful loan at Sporting Gijon. Even the free transfer for AC Milan made no sense. He had not proven himself at virtually any decent club. Why go to a giant club like AC Milan to sit on the bench? Many, including myself, have lost a lot of faith in him after these last few unsuccessful years, but he is still only 23 years old so we will see if he can turn it around and actually become a player of note. 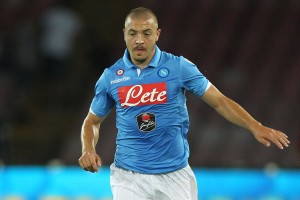 Josip Radošević – Josip Radošević was supposed to be the future starting defensive midfielder of the national team after showing some great ability at Hajduk Split. He was good on the ball, had good passing vision, and seemed to be pretty tactically aware. His one and only national team cap came in a 1-1 draw against Belgium where Radošević started and played 78 minutes making him the youngest debutant in Croatian national team history at the time. In January 2013, he transferred to Napoli and did not make an appearance until the first game of the next season. He was loaned back to Croatia with Rijeka, then to Eibar in Spain, before transferring to Red Bull Salzburg, then back to Hajduk Split and finally has found a place to stay for a bit at Brondby in Denmark. In my opinion, the main reason he hasn’t become as good as he could have been was that he just moved to too big of a team too early for a player of his ability. I remember reading an article about him saying he was lighting it up in training, but still wasn’t getting any playing time at Napoli. He spent about a year of his key development time sitting on the bench. But now 26 years old, it might just be too late for him to push his way back into the national team with Marcelo Brozović holding down the defensive midfield spot and other young talents coming up through the ranks. Only time will tell. 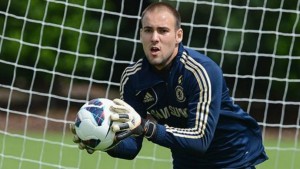 Matej Delač – Matej Delač made his debut for Inter Zaprešić back in 2009, becoming the youngest player to ever appear in the 1. HNL at the time. In this match, he saved a penalty and earned man of the match as his team beat NK Zagreb 1-0. He looked to be Croatia’s goalkeeper of the future after being called up to be the third-choice goalkeeper. After continuing to impress in Croatia, Delač made the move to Chelsea. In typical Chelsea fashion, Delač was loaned out to seven different teams in eight years actually becoming their longest serving player at one point while never making a single appearance for them. Like Radošević, he moved to too big of a club too early in his career. Yes, he got loaned out instantly, but in his first three loan moves he made a total of 2 league appearances. That is just not good for a young player. At 27 years old, Delač can likely kiss his chances of getting a cap for Croatia goodbye with Dominik Livaković currently holding the number 1 spot and many others coming before Delač in the pecking order. 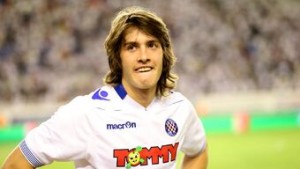 Andrija Balić – Andrija Balić looked like he had the ability to be a top player in his appearances at Hajduk Split. Anyone who has seen even just his highlight videos knows the kid has some skills. He is, like most Croatian midfielders, very technically gifted. He would dribble by a couple players and then ping a pass to a player down the wing and it just looked so effortless. Not only this, but he was always a threat to crack a long shot into the top corner. He caught the eye of Udinese and moved to the Italian team in February 2016. It looked like a decent move at the time. Udinese was a mid-table club and Balić was a talented young midfielder that would show flashes of brilliance every time he played. But Udinese hardly gave him the chance to show even those flashes of his potential. He did not play a single time that season and had to wait until the end of the next season to finally make a few appearances, actually scoring a very nice goal in a 5-2 loss against Inter Milan. However, he has never really shown more than those flashes of ability going out on uneventful loans to three teams in the last two seasons. I just think that first year and a half at Udinese really stunted his development big time. He probably would have been better off just staying at Hajduk for that time and waiting until he could join a team that was planning to start him. He is still owned by Udinese and is only 22 years old, so there is still plenty of time for him to start being more consistent and develop into a decently player. 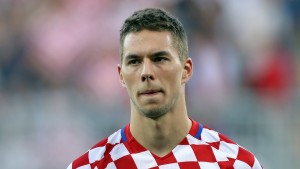 Marko Pjaca – Back in 2016, Marko Pjaca was really coming into his own as a player. He was a young winger that could blow past defenders with his explosiveness and close control dribbling. His appearances for Croatia in Euro 2016 had Croatian fans excited as there was finally going to be another good winger to play with Ivan Perišić. Big clubs started to take notice of his performances at Dinamo Zagreb as well as his few appearances with the Croatian national team. Juventus pounced and made him the most expensive player in 1. HNL history, more expensive than Luka Modrić was when he was purchased by Tottenham. He looked to be starting to break into the rotation at Juventus and even scored a winning goal in a Champions League victory over Porto, but then injury struck while on international duty playing on a terrible field in Estonia. Pjaca has just never really recovered from that horrible knee injury. Re-injuring it and injuring his other knee as well. He’s had a couple relatively unsuccessful loan moves with his most recent loan move to Anderlecht starting off well with him scoring a goal in three league appearances but being halted due to COVID-19. Knee injuries are tough to truly recover from, so for now, Pjaca will have to be labeled a ‘failed wonderkid,’ but hopefully he can find a way to turn things around. He is still only 25 years old, but will have to overtake Ivan Perišić, Ante Rebić or Josip Brekalo if he wants to get playing time for the national team any time soon.

It’s hard to see such talented youngsters not pan out the way that they seemed like they might, but professional soccer is a tough business, and if you don’t turn out to be as good as hoped, most clubs will just look to the next guy up.

Who are some of your favorite wonderkids who didn’t live up to their potential?