The 112th running of the French Open kick off this Sunday, May 26th, at the Stade Roland Garros. Maria Sharapova and Rafa Nadal will look to defend their titles from 2012, with Novak Djokovic and Serena Williams being the most likely to dethrone them. Croatia has five players in the main draw, and one favorite in the junior tournament. Marin Cilic comes into the French Open in less than ideal form, but his draw is the easiest one he’s seen in a long time at a Grand Slam.  He has played in 4 clay tournaments before this one to prepare and his results have been abysmal, with a 3-4 record including two losses to players outside the top 50. The #10 seeded Croat will face #97 Phillip Petzschner in the first round, and he will not have to face a ranked opponent until potentially #17 Juan Monaco in the third round. Cilic has never made the quarterfinals at the French Open, and this may be his best chance yet. 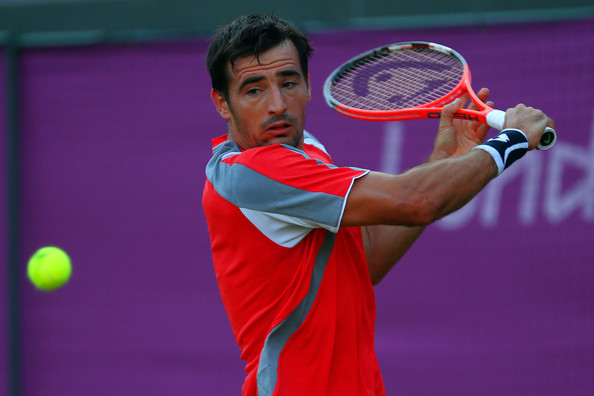 #56 Ivan Dodig will play #101  Guido Pella in the first round. Neither man has made it to the second round at Roland Garros. The winner will likely play the #1 seed, Novak Djokovic.

Croatia’s promising young phenom Donna Vekic has taken over as the top ranked Croatian (#79), at just age 16.  She represents Croatia’s most realistic chance of advancing to the second round, despite clay not being her preferred surface. Donna plays #87, American Mallory Burdette in the first round and will likely face #4 Aga Radwanska should she win.

“The expectations are not too high. In Paris, I will be the youngest one in the main draw, and every victory for me will be a bonus. This is the surface that suits me least and I have the least experienc on it” -Donna Vekic

15 year old Ana Konjuh will play as the number one seed in the junior tournament at Roland Garros. Ana won the first junior grand slam of the year, the Australian Open, for singles and doubles. The juniors tournament begins during the second week of the main tournament.

Last time this year, Petra Martic was ranked in the top 50 in the world and looked to only be moving up. Now, following a lengthy injury and a 2-8 start to the year, she finds herself ranked #100 and should she lose her first round match to heavily favored #14 Ana Ivanovic, she will slip to #190.

Mirjana Lucic-Baroni plays #29 Varvara Lepchenko of the US in the first round. Lucic is ranked 103rd in the world, and has played at Roland Garros three times, most successfully in 2001 when she made the third round.