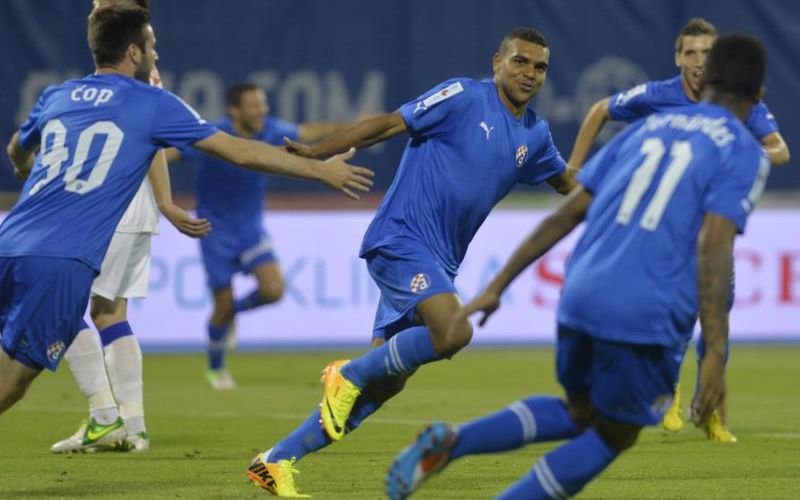 Dinamo Zagreb have started the new season right where they left off.

The Croatian Champions are coming off of their eighth consecutive league title, and took care of the opening game of the season at Maksimir against NK Osijek with a score of 3-1.

El Arbi Hillel Soudani made his HNL debut on Friday, and capped it off with the opening goal of the season.

Soudani received a pass from teammate Zvonko Pamić and dribbled around the Osijek defense before taking a shot from the top of the penalty area and scoring.

Dinamo was pleased with the victory, as Osijek was the only team that they were unable to defeat last season in all of their meetings.

Duje Čop made a big contribution to the match with his two goals in the 19th and 68th minute of the game. After scoring from the spot in the first half, Cop had the confidence to double his tally in the game with a second goal in the second half.

Soudani almost doubled his goals in the game as well, but his second one as ruled offsides.

Jerko Leko and Junior Fernandes, who also made his HNL debut on Friday, had near-goals that would have put the game out of reach for Osijek.

The 2013/14 season will feature two less clubs than the previous season, leaving only 10 clubs to compete for the championship. This equates to five matches per match week, and will play through May 17, 2014. 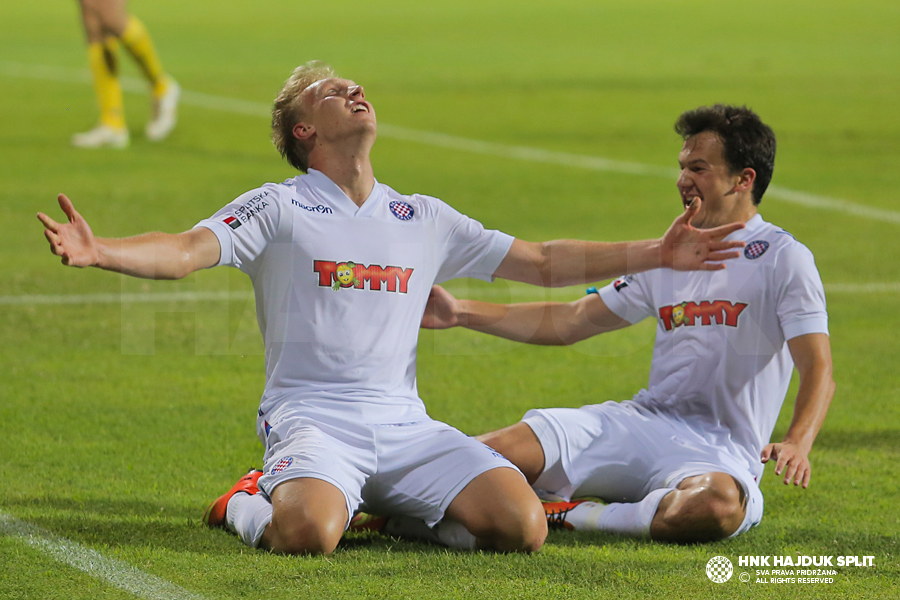 Hajduk Split kicked off their season with a lopsided defeat against their neighbor, NK Zadar.

Zadar had barley hung on to life at the end of last season, but was able to stay in the Croatian first league and compete in the 2013/14 season.

But this is not how they wanted to start their new season.

Hajduk youngster, Tomislav Kiš, put Hajduk in the lead with a quick succession of goals in the 26th and 34th minutes.

But the scoring did not stop there. Jean Evrad Kouassi, Mario Pašalić, and Marco Bencun all scored in the second half to easily gain three points from Zadar.

Despite a convincing win, Zadar was able to net a goal when Želimir Terkekš slotted one past Lovre Kalinić in the 45th minute.

Tudor is also well aware of the club’s “shortcomings” and “inexperience” but also knows that this is a great jumping off point and can build the season around victories such as this one.

Even without top players such as Franko Andrijasević, Mijo Caktaš, and Anton Maglica, Hajduk was able to easily get by with one of the youngest teams they have fielded in recent history.

NK Zadar may have to face some off-field problems soon as well.

Prior to Saturday’s match, Zadar was informed that they could be facing suspension over several violations of league policy. Zadar hopes to resolve the issues by next week. 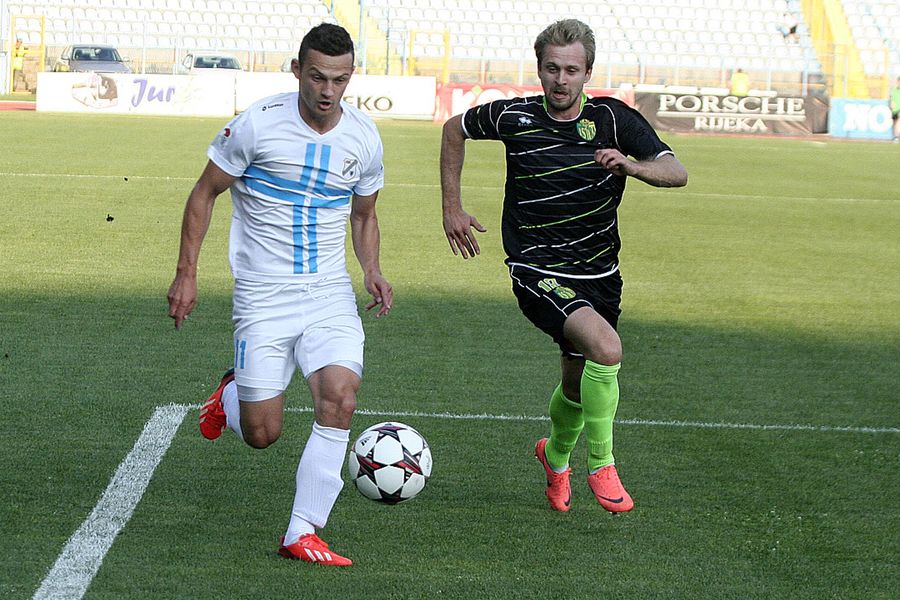 After an emotional moment of silence for fallen Istra player, Alen Pamić, an exciting game for Rijeka fans broke out at Kantrida.

Rijeka donned their new jerseys and took to the field and instantly pressured their opponents. Only 14 minutes in, Mehmed Alispahić created the first scoring opportunity, but just missed the goal.

Rijeka star, Leon Benko has continued his incredible scoring form by scoring two goals in the match on Saturday. But it was a defender, Ivan Tomečak, who got the scoring started in the 16th minute with his first goal of the season.

Benko followed up with his goals in the 47th and 60th minutes with routine precision and confidence.

Rijeka is clearly showing that they are ready to take on the best Croatian football has to offer. With such a strong finish to last season, the club has only added to their arsenal of players with the likes of Anas Sharbini, Ivan Tomečak, and Marko Lescović.

Rijeka is determined to make a run in the HNL this season, and it is looking like they have a chance to reach their goal.

The club will now focus on their next match against Welsh champions Prestatyn Town in the Europa League. 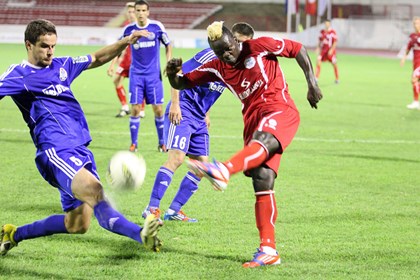 Split is another club that is determined to challenge any team for the championship spot this season.

The Reds proved that they are serious about this season when they continued their impressive form at their home stadium with a 2-1 victory over Slaven Belupo.

the newest member of Split, Goran Roce, has made an immediate impact on the club upon his arrival.

It only took Roce four minutes of play for Split for him to find the back of the net. With some help from teammate, Henri Belle, Roce made his debut for the club memorable.

Ante Mršić doubled the lead, and put in the eventual game-winning goal after receiving a pass from Ante Rebić.

With the score 2-0 in favor of the home team, they seemed to cruise to three points, but Slaven’s Enes Novašić tried to start the rally in the 89th minute, but the match ended 2-1, and Slaven had to settle with going home with zero points. 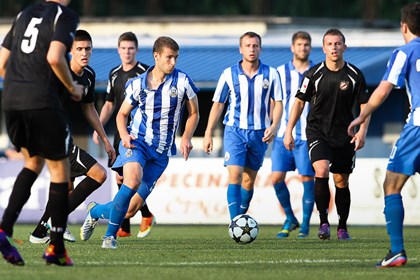 The Croatian Volunteers were unable to keep up with last season’s runners-up and fell 2-0 in their first HNL debut in two years.

The match took place at the Volunteers’ home stadium, Spajic Stadion, which is currently under review by the league. The stadium did not meet requirements for first division soccer, and will be under regular scrutiny by the league and must undergo renovations to meet standards.

In a less-than-ideal atmosphere, the Lokosi took a their time feeling out their opponents before the struck.

Mario Šitum slipped the ball in the goal in the 29th minute, and that would be all they needed to obtain three points.

The Lokosi was gifted an insurance goal in the 50th minute from an own goal scored by Ivan Cović.

Lokomotiva, who will be celebrating their centennial this season, will make their debut in UEFA competition.  They will now go on to face Belarus’ Dinamo Minsk in the UEFA Europa League.  They will also be wearing their new centennial jerseys that feature their new logo.