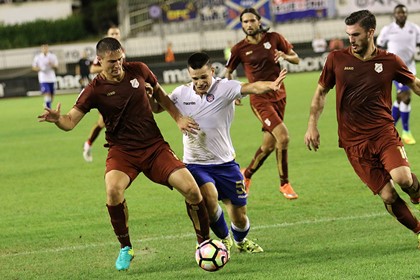 The 2016 half of this installment of the HNL is in the books and has ended with some unprecedented results.

Rijeka remains on top of the table with 52 points from 20 matches played and remain the only undefeated team in the league. Dinamo remain in second place with 46 points, after stealing away a crucial three points at Poljud during their last match of 2015 on December 12 against Hajduk Split, who currently sit in fourth place, one point behind Osijek.

Osijek has been the second biggest surprise this season, after Rijeka’s impressive run, but a closer look shouldn’t surprise anyone who is following Osijek.

The club has spent unmatched funds courting players like Gabrijel Boban, Muzafer Ejupi, and Antonio Perosevic. They continue to spend on stadium and kit upgrades, increase their visibility with sponsors, and have even begun plans for a new stadium, which they hope to become the national stadium of Croatia. Osijek will surely remain among the four teams to have never been relegated come the season’s end. 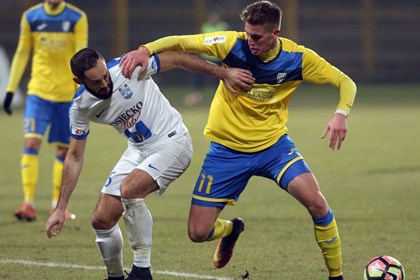 But who will end up on top? Will God smile on Osijek and give us another “Leicester City” story? Or will Dinamo uphold the status quo with their 12th consecutive championship? Will Rijeka hold on to the most-ever points held by a team at the winter break? Hajduk Split’s coach also recently confirmed his ambitions to overtake Dinamo for second place.

Let’s take a look at how previous teams have won the league championship.

It is difficult to say which team is the best of all time. The league has changed formats several times, affecting final standings and has fluctuated from 16 to 12 to 10 teams several times in its history and has played a varying number of matches each season. But the 2006/2007 Dinamo Zagreb team earned a record-high 92 points from 33 matches. That is 40 more points than Rijeka currently has, with 13 matches left to play. That will not be enough for Rijeka to reach Dinamo’s record of 92, but gives them the possibility of reaching 91 points in 36 matches.

It is not likely this Rijeka team will be listed as the greatest-ever HNL team, but it will put them on the short list for greatest HNL runs of all time. The January transfer window is in swing and reinforcements are ready to happen. Anas Sharbini has been sighted working closely with Rijeka officials, but Rijeka, like all Croatian clubs, will be out to make the quickest dollar. Players who have left the club include Josip Brezovec, Vedran Jugovic, Marin Tomasov, Marko Leskovic, Roman Bezjak, Ivan Mocinic, and most recently, Matej Mitrovic.
Dinamo’s unprecedented 11-straight championship run is in jeopardy, but it is impossible to count any team out of the running just yet.

El Arbi Hillel Soudani is the current league-leading scorer with 10 goals. Eduardo remains the all-time scorer with 34 goals in a season. Second most is Ilja Nestorovski with 25.

tPortal has named Franko Andrijasevic as the best HNL player of 2016.

The league will resume play after the winter break ends on February 17.