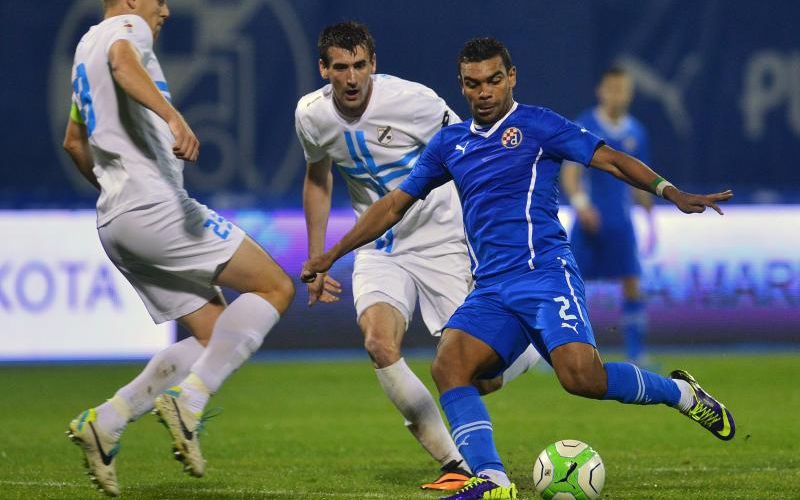 Rijeka has been turning into the darlings of the HNL during what could be their strongest season to date.

The club is just coming off an impressive draw against La Liga’s Real Betis in the group stage of the Europa League and defeated Bundasliga side Stuttgart before that.

Dinamo on the other hand, had a lot at stake coming into the match on Sunday.

They are leading the league by only one point, and have had two extremely disappointing outings in their Europa League groups stages matches; most recently a 3-0 loss to Ludogorec Razgrad.

The match started with high hopes from both teams to put on a great display of football, but many were left surprised, and frankly, a little bored.

The first half ended with Rijeka getting zero shots on goal, zero shots in total, and zero corner kicks. 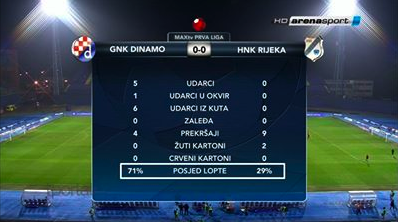 Dinamo also dominated by way of possession, which they owned a season-high 71 percent of in the first half. The match finally saw its one and only goal in the 93rd minute, which brought Dinamo victory, and relief after several poor performances.

Zvonko Pamić entered the game in the late minutes, and was there to take a free kick, that looked to be the final play of the game. Pamić sent in a bending ball that met the head of El Arbi Hillel Soudani who rushed to the ball and won the game for his team.

“We needed this victory, we deserve it,” Soudani said. “We really were the much better team, we dominated the entire game and did not lose faith in ourselves. We had a lot of nice opportunities and ultimately they paid off.” 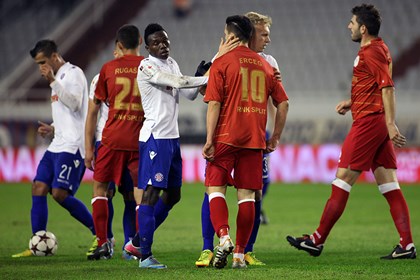 The Split Derby was contested on Saturday, but neither team was able to score a goal on their cross-town opponents. The two teams from Split were forced to split the points.

The up-and-coming players of Split came to Poljud with expectations of gaining at least a point. The “younger brothers” of Hajduk have proven to be a strong team, and certainly will be no push over for even the strongest Hajduk side.

On the other hand, Hajduk has been playing extremely well as of late, and should be expected to take three points in their own stadium, no matter who the opponent is.

Split had the first of few scoring chances in the game. Henri Belle received a nice cross from Goran Roce, But Lovre Kalinić was there to turn the shot away to keep the match scoreless.

Hajduk had few chances in the first half, and Split stopped almost every attempt at a counter attack Hajduk had.

Hajduk tried to step it up a bit in the second half with an early chance on goal.

This set the tone for the second half for Hajduk, who played a much more aggressive and attacking game.

They knocked on the door of the Split goal box, and took several shots from distance, but were unable to manage a goal.

Despite their flurry of offense, the teams had to settle for a scoreless draw. Hajduk missed an opportunity to keep up with league-leading Dinamo, and Split missed and opportunity to climb the league ladder. 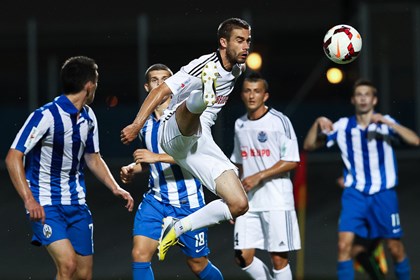 Slaven Belupo did the near-impossible. They came back from an unlikely deficit of 2-0 to defeat a powerful Lokomotiva team from Zagreb.

Slaven has only scored 10 goals this season prior to Friday’s match, and capped a season-high three goals in one game against the Lokosi.

The hero of the game is surly Slaven’s Davor Vugrinec.

The ageless wonder entered the match in the 46th minute and immediately was involved in his team’s comeback.

After being down 2-0 from two quick goals from Mario Šitum in the 10th minute, and Karlo Bručić in the 16th minute, Vugrinec assisted Mateas Delić’s 48th minute goal upon entering the game.

And Vugrinec was just warming up.

The 38-year-old striker would go on to score a goal in the 78th minute to tie the match at two goals apiece.

The veteran also stepped up and took a penalty kick awarded to Slaven in the 86th minute, which he converted for the game-winning goal.

Vugrinec was deemed “unnecessary and old” by his former coach Ivan Katalinić, but Katalinić’s replacement, Mladen Frančić still can see the talent that Vugrinec possesses.

Frančić promised that we would see a “new Slaven” on only one month, and it appears he may be keeping his promise. 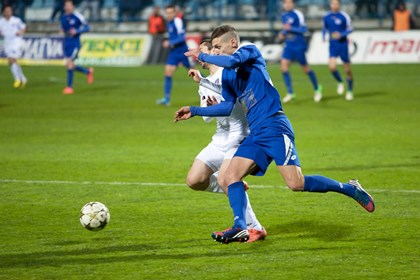 The two clubs finished the match with a scoreless draw, but the outcome could have been very different if not for the decision of a young Zadar midfielder.

Both clubs knew they needed to go for a win, especially Osijek, who have already been deemed “relegated” by some.

Each team had their fair share of quality scoring chances throughout the game, but any soccer player, or fan, knows that there is no better chance to score than on a penalty kick.

This is where the match was decided.

A penalty was awarded to Zadar in stoppage time in the second half. With the game tied 0-0, it was a prime chance for Zadar to secure three points.

Heister, without hesitation, told the referee that there was no foul committed on him, and would not accept the penalty.

This led to the match’s end, and both teams split the points.

This is a refreshing reminder that in today’s football, there are still players who honestly play for the game.  So often, players are seen diving and cheating in order to gain a competitive edge, but on Saturday, Heister still showed that there is dignity and honor in the sport and he knows the true meaning of “fair play”. 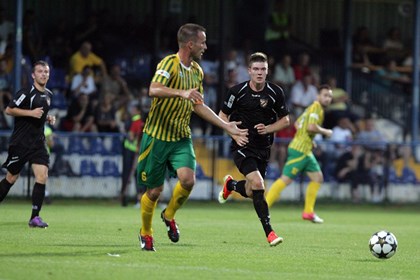 The Volunteers have struggled throughout the season, and once again, Saturday was no exception.

Dragovoljac traveled to Pula to face Istra in their first meeting of the season, and struggled from the first minute.

Slavko Blagojević scored on Istra’s first attempt on target in the 10th minute. On a cold night, with few people in the stands at Aldo Drosina, Istra was able to celebrate again when Dejan Radonjić scored from inside the box after receiving a pass from Sandi Križman.

The Volunteers would make matters worse for themselves when Grgo Zivković was sent off after receiving a red card for kicking a ball at Istra’s Alves de Oliveira Jo while he was lying on the ground.

The Volunteers were able to get one goal back, when former Istra player, Stipe Bačelić-Grgić stepped up to take a penalty kick against the team he left only one month ago.

With the Crni within one goal of tying the match, they had two clear chances to score, but were unable to find the back of the next for a second time and fell to Istra.

Istra now sit in fifth place on the league table. 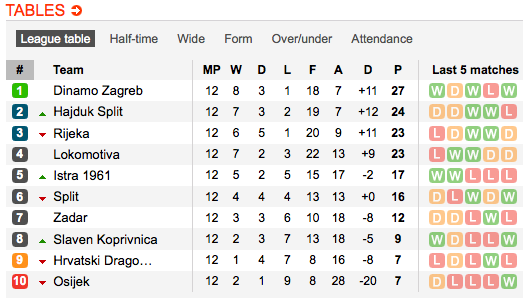