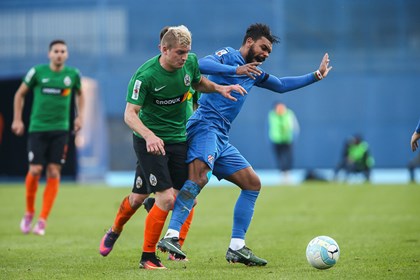 El Arbi Hillel Soudani struck a wundergol on Sunday suitable for any league, level or country of play during Dinamo’s 3-1 win over NK Lokomotiva. The goal was properly assisted by youngster Borna Soša, who showed quite a bit of skill on his own in order to send the cross to Soudani.

Soudani also scored the opening goal of the match while Ivan Fiolić scored his first goal of the season for Dinamo against his former club since returning to Dinamo on August 29. 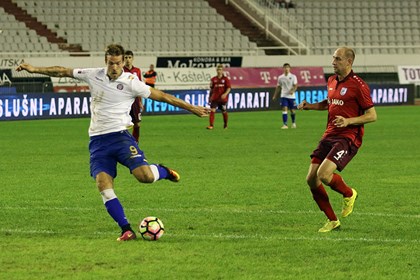 Hajudk Split squeaked out a 2-1 win over HNK Cibalia in Vinkovci Saturday, thanks to two last-second goals scored by Marko Futacs.
Cibalia held the 1-0 lead from the 22nd minute after Edi Baša scored. Cibalia looked to take only their second win of the season, but were left deflated after two stoppage-time goals were scored by Futacs.

A statement from the club was released shortly after the heartbreaking loss. In the statement, Cibalia accused the referee of being sympathetic to the authority of Hajduk, and called it “disgraceful refereeing”. 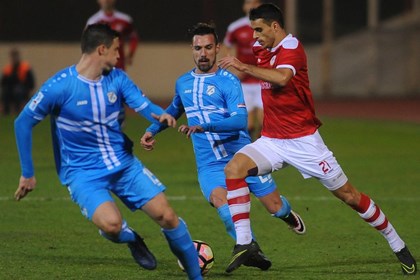 Rijeka remain without a loss and retain the top of the table yet again after defeating RNK Split 2-0. Franko Andrijašević marked his return from suspension with two goals. His first goal came in the 71st minute and his second from a penalty shot after Josip Jurendić was red carded for taking down Goodness Ajayi n the penalty area.

Andrijašević easily converted the penalty and ended the match 2-0. 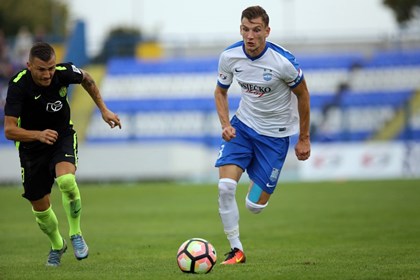 Goals from Antonio Perošević, Borna Barišić, and Muzafer Ejupi sealed the deal in Osijek’s 3-1 victory in Pula against Nk Istra 1961.
Istra took the lead just before the half-time whistle after a mistake led to Ejupi putting the ball in his own net. Perošević was able to negate the goal in the 58th minute, but it was Barišić who scored the game-winner. Ejupi redeemed himself after his blunder to pad the Osijek lead.
Osijek remain tied with Hajduk Split, but sit in fourth place on goal differential. 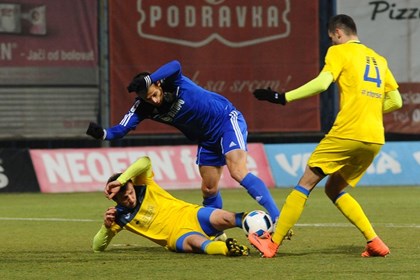 Slaven Belupo continue their recent form with a third consecutive win, fourth unbeaten with a 2-0 victory over Inter Zaprešić on Friday evening. After a 2-1 n over Hajudk Split, Slaven gained three more points thanks to goals from David Arap and Heber.

The Pharmacists remain in fifth place, 13 points behind Osijek, but are a safe five points ahead of Inter Zaprešić.

The Hrvatski Kup quarter finals have officially been set. The first leg ill take place on March 1 while the return leg will commence March 15, 2017.

Talks with UEFA have further indicated the possibility of a “Balkan League” as soon as 2018.

Several variations of the regional league have been talked about following talks of a reconfigured Champions League, which would exclude many nations’ top leagues in favor of regional winners. Talks have bounced back and forth between having a true regional league competition and having a sort of inter-season cup competition that would not affect domestic leagues.

If acting as a cup competition, it would be played from February to May. 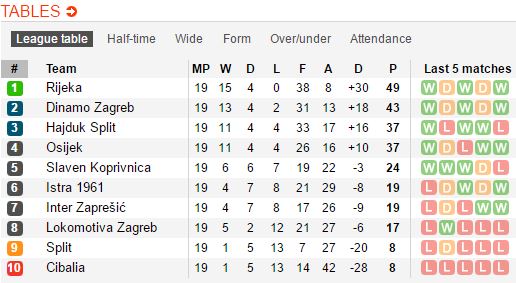