The scheduled Dinamo-Hajduk match up has been rescheduled to August 10, due to Dinamo’s Champions League match that was played on Tuesday against Dinamo Tbilisi. The Modri made the best of the extra two day’s rest and defeated the Georgian side at Maksimir 2-0. The return leg will be played on August 2. 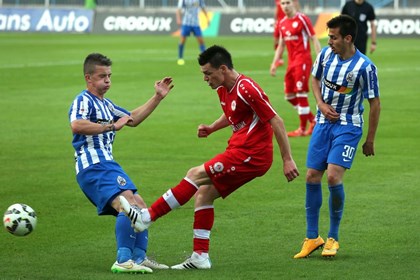 In the meantime, NK Lokomotiva and RNK Split entertained fans with the Mali Derbi on Sunday at Kranjčevićeva, The Lokosi’s home for the season. The hard-fought match ended in the season’s first scoreless draw.

Few chances to score presented itself throughout the match for both teams. The second half grew even more dreadful after a heavy downpour made conditions difficult for the teams. Spliting the points hurt neither side and now Lokomotiv will focus on their upcoming Europa League match against Ukraine’s Vorsklu while RNK Split will prepare to face Hajduk next week.

NK Osijek is living up to its expectations so far and secured three points in their first home game of the season against NK Inter Zaprešić.
Aljoša Vojnović scored his first goal of the season in the 49th minute to break the scoreless deadlock. Vojnović made a sliding kick to send the ball into the roof of the net.

Newcomer Gabrijel Boban scored his debut goal for Osijek in the 68th minute to give the game its final score of 2-0. Boban received a pinpoint pass from teammate Antonio Perošević and easily beat the keeper for the game’s second goal.

Osijek remain tied with the top of the table with six points after the first two weeks. 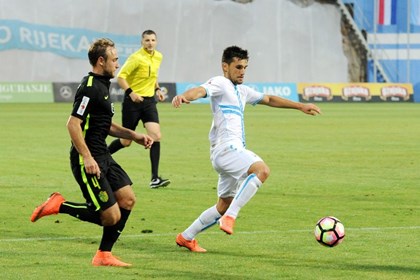 Victory came easily for Rijeka over the weekend when they beat Istra 4-1 at Rujevica for their second win of the season.
Two goals from Mario Gravanović and Roman Bezjak were more than enough for Rijeka to coast to victory against the struggling Istria side.

Goran Roce got on back for his team in the 65th minute, but that was all the offence they could muster up. The Puljani have not seen victory since September 27 of last year.

Rijeka announced yesterday afternoon that former Dinamo and Hajduk Split player, Franko Andrijašević has joined the club, adding to the depth of Rijeka. This will help Rijeka once they start their Europa League campaign on Thursday against Istanbul’s Basaksehir. 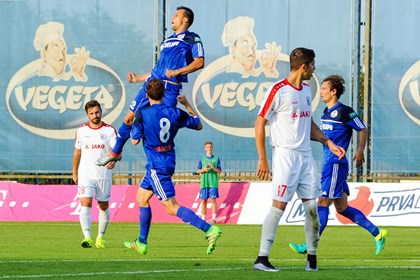 NK Slaven Belupo kept Cibalia searching for its first big-league win over the weekend with a 3-2 victory in Koprivnica.
Slaven struck first with a third-minute goal from Miro Ivanovski, but Cibalia gained the lead with goals from Frane Vitaić and Tiago Rodrigues Farias before the end of the first half.

Cibalia’s lead was turned into a draw by another goal from Ivanovski in the 73rd minute, but the draw was broken with a game winner from Gordan Barić, who won it for Slaven in the 87th minute.

Slaven is tied with the top of the table on points.

Dinamo and Hajduk Split took the weekend off and will resume league play next weekend while making up their derby match on Wednesday, August 10.

Dinamo spent Tuesday evening in a Champions League match against Dinamo Tbilisi. The Modri won 2-0 at Maksimir Stadium, thanks to goals from Ante Čorić and El Abri Hillel Soudani.