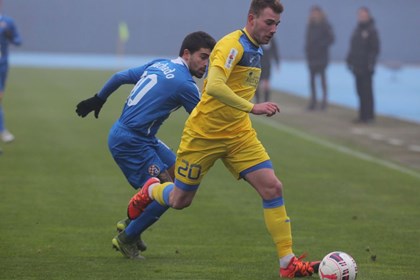 NK Inter Zaprešić proved to be a tough opponent on Saturday during a home match against Dinamo Zagreb, but after 86 hard-fought minutes, Inter fell to the Modri 1-0.

El Arbi Hillel Soudani scored off a ball sent in from a corner by Angel Henriquez. This corner came after some high-pressure play from Dinamo in the last 10 minutes of the game. The pressure paid off with the only goal of the game and three points for Dinamo.

But Inter applied pressure of their own as well. Dinamo goalkeeper Eduardo was named as the HNL goalkeeper of the week in the best 11 on Tuesday for his performance in defending the tough offense created by Inter.

Zaprešić issued a statement on Monday boasting of their pride of finishing the first half of the season in sixth place. This is Inter’s first time in the top flight of football in several years and, but you wouldn’t be able to tell that by watching them.

The team also is realistic in their season, with strong feelings that top scorer Ilja Nestorovski will be on his way out during the winter break.

“Ilja is a player who’s been with us now almost three years. In two and a half seasons, Ilja scored 57 league goals, was twice the top scorer in 2HNL, and now he took the title and entered the major leagues. We need to be realistic and know that Ilja has outgrown us. He raised the bar and certainly deserves a chance on a different stage.”

With the win for Dinamo, they spend the winter break on top of the table, two points ahead of Rijeka. 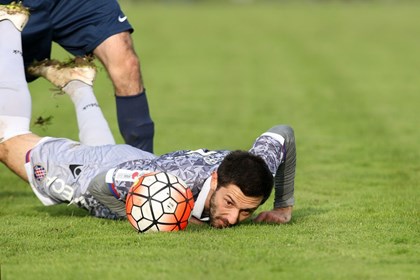 Hajduk Split traveled to Pula to face NK Istra 1961 on Saturday and came home with a positive result, beating the Istrians 2-0.

The first goal from Hajduk-alona looked like it was straight out of the Spanish’s playbook.

It was all Hajduk from then on out. Several attempts were put on target, but goalkeeper Vanja Iveša did his job and made the save.

But the 51st minute was the time for Hajduk to double their lead.

The second goal put the game out of reach for Istra and handed them their sixth defeat in nine games since the departure of Igor Pamić.

Current boss Robert Rubčić will also be stepping down for leading Istra.

The club will announce a new and permanent coach at the beginning of the second half of the season in 2016. 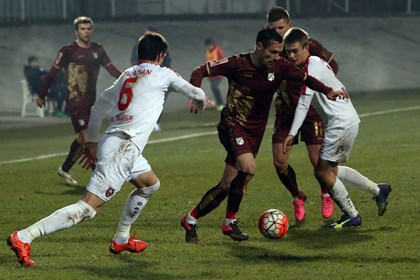 Two goals for Rijeka came from Roman Bezjak in the 53rd and 63rd minute of the match on Friday against Zagreb at Kranjčevićeva.

The 2-0 win for Rijeka also issued Zagreb their 14th loss of the season.

Rijeka was held without a single shot on target during the first 45 minutes of play. Zagreb’s plan of defending was working out rather well, until Bezjak was able to find a hole in the defense and strike one in the net in the 53rd minute.

Ten minutes went by before Bezjak doubled his tally for the day and scored his second goal of the match.

Very little can be done for the Poets as they enter the winter break in last place with only nine points, which is 10 fewer than Osijek who are ahead of them.

Rijeka will finish the fall portion of the season in second place, only two points behind league-leading Dinamo. 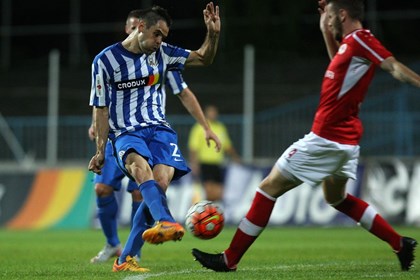 It was as big day for NK Lokomotiva as they shut out Slaven Belupo in Koprivnica 3-0 over the weekend.

Goals from Franko Andrejašević, Eros Grezda and a penalty shot by Mirko Marić solidified three points in the Lokosi’s last match of 2015.

Lokomotiva end the first half of the season comfortably in fifth place, knocking on the door of fourth place.

Slaven Belupo on the other hand end with their third defeat in five matches. The Pharmacists finish of 2015 in seventh place with room for improvement. 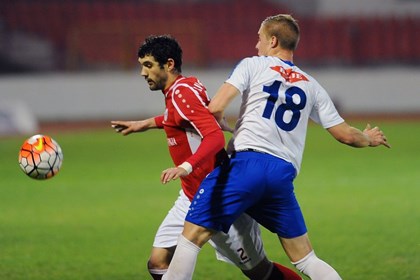 The final match of 2015 featured RNK Split and NK Osijek who finished the year with a 1-1 draw.

Osijek had the match in the bag, and very well could have defeated Split in Split – quite the rare feat in itself – but sabotaged their efforts with a game-tying own goal in the 89th minute.

The boys from Slavonia went up 1-0 with a goal from Alen Grgić in the 76th minute and thought they have done all that was needed for the win.

But a misfortunate turn of events gave Split a point when Nikola Mataš turned the ball into his own net in the 89th minute to end the day 1-1. 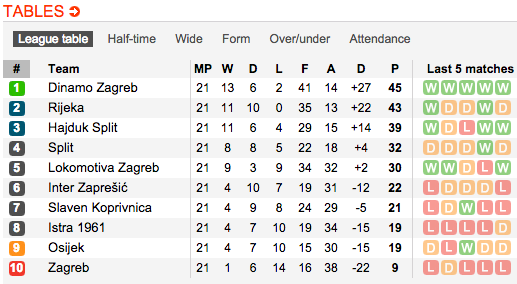