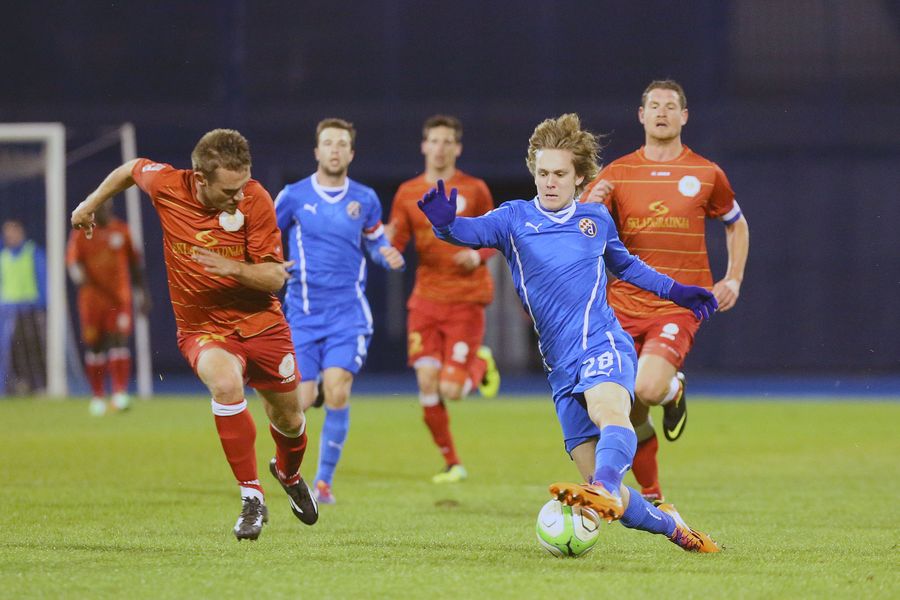 Junior Fernandes was the difference maker in Dinamo’s come-from-behind victory over visiting RNK Split on Saturday at Maksimir.

But Mario Kvešić scored first in the match with this right-footed half-volley that came in the 19th minute.

Kvešić’s shot came from 10 yards out, and the 22-year-old struck the ball to the far post, leaving Antonijo Ježina helpless in his Dinamo debut.

Ježina was tested several times prior to the opening goal, and made his first saves in a Dinamo jersey, but the only discrepancy in his first match was Split’s lone goal.

It took Dinamo only 10 minutes to answer back with a goal of their own to tie the match.

Fernandes scored an impressive goal after Al Arbi Hillel Soudani headed a ball into the box. Soudani followed the ball nicely and one-timed it past Andrija Vuković from point blank range.

Fernandes struck again after taking on three defenders and letting go a low shot from outside the box that was just out of the reach a diving Vuković.

Dinamo sit comfortably atop the league table with a five-point lead, despite playing one less match than their opponents.

“Congratulations to the team on our three points, but I must say that the game was somehow ‘strange’” Dinamo coach Zoran Mamić said. “Neither team entered the match well. There was a good pace, but a lot of errors that otherwise should not have happened.”

Mamić was also pleased with the new additions to the team. In addition to Ježina, Jeremy Travel made his debut against Split on Saturday.

“Ježina is not to blame for [Split’s] goal. And regarding Taravel, he is not completely ready, but he showed class. And Cleyton played the game a lot better than the first part. Of course, no one is completely ready.” 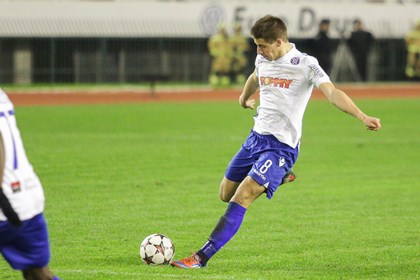 Hajduk Split celebrated it’s 103rd birthday this weekend with a victory against Hr. Dragovoljac in front of a crowd of 7,000 at Poljud.

The Volunteers were not intimidated by the stature of the grand club. They played smart and kept Hajduk scoreless through the first half, while creating several chances of their own.

Hajduk threatened early with chances by Jean Evrard Kouassi, but his efforts were without reward. The Volunteers used this to their advantage and focused their attack heavily on counter attacks, and gave Hajduk and its fans a little scare, but their efforts, too, went without reward.

But it was Mario Pašalić that finally put the Bili ahead on Saturday with a goal in the 46th minute.

Anton Maglica brought the ball to the top of the penalty area and put a perfect through ball into the box that was met by a speeding Pašalić who clinically tapped it in for the opening goal.

Antonio Milic was responsible for Hajduk’s second goal in the 61st minute.

After much ball control and possession, Hajduk was awarded a corner kick that Pašalić sent in, only to be met by the head of Milić, who put the ball past Ivan Čović for the second goal.

The game was all but won for Hajduk, but The Volunteers did not go down quietly.

Dragovoljac sent in a corner in the 92nd minute that led to their consolation goal.

Tomislav Mrcela had an easy tap in as he was left unmarked in the box.

Hajduk was able to celebrate their birthday with a win, but The Volunteers are still struggling to make it out of the relegation zone. 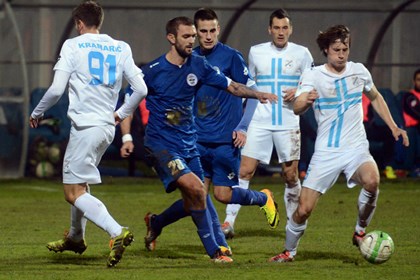 Massive disappointment over took Rijeka today as Rijeka fell to Zadar 1-0 after a hard-fought game on a waterlogged pitch.

Rijeka, with their impressive lineup of proven goal scorers, was unable to create anything in the opening frame of the match.

League-leader in scoring, Leon Benko, attempted several shots on target, but played with an unnecessary sense of urgency that made him seem over excited and was unable to put a quality attempt on net.

Benko’s most quality chance in the first half was easily saved by the goalkeeper, but it was struck with an impressive overhead kick.

But it was Zadar who was at the mercy of the soccer gods on Sunday when the referee awarded them a penalty kick in the 66th minute.

Mirko Hrgoić stepped up to take the kick and put his team up 1-0.

Rijeka was unable to respond to the goal in the second half, but they were awarded a penalty kick themselves late in the game. The foul committed in the box by Zadar’s Marin Čon also earned him his second yellow card of the match, and was sent off in the 82nd minute.

Benko stepped up to the penalty spot to take the shot, but Mladen Matković was there to save the day for Zadar and blocked the hard shot by Benko.

Ivan Krstanović was there to clean up the rebound, but hammered it over the cross bar.

The three points were crucial to Zadar’s mission of staying in the Prva Liga. They are now 13 points clear of the drop zone, and five points ahead of Slaven Belupo, and lie in seventh place.

This is Rijeka’s third defeat of he season and lie in fourth place, having played one fewer match that their opponents. 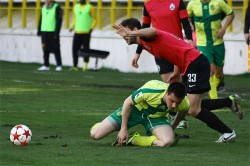 Doubles by Ante Budimir and Dinko Trebotić solidified a very convincing victory for Lokomotiva on their trip to Pula.

Lokomotiva will be celebrating their centennial in the coming months, and have been playing one of their best seasons as of late, and sit in third place, five points behind Hajduk.

Budimir put his team in the lead in the 22nd minute with some help from fellow goal scorer, Trebotić, but the lead was short lived as only 11 minutes later, Dejan Radonić scored from the penalty spot for Istra.

Budimir struck yet again in the 41st minute for his third goal of the season, but again, the lead was short lived. Istra tied up the match early in the second half with a goal scored by Slavko Blagojević.

Blegojević struck a free kick from 25 yards out that took the slightest deflection off the Lokosi wall and dribbled passed Oliver Želenika, who sat helplessly on his knees when he was unable to change directions.

Trebotić scored his first of the afternoon with a long-range blast from nearly 30 yards away.

The ball took a bounce before finding the back of the net, and the goalkeeper was unable to compensate to make the save.

Trebotić’s second goal was from inside the penalty area on the half-volley. His blast was sent passed Igor Lovrić and the Lokosi cruised to a comfortable 4-2 victory.

Istra coach, Igor Pamić, was not pleased with the way his players played.

“My players love me so much, for Valentine’s Day, they got me four goals in our own net. This is the first time in my 12 years of coaching that I got four goals scored on me at home. We simply did not look like a team, but individuals that were playing their own game. This was only the second time since the Istria has been back in the first division that we gave up four goals at home,” Pamić said. “We could not hide our flaws and [Lokomtiva] used that to their advantage.” 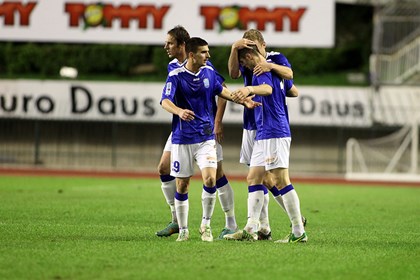 Osijek found some much-needed offense and scored a flurry of goals in their match against a fellow struggling team, Slaven Belupo.

Danijel Cesarec, who is on loan from Rijeka, started the scoring for Osijek in the 16th minute. From then on, Osijek controlled the tone of the match, and with an exception of the lone Slaven goal, which was an own goal, Osijek played near-perfect match.

Osijek are now five points clear of the drop zone, and are catching up to Slaven, who are three points ahead of them on the table. 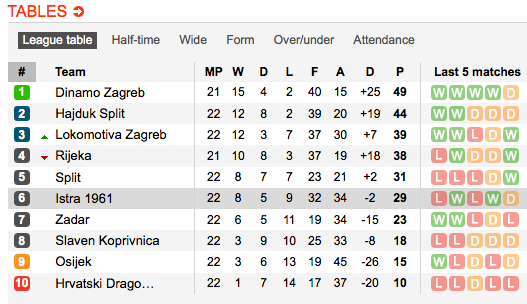