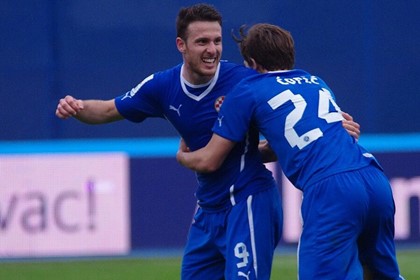 Dinamo Zagreb ended the weekend with another routine win in Istra, thanks to one goal from Soudani and two goals from Amir Hodžić.

Soudani scored first in the 18th minute after some quick footwork and a precision shot that fund the back of the net.

Hodžić followed up the goal with one of his own in the 52nd minute. He doubled his tally in the 90th minute and chipped the keeper on a one-on-one situation.

Istra had few chances on goal, leaving Danijel Zagorac with little to worry about. 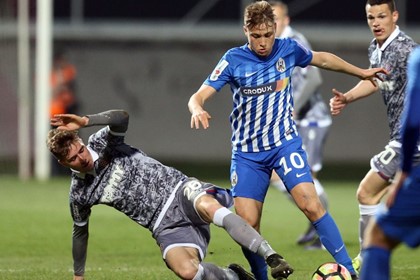 Hajduk Split drew a stubborn NK Lokomotiva 0-0 at Kranjčevićeva this past Friday, even after spending the second half with 10 men.

Mario Fuctas was show yellow twice inside 46 minutes and was forced to enter the locker room early. This left his team down a man, but still persistent in their search for a goal. They were unable to break the Lokosi defense, who also had scoring opportunities of their own.

Lokomotiva’s Eros Grazda twice struck the cross bar, but was left frustrated when the score remained 0-0.

Last week, Hajduk played to a controversial 1-1 draw against Rijeka, who remain undefeated. 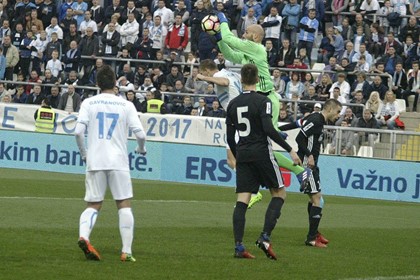 Slaven wet up early in the match, thanks to Josip Tadić’s 14th minute goal. This seemed to only further motivate Rijeka, who were kicking on the door of the Slavenćs goal. The effort paid off when Franko Andrijašević tied the match in the 34th minute.

Rijeka would take the lead after Aleksandar Jovičić headed the ball into the back of his own net. But Slaven was able to answer back in the 72nd minute with a goal from Brazilian, Heber.

Two goals were not enough for Slaven though. Marko Vešović scored the game winner in the 87th minute to keep his team on top and undefeated for the season this far. 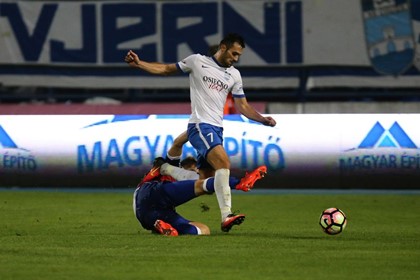 With two draws in the past two games for Hajduk, Osijek has had the chance to gain ground and pass them up. Osijek defeated their rivals, Cibalia in the Slavonia Derby 2-0 over the weekend.

Osijek sit in third place, four points ahead of Hajduk, and 14 points behind Dinamo. 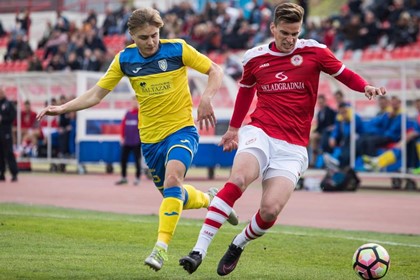 RNK Split and NK Inter Zaprešić played to a 0-0 draw in Split on Saturday.