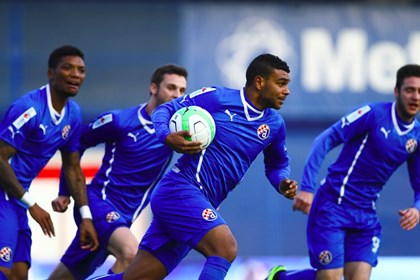 Dinamo Zagreb never let off the gas on Saturday and scored six against visiting NK Istra 1961.

Duje Čop scored twice in the first half, while Junior Fernandez scored one of his own in between Čop’s two tallies.

El Arbi Hillel Soudani scored two goals in quick succession in the second half, scoring one in the 50th minute and again in the 52nd minute.

But Dinamo didn’t stop there. Modri newcomer Alexandre Henrique Silva Cleyton scored his first goal in a Dinamo jersey to finish the match with a six-goal victory. 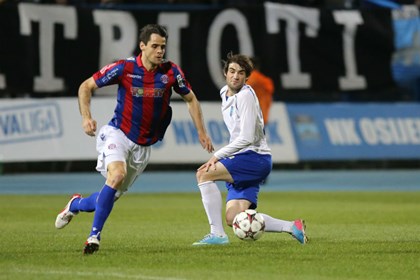 Hajduk Split traveled to Osijek to face NK Osijek at Gradanski Vrt on Sunday expecting to gain three easy points, but ended up settling for a draw against the struggling club.

After a scoreless first half, Osijek came back on the field and stunned the visiting team with the match’s first goal.

Hajduk was unable to score while Osijek shut them down with their 10-men defense.

In a final desperate attempt to avoid defeat, Hajduk was able to score when Antonio Milić scored in the 95th minute.

A shocking result for the Bili allowed Dinamo to climb further up the table, and have a 10-point lead for the first time of the season.

In a time where corruption and mismanaged clubs plague the league, many supporters groups across Croatia have come together and voiced their discontent to those who are in charge. Most famously, this happened when the BBB and Torcida came together at Maksimir after Zdravko Mamić and the HNS tried to keep visiting fans out of Maksimir.

But at Gradanski Vrt, NK Osijek supporters spent the majority of the time hurling insults toward their chanting counterparts.

For nearly 90 minutes, the Kohorts shouted at Torcida, un welcoming them to their city. Torcida responded with a pyrotechnic show that stopped the match for several minutes, which was added on at the end, helping Hajduk secure a draw in the match. 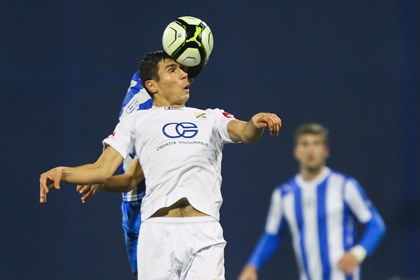 Rijeka’s Anas Sharbini put a blistering shot into the net in the 19th minute to put Rijeka in the lead after Ivan Tomečak used his unmatched speed to take the ball from one penalty box to the other.

Tomečak hit a shot that beat the keeper, but struck the post only to roll right to a trailing Sharbini who hammered home the rebound.

But Rijeka’s lead was interrupted but two quick goals from Ante Budimir. Budimir scored in the 35th and 37th minutes to give the Lokosi their first lead since March 2.

But Andrej Kramarić scored his 15th goal of the season to tie the match. The goal now makes Kramarić tied with former teammates Leon Benko and Duje Čop for lead leader in goals.

Josip Brezović scored the game winner in the 80th minute to secure a win for Rijeka, leaving them one point behind Hajduk.