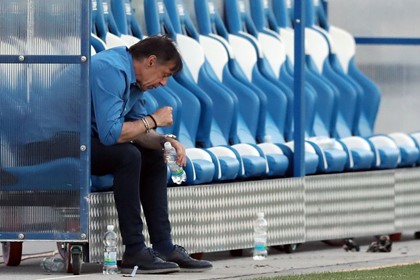 Dinamo Zagreb dropped a crucial match against Lokomotiva for the second time this season. The Modri fell 3-1 at Kranjceviceva on Tuesday, which postponed the clinching of the title while giving Rijeka and Hajduk Split glimmers of hope. Dinamo has achieved only one win in their last five matches.

Both Hajduk and Rijeka earned 5-1 victories against their respective opponents this week, closing the gap between them and Dinamo to four (Rijeka) and five (Hajduk) points each.

The title is still up for grabs, but the schedule is in Dinamo’s favor. The final week of the season will feature Rijeka and Hajduk face off against each other, leaving Dinamo the opportunity to clinch with a victory against Inter Zapresic. If Dinamo defeat Rudes this week, and Rijeka and Hajduk both lose, Dinamo will lift the trophy with one week to spare – the latest clinching of the title for the Modri in recent memory.

Even if Dinamo wins the final two matches, they will win the title with the least amount of points (76) sine the 2011/12 season, where they won it with 75.

NK Rudes mathematically secured their safety in the HNL this week and are currently celebrating a 2-0 win over Slaven Belupo today at Kranjceviceva.

NK Istra and HNK Cibalia both found themselves on the wrong side of the scoreline and are desperately fighting the relegation battle against each other. 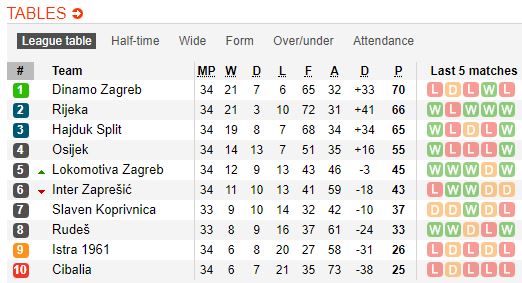