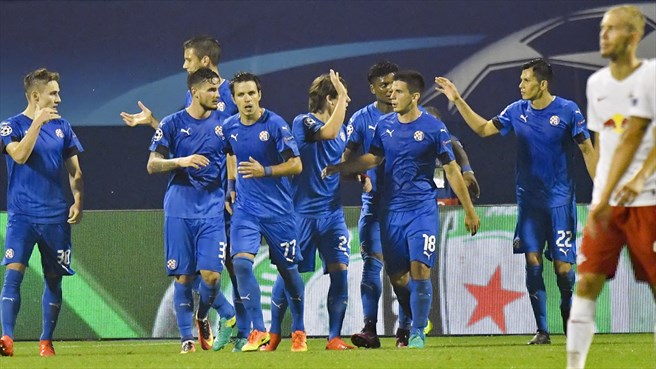 Is it too early to congratulate Dinamo Zagreb on regaining the Croatian Crown?

Five weeks into the 2017/18 season and Dinamo already hols a three-point cushion on the second-place team, Hajduk. Dinamo has already faced Croatia’s toughest challengers and have emerged nearly unscathed.

In a three-week span, Dinamo drew Osijek and defeated both Rijeka and Hajduk. It is all smooth sailing for months before Dinamo will face another tough challenger and there is now little room for the other contenders to make up points.

Barring a few points loss on off days, or European fatigue setting in for the Modri, Rijeka and Hajduk will have to wait for their second chances at Dinamo to make up the ground, while in the meantime, taking more points away from each other.

All four contenders, Osijek, Dinamo, Rijeka, and Hajduk, have shots at prolonging their European campaigns, which could both hinder and help their chances at a Croatian title. One club must rely on the other’s opponents to wear them down during the midweek matches in hopes of weekend fatigue.

But it is just too early to tell what will happen in the HNL season. It is not yet known if any Croatian club will enter the group stages of Europe, or what injuries and transfers will hold for the year. The HNL is more competitive than ever and Dinamo’s transfer window seems to be a one-way street outward as of yet.

Hajduk Split may have lost Jefferson and and Marco Bencun, but they have reinforced themselves with Josip Radosevic and Borja Lopez.

Time will tell and all matches are available via streaming YouTube. Keep up to date with all transfers and matches here at CroSports.

Hajduk Split put up a 1-0 win over Slaven Belupo Frack Ohandza scored the lone goal in the 62nd minute.

Inter Zapresic came back from two-goals down to tie NK Istra 1961 on Saturday evening.

HNK Cibalia recorded its first win of the season with a 3-0 victory of Rudes. Rudes remains the only team without a win. 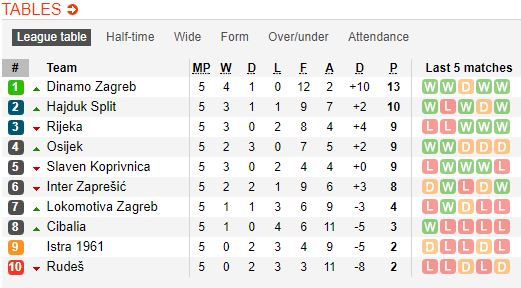