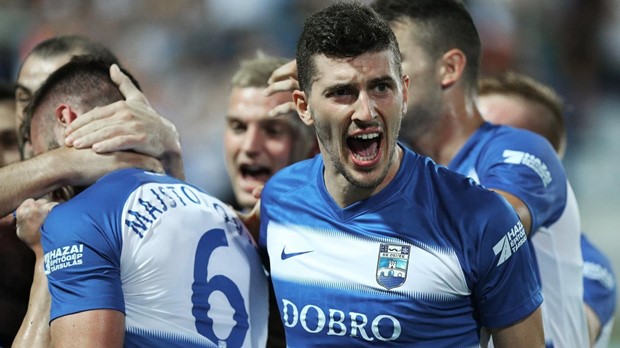 The scheduled match between Dinamo Zagreb and HNK Rijeka was mutually postponed to December 18 as both clubs are facing off in massive European matches this week, which meant Hajduk Split had the opportunity to take three points at Osijek for a seat at the top of the table.

Osijek had other plans and shut down the Hajduk attack, leaving the Bili scoreless on Sunday.

The home side battled an equal match n the first half against Hajduk, but a lapse in judgment on the part of Hajduk’s Ivan Dolček led to an opportunity for Tomislav Šorša to feed the ball to Mance for the game-winning goal.

But the most challenging time for Osijek was still to come. Osijek bunkered down tightly in the second half, with any and all attacking relying on the counter attack. Hajduk meanwhile controlled the ball and the pace of the game, but were unable to chip away the Osijek defense.

NK Lokomotiva earned their second win of the season on a trip to Zaprešić. The Lokosi left with a 2-1 win over Inter thanks to two goals by Lirim Kastrati, however the match took a little longer to complete than anticipated.

In the 39th minute with the score 0-0, the stadium at Zaprešić lost power and floodlights were not able to be used for some time. The match remainder of the match was postponed to Sunday evening. The Sunday portion of the match featured the two goals from Kastrati.

The remaining matches this weekend both ended in 1-1 draws: NK Varaždin drew with Slaven Belupo while Istra 1961 found themselves in a deadlock with HNK Gorica. 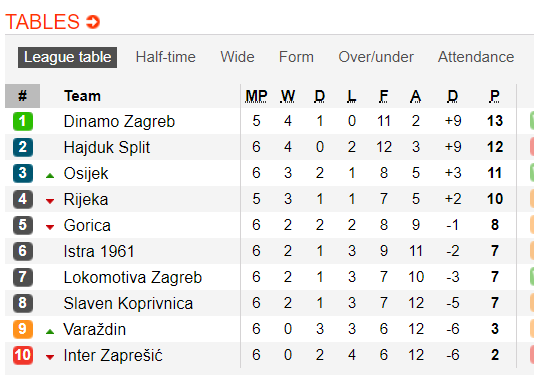