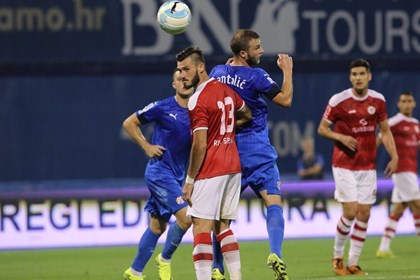 Dinamo Zagreb squeaked a win out on Friday to kick off the sixth match w eek of the HNL against RNK Split at Maksimir, only three days after drawing 1-1 against Red Bull Salzburg in the Champions League playoff round.
The lone goal of the match came in the 62nd minute from Domagoj Antolić, who scored on a rebound coming off a great effort from Ante Čorić.

Ante Čorić has been rumored to be in talks with several Italian clubs, and will be looking to make the move from Dinamo soon.

18-year-old goalkeeper Adrian Šemper made his debut for Dinamo on Friday after it was announced that Eduardo will be leaving the club. Eduardo is expected to make the move to England where he will join Premier League side, Chelsea. Šemper began his career out with a clean sheet, making four saves. 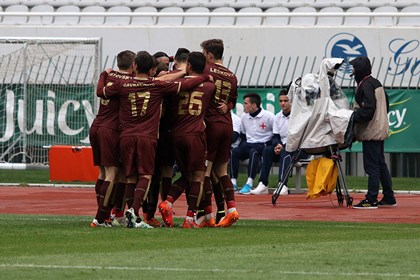 Hajduk Split welcomed HNK Rijeka on Sunday, but the match was all but welcoming for Hajduk.

Rijeka walked away with a 4-2 win over the Bili, regaining possession of first place on the table.

Ardijan Ismajli scored his debut goal for Hajduk in the 66th minute to come within one goal of Rijeka. The 19-year-old Kosovinian defender played one game for Hajduk last season, but has started in four matches for the Bili this season so far.

Rijeka scored an insurance goal off the foot of former Hajduk man, Franko Andrijašević to give the final score of 4-2. Andrijašević subdued his celebration against his old club, but the win put Rijeka back on top of the table. 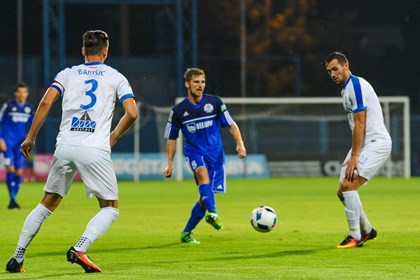 NK Osijek pulled off another win, this time in Koprivnica against Slaven Belupo. It was Osijek’s first win in Koprivnica in nine years.

Mirko Ivanovski scored first in the match giving Slaven the lead in the 41st minute, but it was Muzafer Ejupi stole the spotlight on his return to Koprivnica. Ejupi, who joined Osijek from Slaven only a week ago on a record transfer scored in the 58th minute to tie the match. Ejupi also showed no celebration after the goal.

A major error by Slaven gave Osijek the 2-1 lead when Dino Štiglec scored in his own goal. Slaven was able to stay focused and tied the match at two with an 83rd minute goal from Stefan Savić, but the celebration as short lived.

Ejupi left his mark in his old home with the game-winning goal, scoring in the 85th minute. Ejupi scored on a volley six yards out after the ball was sent in on a cross, and looked almost disappointed after scoring the game-winning goal. Fans showed much dismay, even throwing trash on the field after it was scored. 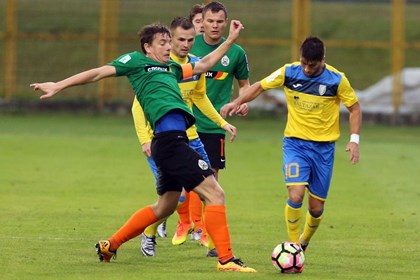 NK Lokomotiva is still hunting for their first win of the season, despite being undefeated in Europa League play so far.

The Lokosi drew 2-2 against Genk in the Europa League playoff match, but they could not hide the high through the match in Zapresic when they played Inter on Sunday.

Two goals from Jakov Puljić was too much for Lokomotiva, who were only able to score once in the match. Inter moves to sixth place on the table while Lokomotiva drop own to last place. 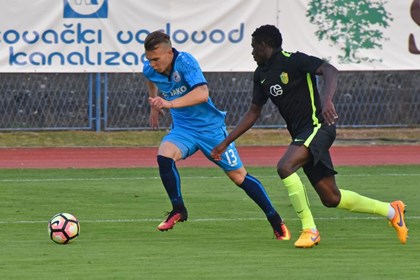 NK Istra and HNK Cibalia are two more teams without a win, and did not help their causes by drawing 1-1 on Saturday. Frane Vitaić continues his recent good form with another goal in the 28th minute His goal was countered by Theophilus Solomon’s goal in the 56th minutes. The teams shared the points and remain winless. 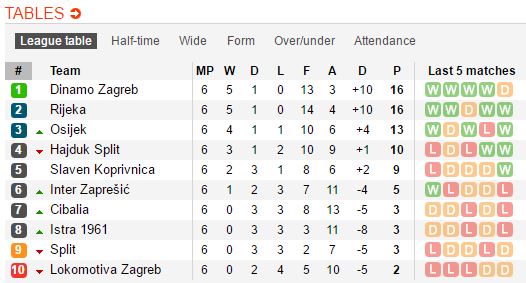