In a day that will go down in Grand Slam history, seven players, including #10 seed Marin Čilić, were forced to withdraw or retire during their matches at the All England Club, as questions arose over Wimbledon’s grass surface. Other high profile players who withdrew were #6  Jo-Wilfried Tsonga (Cilic’s potential round three opponent), #2 Victoria Azarenka, and American John Isner. In addition to all the injuries, three stars of tennis, Maria Sharapova , Rafa Nadal and Roger Federer, shocked many with early round exits. Cilic, who after his first round straight set win over Marcos Baghdatis said he was playing “some of his best tennis”, said Wednesday was “a very dark day”. 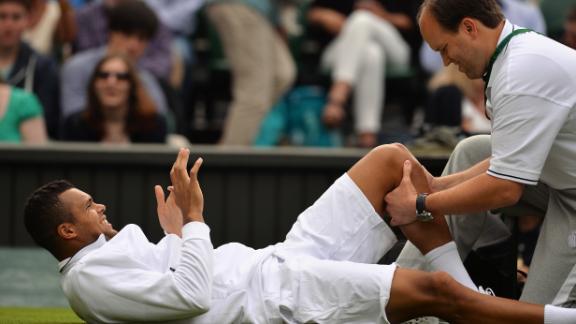 Croatian singles players were largely successful in the first round, going 4-2, with Donna Vekić and Ajla Tomljanović suffering the only losses. Tomljanovic lost a tough 3 setter to#39 Bojana Jovanoski, but she still finishes the week with a career high ranking. Vekic will be left wondering what went wrong, as she came into the week off of a final appearance in a large pre-Wimbledon tournament. She is now 1-3 in the Grand Slams this year. Donna will play mixed doubles at Wimbledon alongside American veteran James Blake. 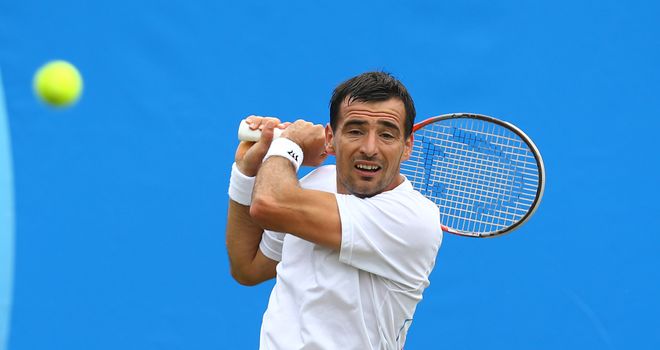 Ivan Dodig pulled off an upset in the first round of singles, beating #16 Philipp Kohlschreiber after falling behind two sets. Ivan fought back to two sets a piece, and was given a victory when the German had to withdraw due to injury in the 5th set, with Dodig up 2-1. Ivan and his Brazilian doubles partner, Marcelo Melo, also advanced to the second round in that competition. He will play American Denis Kudla on Thursday. Petra Martić has begun to shows signs of her pre-injury play at Wimbledon, as she beat Anna Tatishvili in the first round to pick up some much needed points. Petra has fallen to #141 in the WTA rankings but could break back into the top 100 after the tournament. She plays #77 Karolina Pliskova of the Czech Republic in the second round Wednesday.

Mirjana Lučić-Baroni won 6-1, 6-4 in her first round match to Sofia Arvidsson but did not have enough to take down the #19 seed Carla Suarez Navarro in the 2nd round, falling 1-6, 6-3, 6-3. Her first round doubles match with Jelena Jankovic is on Thursday.