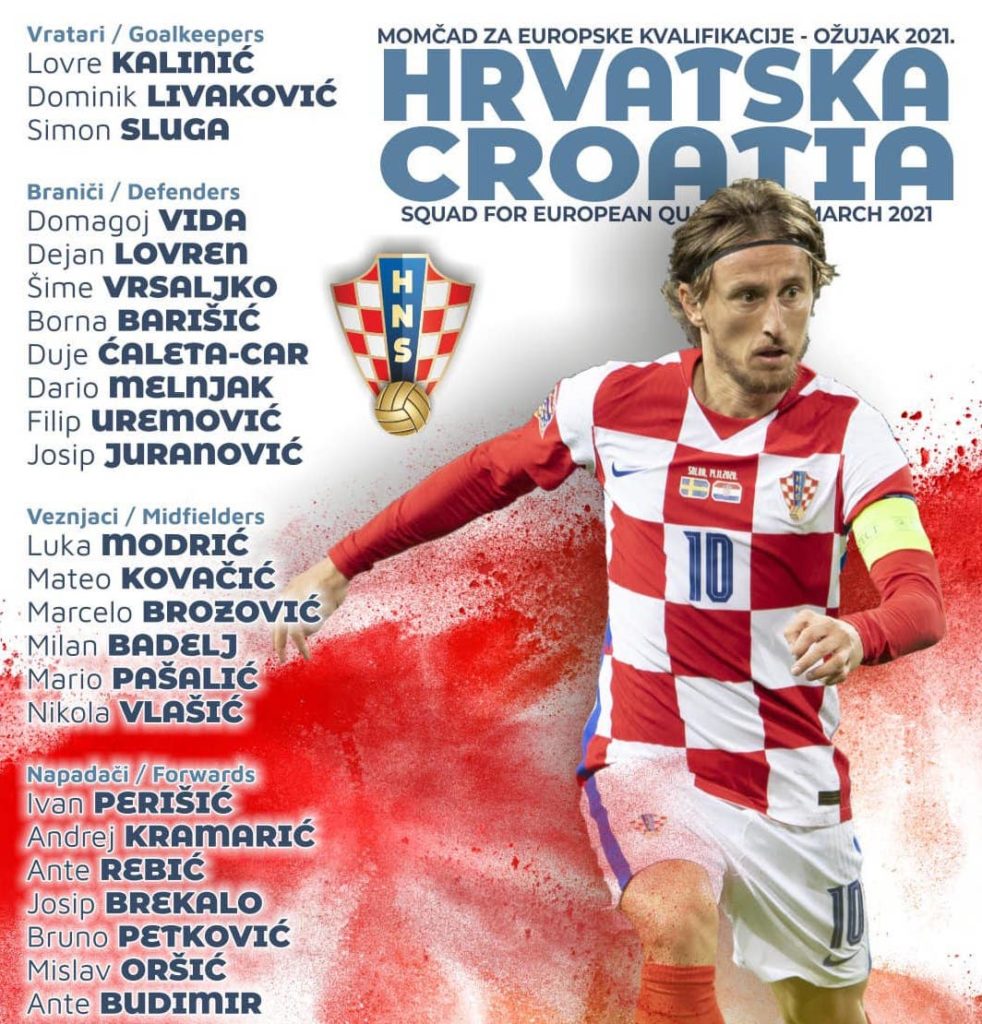 What an interesting turn of events in only a few years. At the 2018 World Cup in Russia, we considered the left back spot to be our weakest link with Ivan Strinić and Josip Pivarić being our best options. I am not saying those two were bad players. They have both played for some decent teams in their careers and I am sure we all appreciate their efforts playing for the national team. They both played their hearts out in Russia and had some of their better games in the ‘checkers’, but now we have some serious talents at left back. However, maybe we have TOO MUCH talent. Having more depth than you need is always a good problem to have, but it also creates a debate as to who is the best option. So, let’s take a look at the options that we have at left back as there is no debate when it comes to Croatia’s world class midfield that facilitates a capable strike force.

Borna Barišić: Barišić looks to be Zlatko Dalić’s first choice left back for the time being. Barišić has been in great form this season, recently helping Rangers to a historic Scottish Premiership title and scoring a couple of penalties in their Europa League victory against Royal Antwerp. Barišić seemed to take the reins at the left back spot following the World Cup when Strinić and Pivarić fell out of contention due to injuries and poor form. He has had some great performances for the national team as well as others that have not stepped up. What he provides is a great cross, decent defending, and some very nice set pieces.

Borna Sosa: Sosa has been in the form of his life this season. He has provided eight assists in the Bundesliga while playing primarily as a left wing-back for a surprisingly decent Stuttgart side. He has been a large part of their success and continues to improve with each game. Not only has he been a staple for Stuttgart, but also for the U-21 national team, starting nearly every U-21 Euro qualifier for Croatia. After not being called up by the senior side for this month’s World Cup qualifiers, it is expected – despite his red card suspension – that Sosa will be with the U-21s for the Euro group stage which is also this month. What he provides is attacking creativity (he can play a good cross in from just about anywhere) and solid aerial defending.

Domagoj Bradarić: Bradarić is an interesting one. He seems to have lost his starting place for Ligue 1 leaders, Lille. His manager tends to rotate his squad frequently but Reinildo Mandava looks to be getting a lot more starts than Bradarić in recent times. There are claims that he lacks focus and is not that strong defensively. However, he is the youngest out of the three players I have mentioned so far and, in my opinion, has the greatest potential. After performing well for the  Croatia senior side during the last international break, Dalić has dropped Bradarić back down to the U-21s to cover for Sosa while he serves a suspension for the first game or two of the U-21 Euro group stage. He also has something you can’t teach: speed. Not only that, he is also very good with the ball at his feet and can beat a man with his quick dribbling. He too has a decent cross, but I would say not as good as the others: Sosa or Barišić.

Dario Melnjak: Can you imagine the outrage on this site if Melnjak is the starting left back for the Euros this summer? He has been okay when he has played for us, he plays in a decent league, and from my understanding, does alright there. In my opinion, he is a decent player, but the other players I have mentioned are simply better than him. I will not be that surprised if he makes the Euro squad, but I will be quite shocked if he is the starter.

Joško Gvardiol: Gvardiol is really coming into his own this season playing at left back for Dinamo Zagreb. He just looks like there is no way he will not be a top player and I have been hyping him up in the comments ever since I first heard about him from playing Football Manager 2017 years ago. Gvardiol will be on the senior team very, very soon. However, it is still to be determined if his best position is center back or left back. He is naturally a center back, but has been playing as a left back all season since Dinamo have more quality depth in the center back position. We will find out once he gets to RB Leipzig next season. I think he will most likely get his first call up AFTER the Euros this summer.

With all this being said, who will be the starter and who will be the back-up this summer? I think the most likely duo will be Barišić as the starter and one of Sosa or Bradarić as the deputy depending on who finishes the season better. It also could depend on how well the U-21s do this month. If they make it to the knockout stage, we may just have to wait until after the Euros for the true left back competition to begin. Who do you think our starting left back will be this summer and who will make the squad as the back up?