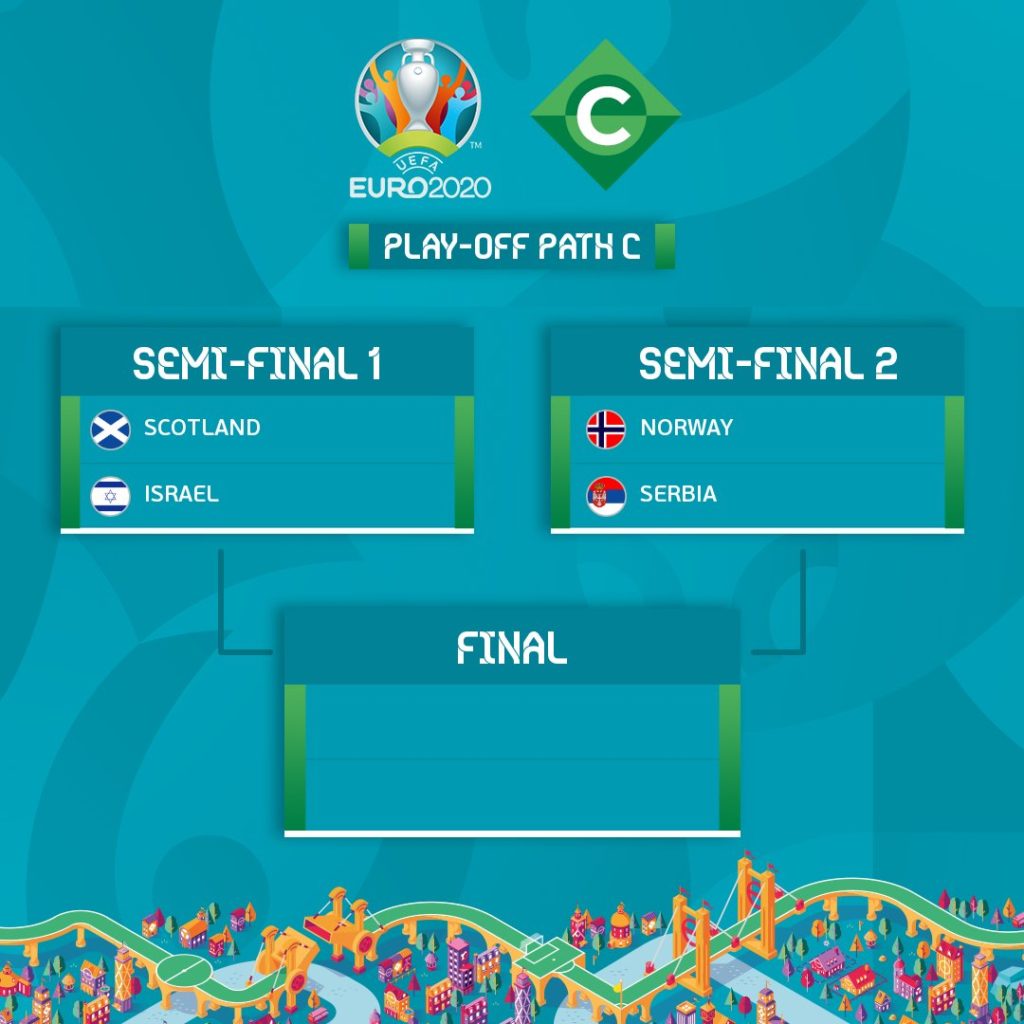 With Euro 2020 being postponed to next summer because of the recent pandemic and effectively becoming Euro 2021, we still do not know who will join Croatia, England, and the Czech Republic to become the final team in Group D. As you probably all know by now there are four possible nations that could take this spot. Those teams are: Scotland, Norway, Israel, and Serbia. Knowing that whichever of these nations qualifies will be our final group stage match, it could be a very important match to determine where we finish in the group. We are certainly better than all of these teams. However, with each team bringing a different challenge, who would be the best match-up for our national team?

In my opinion, Israel would be the best-case scenario if we are looking for the easiest final group stage match. Depending on the results of our other matches, we would likely be able to rest our starters –  preventing any injuries – and would still likely get the win. Israel has not played in a major tournament since the 1970 World Cup, and would definitely do everything to get a result against us. But I still think that we should quite easily be able to get a victory over their squad as we have won eight times and drew once in nine matches against them.

The final group stage match will be played in Glasgow, giving Scotland a massive home field advantage and the hunger to get a result in front of their home fans. Not only this, but we have never beaten Scotland in five matches played, with the two losses coming in qualifying matches for the 2014 World Cup. With that being said, I still feel they would be the second-best option here. Our national team has come a long way since those losses and Scotland is not a team we should fear. Their best player is Liverpool’s Andy Robertson. While he is a top-class player, and I would love to have someone like him on our team, I do not see too many players around him that I deem game changers. Maybe someone like James Forrest would cause Croatia problems with his speed, but I still see us winning this match-up without too many problems.

I personally think Norway is the best team out of the four on this list and they have a few young players that can really cause us problems. Erling Braut Haaland and Martin Odegaard look to be developing into star players. And with another year for them to get better and perhaps develop some chemistry, they could be even tougher. Haaland would definitely be a handful for our defenders. He is very fast, he is strong, and is a deadly finisher. Odegaard has been one of the best players in Spain this season and the young midfielder Sander Berge just got his move to the Premier League with Sheffield United. But there’s one thing that puts us well ahead of Norway: experience. At least half of our team has played in a major tournament and have been playing together for years. Norway could be a really good team in the future, but they just are not there yet.

Honestly, Serbia probably isn’t much better than Scotland, if at all. But this match-up has the potential to cause fireworks, figuratively and literally. While political tensions have cooled down over the years between Croatia and Serbia, there’s something about soccer that brings out the crazy in some people. I do not think that stadium security wants to deal with what could possibly happen in this match and we do not need to go back to getting points deducted and playing matches without fans. Even if nothing crazy goes on and it is just a normal match, just the small possibility of losing to Serbia in a major tournament is not something I would like. We would likely win nine times out of ten. But it’s that one loss that would haunt us if it happened in this match. If Serbia somehow knocked us out of the Euros, it would be a very hard pill to swallow.

At the end of the day, we have to be ready to play any of these teams. We know we are better than all of them and should be able to beat all of them with no problems, but I do feel as though some matches will be easier than others. Who would you like Croatia to play in their final group stage match? Do you think it matters who we face?