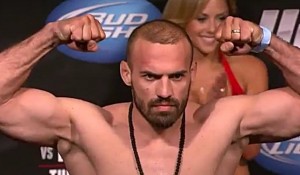 The Croatian slugger Igor Pokrajac is the latest addition to November’s recently announced UFC Fight Night 32 event in Brazil. The Croatian Light Heavyweight will face a very tough opponent in Rafael ‘Feijao’ Cavalcante. The Brazilian is an ex Strikeforce World Champion but he is still looking for his first victory inside the Octagon since his debut KO loss to Thiago Silva in June. The fight between Silva and Cavalcante did earn the “Fight of the Night” bonus as it was an action packed bout. I expect the bout with Pokrajac to be nothing less, as the Croat loves to throw leather with abandon once the Octagon doors close.

UFC Fight Night 32 takes place Nov. 9 at Goiania Arena in Goiania, Goias, Brazil. The bulk of the card airs on FOX Sports 1 following prelims on Facebook. It is not clear where on the card this bout will take place but stay tuned for more info leading up to the event. 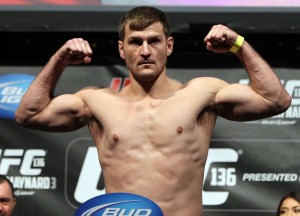 As reported by several MMA media outlets a rumour about a potential bout between Croatian Heavyweight Stipe Miocic and Top Contender Travis Browne is being targeted for an event in December. The potential matchup, which was also revealed on Wednesday’s edition of “UFC Tonight,” could take place at either UFC on FOX 9 or UFC 168, though nothing has been finalized.

The Crippler has spoken to Miocic and was informed that nothing has been confirmed nor has he received a call from the UFC confirming the bout. All we can do at this point is wait for the bout to be made official by the UFC. The bottom line is that this fight would be huge for Miocic as Browne is coming off a KO victory of Allistair Overeem and is considered to be one of the next guys in line for a shot at the belt. A victory over Browne would catapult Stipe into title contention and would probably put him next in line for a shot at the champ. That theory also depends on what the UFC has planned for Fabricio Werdum and Josh Barnett as they still are ahead potentially for a title shot. It is all speculation at this time and nobody but the UFC knows the plan and who they think is next in line for a shot at Heavyweight Champion Cain Velasquez.

FIFA opened a disciplinary case against Croatia on Tuesday because of its fans' taunts aimed at Canadian goalkeeper Milan Borjan
https://www.cbc.ca/sports/soccer/worldcup/fifa-croatia-disciplinary-case-1.6667609

In today press conference, Dalic did not hold back on his feelings about the Croatian medias’ treatment of Kramaric.

Saying Kramaric’s mental and lack of form has been partially due to the criticism. “Banging his head against the wall on how he fits in the team”