Igor “The Duke” Pokrajac must have impressed the UFC brass with his destruction of Krzysztof Soszynski at UFC 140 because he has inked a new five fight deal with the Ultimate Fighting Championships. This is big news for the Croatian Top Team stand out. Pokrajac’s next fight or opponent is still unknown at this time. CroatianSports.com would like to congratulate Igor on his new contract and wish him success in his future UFC bouts. 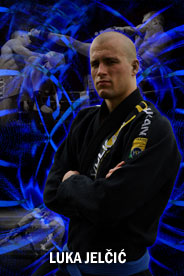 Another Croatian Top Team fighter as well as Igor Pokrajac’s ground coach himself, Luka Jelčić, notified me via Facebook today that he has an upcoming contest, but it won’t be an MMA fight. Luka will test out his boxing skills in an amateur bout under the Croatian Boxing League. Luka was approached to compete in the new Croatian boxing league, and as a true combat sportsman, graciously accepted the invitation. His opponent and the date of the event are unknown at this time.