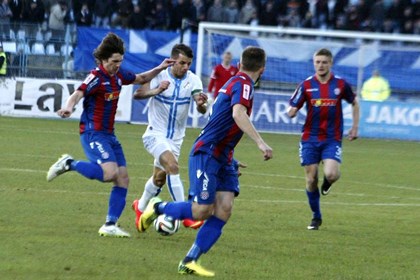 In the past 60 matches between Hajduk Split and Rijeka, Hajduk has won 27 times while 17 have ended in a draw.

Hajduk has historically been among the cream-of-the-crop in not only the HNL, but in the Yugo first league as well, consistently winning titles over the likes of Dinamo Zagreb, Crvena Zvezda, and Partizan.

But in recent days, Hajduk’s dominance has dwindled and has made way for a new threat to the league.

160 miles north of Split, one of Hajduk’s fiercest rivals, Rijeka, has turned into a new force in Croatia. In the past 10 matches between the two clubs, Hajduk has gone winless. In fact, Hajduk has not beat Rijeka since March 21, 2012, and Wednesday’s match was no exception.

The two teams met at Kantrida yesterday in a make-up game after the match was postponed two weeks ago due to heavy snow.

Rijeka entered the match as favorites with full expectations of victory, and their play clearly spoke of their confidence and skill. 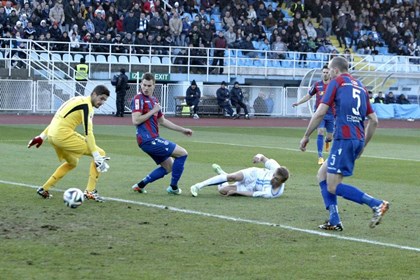 Despite being without goalkeeper, Ivan Vargić and midfielders, Mate Maleš, Josip Mišić, and others, Rijeka started Anas Sharbini and Vedran Jugović on the wings, and it paid off quickly.

Jugović scored in the second minute of the game and set the tone for the rest of the evening.

Newcomer Bekim Balaj, who only made his HNL debut for Rijeka this past weekend against Istra, scored his first league-goal with the club in the 13th minute to make it 2-0.

Balaj’s goal came from a well-struck shot from nearly 20 yards out to beat Marko Ranilović who had no chance of making the save.

Rijeka continued to run the show with possession and dominance throughout out the rest of the first half and into the second.

Hajduk only registered three shots on target with none of them threatening Andrej Prskalo, who was in net to replace Ivan Vargić who was sidelined to to a recent bout of headaches.

Rijeka sealed the deal in the 83rd minute when Jugović scored his second goal of the game.

“We were better, more dominant, and deserved to win,” Rijeka coach, Matjaz Kek said. “The correct team won the derby and we dominated. Congratulations to the players.”

The tides have changed in the Jadranski Derby and have left Rijeka with the chance to easily sail though the rest of the season and capture second place in the league which will lead them to a Europa League spot.