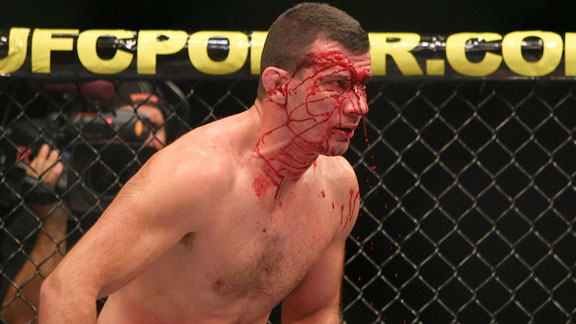 UFC Light Heavyweight contender Anthony “The Hippo” Perosh was gracious enough to give The Croatian Crippler an interview following his loss to Ryan Jimmo at UFC 149. The loss snapped Perosh’s three fight win streak since moving to the UFC light heavyweight division. Look for the Australian Born Croat to make a quick come back and get back in the win column in his next bout.

Enjoy the interview and post any comments or questions you may have for Perosh or the Croatian Crippler.

1. Where in Hrvatska is your family from? and do you go back often? Can you speak the language?

My dad is from Solta and my mum from Kastel Stari. I first went in 1980 when I was 7 years old and then didn’t go again for 30 years! Now I have been back 3 times in the past 3 years. I can speak conversational Croatian.

2. Do you attend Croatian events in Australia?

I do attend if it is a big event or a holiday or a celebration of some sort.

3. Do you follow any other Croatian athletes such as the national soccer team for example?

I enjoy watching the Croatian basketball team play and anytime a Croatian is competing I always go for them. Unless they are playing an Australian haha

4. Do you have any favorite Croatian music artists you listen to?

5. You had a three fight win streak ended in your last fight with Ryan Jimmo. Is there anything you would of done different leading up to the fight? or in the fight?

6. How did your training camp go for your last fight?

It was great. I would not have changed anything. I had a good mix of conditioning, sparring and technique with boxing, wrestling and BJJ coaches. Unfortunately I did not get a chance to show off my skills in my last fight.

7. After this loss whats your next move? Any ideas when you will get back into the Octagon?

I am just playing the waiting game waiting to hear when my next fight will be. I am hoping to fight end of the year.

8. In your next fight is there anyone you would like to fight next?

I will fight anyone the UFC puts in front of me. Except Igor Pokrajac haha as we are friends and team mates.

9. You have trained with Mirko CroCop and have also competed against him. Is there anything you can say about training with him and what is was like competing against him?

It was a great honour to train and fight him. I have nothing but respect for him.

10. Do you have any plans of going back to Hrvatska to train with either Mirko, Igor Pokrajac, Goran Reljic etc….?

I don’t have any immediate plans but I would love to come back to Croatia and train.

11. Have you followed the other Croatian UFC fighters like Pokrajac and Stipe Miocic? Any comments on them?

Yes I am in regular contact with Igor. He is doing great on a 3 fight win streak and Stipe is doing great too. They both have big fights coming up and I wish them all the best.

12. How many more fights do you see yourself competing in the UFC?

My goal is to keep fighting and winning in the UFC for as long as I can.

13. Any plans on retiring in the future or are we going to see the Hippo tapping out guys for another ten years?

I will keep fighting until my mind or body gives up…whichever comes first!

14. Anthony “The Hippo” Perosh vs Mike “Croatian Crippler`Rozic what would be the outcome?

At the start of round 1 The Crippler will start running around the ring and keep running for 4 minutes 30 seconds until he tires himself out and falls down. I will then jump on top, get his back and win by rear naked choke in 4.57 of the first round