It was an El Clasico for the ages! With Barcelona needing all three points at the Bernabeu to make any shot at a La Liga title possible, Ivan Rakitić and Lionel Messi showed up in the biggest way. Coming into the match, Real madrid would have been content with a draw as they had a three point lead on Barcelona as well as a game in hand. And everything was going in Madrid’s favor when Casemiro put Los Blancos up 1-0 in the 28th minute. However, Rakitić would slot a pass to Messi in the box five minutes later to tie up the match going into halftime.

In the 73rd minute, Rakitić would break the deadlock, cutting back the ball just outside the box and sending a left-footed strike inside the left post. The goal looked to be the winner, however, substitute James scored the equalizer for Real Madrid in the 85th minute. But in true Lionel Messi fashion, the Argentine secured a 3-2 win for Barcelona on the last kick of the game two minutes into extra time with a left-footed strike. The victory put Barcelona level on points with Real Madrid and will surely ramp up the team’s motivation going into the final stretch of the season. Luka Modrić played the full 90 minutes for Real Madrid, dictating the offense in usual fashion and sending one powerful shot towards goal. Mateo Kovačić came off the bench in the 70th minute and had minimal impact on the game even though he picked up a yellow card for a hard tackle on Messi.

Duje Čop played the full 90 minutes for Sporting Dijon and assisted on the last goal in a 2-2 draw with Osasuna. The draw keeps Sporting in the relegation zone, four points behind Leganes for safety. Alen Halilović got the start and played 77 minutes for Las Palmas in a 1-1 draw against Alaves on Sunday. Halilović hasn’t scored one goal for Las Palmas since coming over from Hamburg in the winter and has been a slight disappointment thus far in 2017. 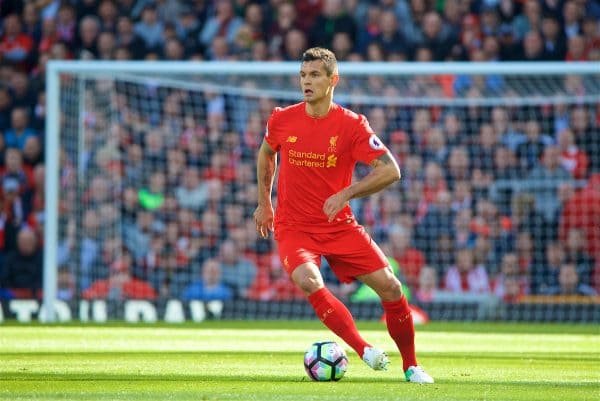 Dejan Lovren had a nightmare performance Sunday in a 2-1 Liverpool loss to Crystal Palace. A win would have kept Liverpool on pace to qualify for a top-4 Champions League berth but now those hopes are in trouble. Although still in third place, both Manchester clubs are within three points and have two games in hand. Lovren is to blame for one goal as he was slow to track back to his defender and mis-marked the Palace defender on a set piece for the second goal. Manager Jurgen Klopp decided to sub out Lovren in the 79th minute for tactical reasons.

Danijel Subašić and Co. picked up another big victory, winning 2-1 at Lyon on Sunday to keep Monaco in France’s pole position. Subašić made two saves and was not at fault for Lyon’s goal. Monaco and PSG are level on points, but Monaco has a game in hand and a big goal difference advantage, with five matches remaining in Ligue 1 play for Monaco and only four for PSG. 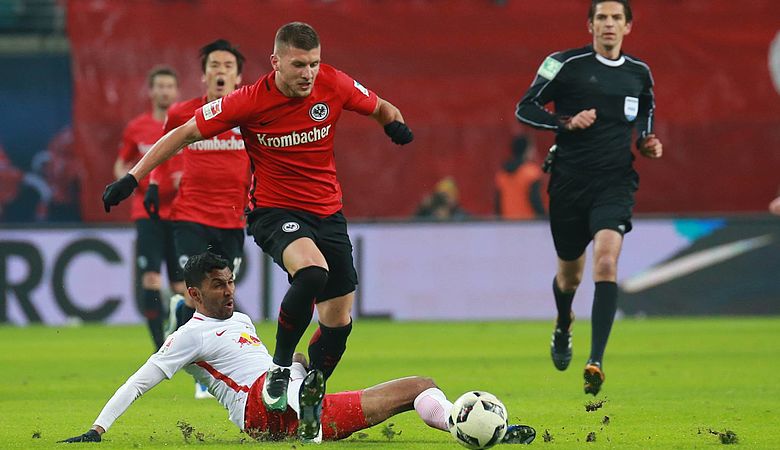 Ante Rebić got on the scoresheet as Eintracht Frankfurt won it’s first match in 12 with a 3-1 victory at home to Augsburg on Saturday. Rebić scored an added time clincher after running down a lackluster backpass and finishing into an empty net in the 91st minute. In addition to the goal, Rebić had six other shots and created one chance. Frankfurt kept their European dream alive with the win, as they sit tied for 8th and three points out of 6th with 4 matches left.

Andrej Kramarić started for Hoffenheim in their 1-1 draw at FC Koln on Friday. Kramarić played the first 57 minutes before being subbed off with the score still at 0-0. He had two shots and created one chance in his time on the pitch. Hoffenheim fell one spot to 4th in the Bundesliga, but still have a 9 point cushion on 5th placed Hertha Berlin with 4 games to go in the campaign.

Tin Jedvaj served his one match suspension for last week’s red card in Bayer Leverkusen’s 2-1 loss at Freiburg on Sunday. The loss leaves Leverkusen 12th in the Bundesliga with four matches left, disappointingly closer to relegation than to the European placings, just a year after they finished 3rd.

Disaster struck for Vedran Ćorluka as he started at the back in an action-packed 3-3 draw at home to Amkar on Saturday. Ćorluka assisted on Lokomotiv’s second goal, and all was well for the Croat and his side before the 80th minute, when Ćarli went down with a ruptured achilles tendon. The injury means Ćorluka will miss around six months, which could mean missing 3-5 World Cup qualifiers. Lokomotiv would go on to concede a 3rd goal in the 88th minute.

Domagoj Vida played the full match for Dynamo Kyiv as they fell 1-0 at home to Darijo Srna’s Shakhtar Donetsk on Saturday. The “6-pointer” going the way of Shakhtar was enough to clinch the Ukrainian Premier League title for them, with 6 matches still to play. Dynamo will likely clinch a second place finish in the next two weeks, which should result in an anti-climactic final month in Ukraine.