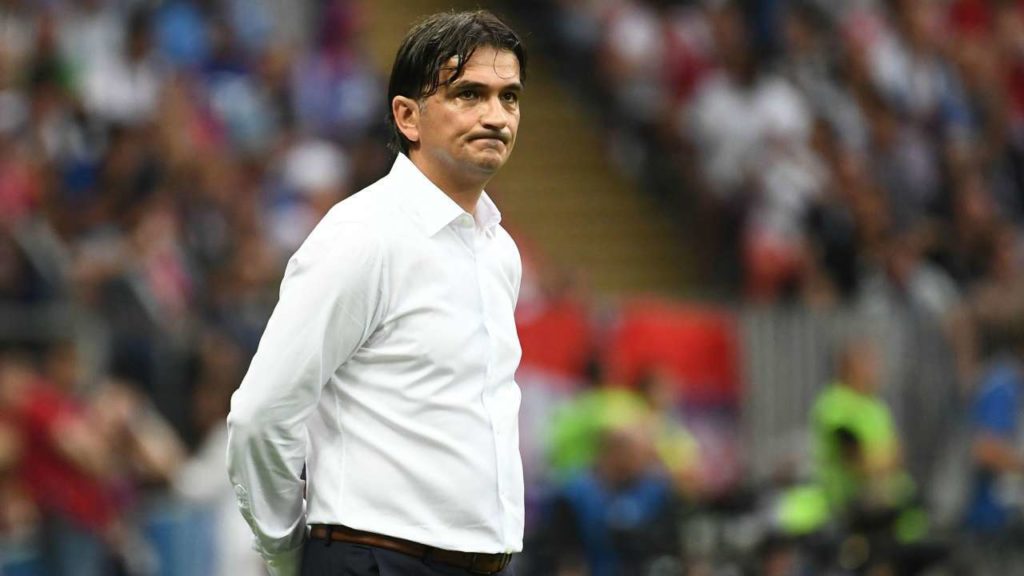 Let’s admit it – we all have a sweet spot for Zlatko Dalić thanks to Croatia’s 2018 fairytale run. But fairytales always end, and i’s time to start a new book…and a new book means new characters.

Dalić’s first game leading the checkers was a crucial one, and he delivered. A Kramarić brace against Ukrainian sent the Vatreni  into the playoff round where they made quick work of the Greeks. Croatia continued to stomp through opposition at the World Cup with a solid 2-0 win over Nigeria, a 3-0 dismantling of Leo Messi and Argentina, and a historic Mario Mandžukić strike that sent the team flying past England.

Despite the heartbreaking final loss, Croatian fans had the best summer of their lives. This was the end of the fairytale however, and we have yet to start the new book. New characters were not introduced, Dalić held onto dear life to those ‘momci’ who gave the world a bang. And we all know what happens when you try to extend a story that has ended…it goes stale. A 6-0 pounding at the hands of the Spaniards, a 2-1 defeat to the Hungarians, a stalemate against 108th ranked Azerbaijan, a 4-1 trampling from the Portuguese, a worrisome 2-1 defeat to the Swedes, and now this, a 1-0 loss to Slovenia in the opener match of World Cup qualifying. Do those look like losses that would normally be suffered by a World Cup finalist?

If I were to blindly look at those score lines I’d think they’d represent a team in the talent pool of your Bulgaria’s or Montenegro’s. Dalić is like a director who keeps using the same actors to perform the same storyline over and over and over again. And everyone is just plain tired of it. We need new players and new tactics to get Croatia out of this mess. Lovro Majer, Toma Bašić, Joško Gvardiol, Luka Ivanušec, Borna Sosa, and Domagoj Bradaric are just some names that come to mind when I see the old guard struggling. Why does Croatia always have such a hesitancy to play young players? Dalić seems to favor Barišić and Melnjak over Sosa and Bradarić; Lovren and Vida over DCC, Pongračić and Gvardiol; Badelj over Bašić; Pašalić over Majer, and the list goes on!

Today’s lineup average age was 30. Alongside Belgium, we had the oldest starting XI in all the qualifying matches today. Weren’t we the oldest team at the WC as well? Yep! So why are we still one of the oldest teams three years later? Why are subs from the WC like Badelj still hanging around instead of guys like Bašić, Majer, and Moro?

This Euro will be Dalić’s final shot, and if he continues his “safe” lineup of the old guard, it will cost him in the end. While Dalić might think this is his safest bet, I think it’s his riskiest, because if it doesn’t work against Slovenia, it won’t against England. The prayer of every football loving Hrvat is a total revamp after the Euros. Assuming the current squad will be the one for the Euros (we’ll substitute Rebić for Lovrić), here are the age comparisons.

Keep in mind this accounts for Brekalo (22), Vlašić (23), and DCC (24), who lower this number drastically, and only one of them seems to be in Dalić’s XI.

Now let’s take a look at a potential (and wanted by most fans) squad comprising of:

Modrić, Brozović, Kovačić, Vlašić, Majer, Bašić (you could even make an argument for Moro or Ivanušec here)

I know, I know. It’s not all about age obviously. But wouldn’t you say that the second squad looks much more energized, revitalized, and skillful? I don’t think Dalić has the ‘jaje’ to drop Vida and make Lovren our fourth centerback. At this point, we’ve seen that “playing it safe” isn’t working…so what are we waiting for? A disappointing finish at the Euros until we realize it’s time to make some changes? Dalić is a good man and a good Croatian, and I hold every part of that 2018 team close to my heart…but that story has ended.

Who will replace Dalić? The consensus seems to be Nenad Bjelica or Igor Bišćan. Bjelica is currently the manager of Osijek, who is in a tight title race with Dinamo, and Bišćan is the Vatreni U21 manager. Both coaches have many upsides. Bišćan has worked with every promising Croatian talent, and will obviously integrate the younglings into the senior side if he is appointed manager. Bjelica has coached the likes of Lovro Majer, Luka Ivanušec, Joško Gvardiol, and many other Croatians at Dinamo Zagreb. If it wasn’t for the Mamić mafia, he would probably still be the manager of Dinamo Zagreb. Bjelica has lit a flame in Osijek’s squad this season, and has the potential to do the same with the Vatreni.