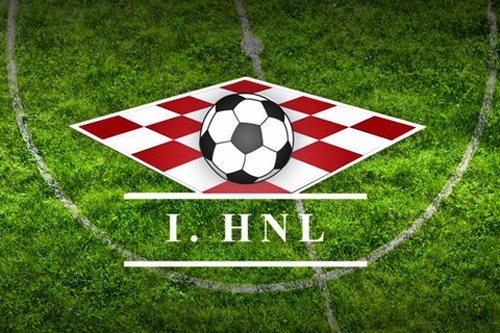 For nearly six seasons, I have woken up every Saturday morning, and while most fans of the sport would immediately turn on their flat screen TVs to the HD channel showing English Premier matches, I was turning on my computer to watch a grainy and advertisement-filled stream of the Prva Liga.

People have said the league is garbage, a waste of time, nothing more than a “feeder league” for larger European leagues; I’ve heard criticisms ranging from the league is “bullshit” to how it should be contracted to only include four teams.

Every season, there is a story of a team not being able to pay the players on time – a professional sports team that cannot afford to pay the professional athletes it employs; something that is unheard of in most countries.

I’ve watched games that were clearly fixed, whether by players on the field, or by the referee officiating the game. Players can sometimes get paid more money by bookies trying to sway matches than they would from their own clubs.

Headlines regularly read of a new up-and-coming 16 year-old player signing a professional contract. I was only getting my drivers license and awkwardly roaming the halls of high school when I was 16, but every club is looking for the next football savior in the likes of the talented youth that Croatia seems to endlessly supply.

These 16 year-olds put in their required playing time until they are fortunate enough to be sold to a foreign league where they can hopefully make a real living.

But this is the league I report on and the only thing that I regret is that it’s not a full-time job. I don’t get paid for this, but I’ve met or at least spoken to people that well make up for a lack of paycheck. I sometimes feel that the four years I spent at journalism school prepared me for this.

This league is not always a pleasure to cover, I must say. Writing about fives matches a week takes time, time that eats away from my weekends and days off.

I don’t only watch games that include Dinamo Zagreb, a team that I hold very close to me, and runs deep in my veins. I watch all the games. Games that include NK Zadar, Osijek, NK Lučko, Hrvatski Dragovoljac; teams that include amateur players that play like amateurs.

Sometimes the level of play can grind on one’s patience, especially someone who is a fan of the sport and wants to watch the highest quality available.

My day job requires me to work on weekends, but I spend more than my share of my weekend work days hovered over a computer watching RNK Split play against NK Istra on a field that isn’t suitable for a high school match here in the States.

But this is also what makes the league fantastic. And that’s what helps make all this work worth it.

The beauty of these small clubs, representing their history that stretches back over 100 years, still making connections with the cities, towns, and villages they represent.

The league is personal. It’s my league. It’s your league. There’s a connection you get with club that size that is impossible to feel with a major team in England.

Stadiums of the likes of Manchester United, filled with American and Chinese tourists, sitting silently as if they were at a baseball game; it is incomparable with atmosphere and passion found at Poljud or Kantrida.

The players on these teams are among the few players in the professional world that are playing for a team they grew up cheering for. They aren’t making $45,000 a week. They aren’t driving Bugattis or living in castles.  They are playing a sport they love

In a modern time where money is all that matters, passion is still alive in the HNL, even in stadiums that don’t fill up.

HNK Rijeka was scheduled to play a cup match in October that was rained out, but instead of going home, they drove to a nearby orphanage and spent time with children who could certainly use a little bit of charity.  That’s what makes this league special.

The recent success of Croatian clubs in Europe is only adding to the value of clubs. Watching these teams will pay off in the end, because this is where it starts. This is where the next Mario Mandžukić is playing, and the next Luka Modrić is in the stands watching his team play. Why not join him?

Whether you are one of 10 members in NK Zagreb’s White Angels, one of thousands in Torcida, or part of the BBB banned from Maksimir, the true love for the club is there. The talent on the teams is there, and the future of the nation’s sport is there. 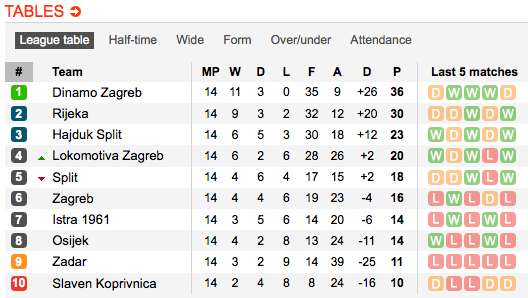