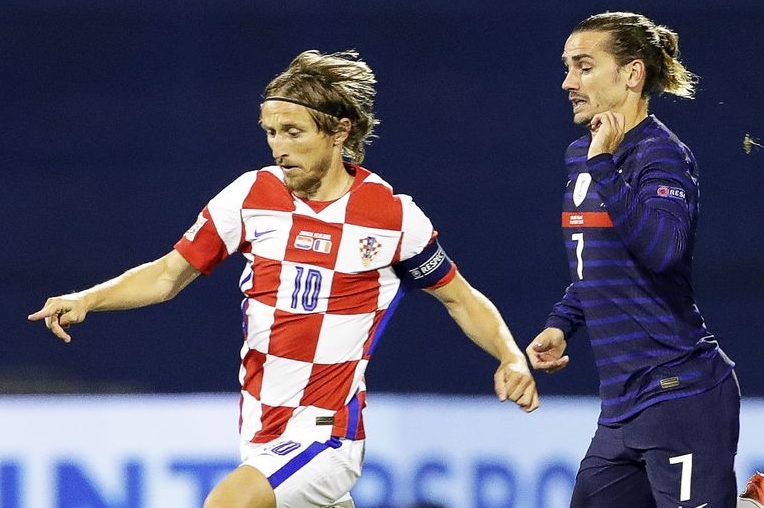 1. Luka Modrić isn’t just aging like a fine wine, the man is a bottle of Louis XIII. The 2018 Ballon d’Or winner is still putting the Croatian team on his back and running around the field like a teenager with unlimited amounts of energy. It was Modrić’s extra effort that led to Croatia’s only goal against the French Wednesday night at Maksimir when he tracked down the ball in the offensive zone and cut back a perfect pass to Brekalo (in the box) instead of sending a cross through the air. The man makes everyone around him better and that still hasn’t changed at 35 years old.

It’s going to be a sad, sad day when Modrić finally hangs up his boots for the Vatreni. No midfielder on the current Croatian squad can come close to controlling the midfield like Modrić does. I stated earlier in the season that this had to be the year of Mateo Kovačić. So far, he has not impressed. Nikola Vlašić will be the real deal but he’s more attack-minded than Modrić is. Modrić controls the game at his tempo and is given so much respect from his opponents that he can conduct the midfield as he pleases. We already know Modrić will play at EURO 2021, but could he stay for the November 2022 World Cup in Qatar? We can only pray.

2. Nikola Vlašić (23) and Josip Brekalo (22) are ahead of schedule. Way ahead of schedule! The two Croatian wunderkinds are no longer kids and have officially graduated to 1st-team senior side Croatian football with major contributions already. Brekalo scored Croatia’s first goal against the Swiss last week with a wonderful volley strike just inside the post. Against Sweden, Brekalo unselfishly dished the ball off to Vlašić in the box for the game’s opening goal and the duo linked up for more of the same against Les Bleus for Croatia’s lone goal against the French. The Vatreni scored five goals in three matches during the international break. The Vlašić/Brekalo duo were responsible for three of them. The future is here to stay and these two guys will be on highlight reel for the next 10 years.

3. The Lovren (31)/Vida (31)  center-back tandem that got the Vatreni all the way to the World Cup Final has finally run out of magic. Both Vida and Lovren got torched in the past week and it’s time for Dalić to start looking to the future. Ćaleta-Car (24) needs to start both November matches against Sweden and Portugal. It would be fantastic if Dalć good implement Wolfsburg’s Marin Pongračić (23) alongside CC as well. This should be the center-back duo Croatia focuses on going into 2021. Unfortunately, Pongračić picked up mono and has been sidelined for the past month. The jury is still out on Matej Mitrović, but at 26 years old, he may have missed the boat. Croatia have tons of young talent to be showcased, but it has to happen in the correct order. Let CC and Pongračić play with each other as opposed to one of them being paired with Lovren or Vida. Roll the dice in Nations League to set up the future.

As far as Nations League goes, the best Croatia can finish in group is third. With a win/draw against Sweden, the Vatreni will ensure they stay in the top league in the next tournament, making the Portugal match at Poljud a friendly.