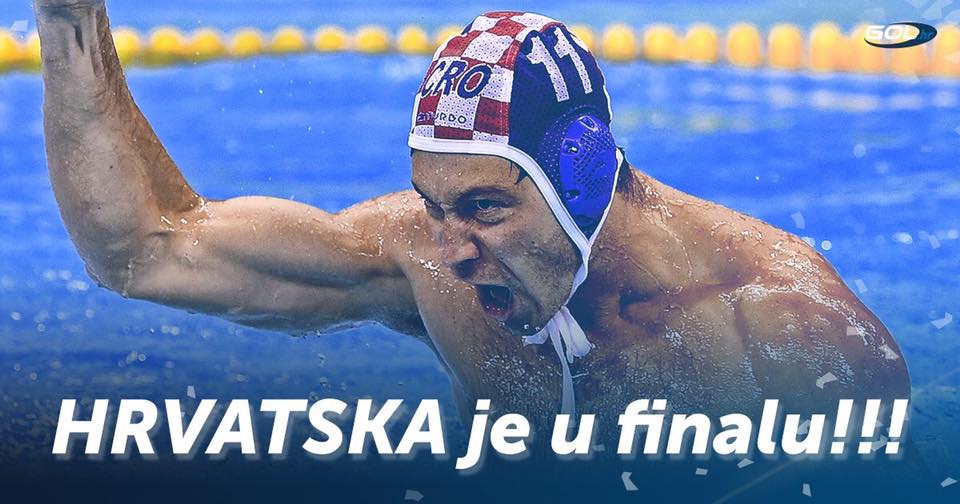 Croatia redeemed themselves in a 12-11 nail biting win against Balkan rivals Serbia Thursday night in the Water Polo World Championships semifinal round. The two nations last met in the 2016 Rio Final with Serbia easily defeating the Barracudas. But the semifinal win will mean that Croatia will now face hosts Hungary in the championship match on Saturday in Budapest.

Croatia was led by Dubrovnik-born Maro Joković and Sandro Sukno, who each had three goals versus Serbia. Croatia’s only title at the World Championships came in 2007 against Hungary.

Will they be able to do it again?

Croatia cruised through the group stage of the 2017 World Water Polo championships, defeating Russia, Japan and the United States handily and downed Italy 12-9 Tuesday night in Budapest in the quarterfinal round. Both Xavier Garcia (yep, a Spanish guy that used to play for Spain) and Sandro Sukno led Croatia with four goals apiece.

Now the ‘Barracudas’ face their toughest test: Serbia Thursday night with a shot at the title on the line. Remember, Serbia crushed Croatians hearts at the 2016 Rio Olympics in the gold medal match, easily defeating Croatia 11-7. Now the men in checkered caps will have a shot at redemption.