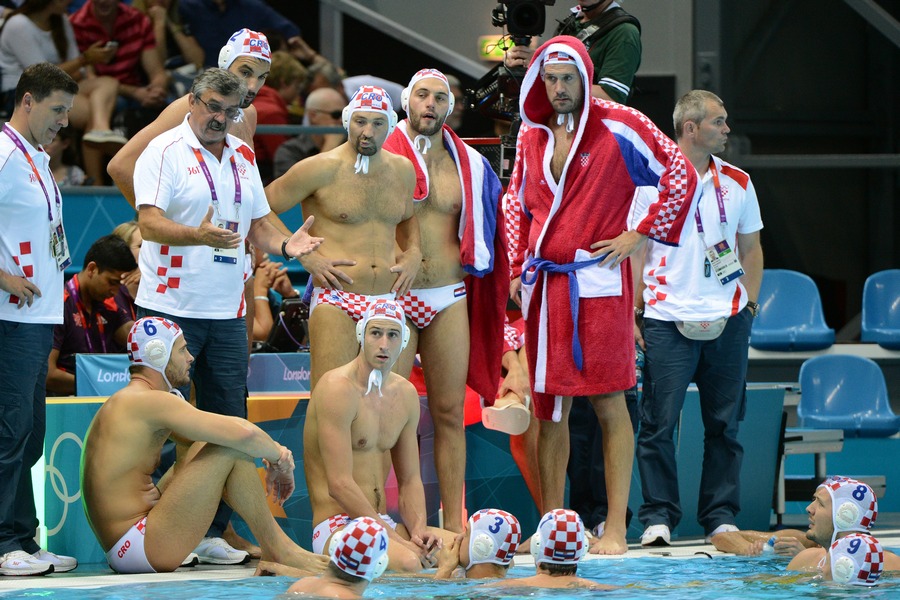 The Croatian water polo team is headed to the gold medal match!

After conceding three unanswered goals to Montenegro midway through the first quarter to level out the match at 3-3, the Barracudas took control of the match and never looked back with four goals from leading scorer Andro Buslje from five shots. Goalie Marko Bijac was solid in goal for Croatia making three exceptional saves for his side in tight circumstances.

Croatia will play for gold Saturday afternoon in Rio against Serbia, who defeated Italy in the other semifinal. The game starts at 4:50PM (ET)/1:50PM (PT). It will be broadcast live on NBC in the United States.

So as far as team sports go, this week has been a let down for the Croatians. On Wednesday night, both the Croatian handball and basketball teams were ousted from the Rio Olympics in the quarterfinal round. So that leaves Croatia’s water polo team as sole torch carriers for the nation (I’m not counting rowing, sailing, shooting in this conversation.)

The Barracudas face Montenegro at 12:20PM (Rio time) Thursday afternoon in the first water polo semifinal. That’s 11:20AM Eastern and 8:20AM Pacific. Croatia already defeated their southern neighbors in group stage by a slim 8-7 margin; needing a 3-2 fourth quarter run to take the win.

Croatia are slight favorites on paper to make the gold medal game but it won’t be easy. And if they get there, they would face the winner of the Serbia/Italy semifinal.