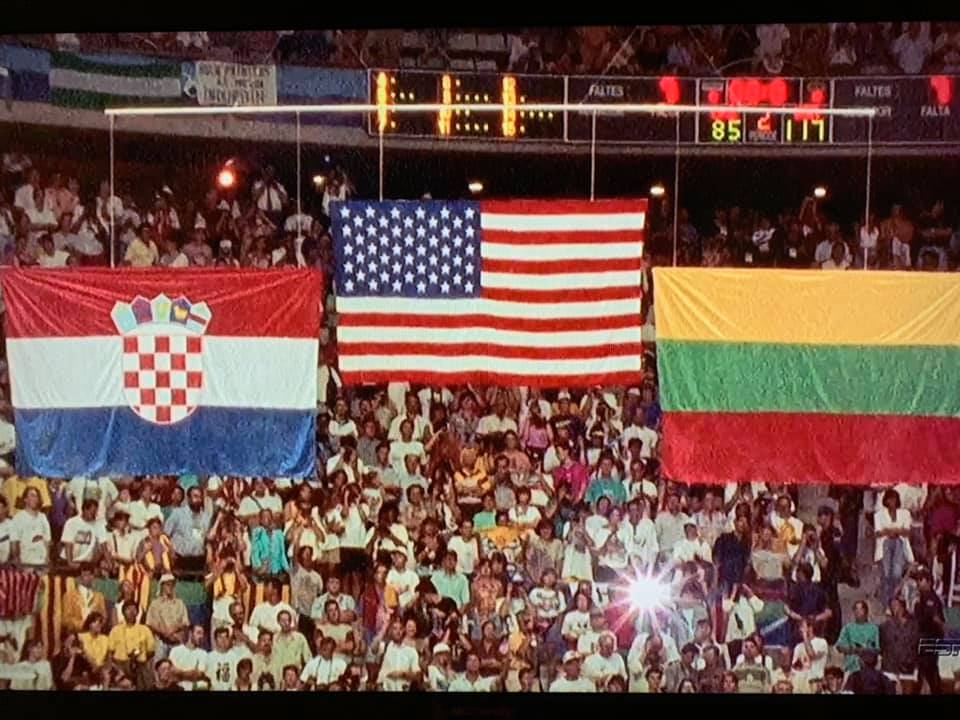 There was a time before Šuker was winning Golden Boots, Modrić was playing in World Cup Finals, and Ivanišević was lifting Wimbledon trophies.

It was Petrović, Kukoč, Radja & company who put Croatia on the world sporting map with their silver medal finish at the 1992 Olympics against the greatest team ever assembled – The Dream Team.

If you haven’t had a chance to watch it yet, ESPN is currently running a 10-episode docuseries on the 1998 Chicago Bulls called “The Last Dance.” In episode 5, they highlight what Michael Jordan and Scottie Pippen thought about Toni Kukoč; who had already been drafted by the Bulls but didn’t come over to play until the 93-94 season. They also talk about how Kukoč had a huge target on his back at the ’92 summer Olympics in Barcelona. Petrović is not mentioned.

I was only six years old at the time of the 1992 Olympics – so my perspective should not be taken into account – however, looking back at it historically, the 1992 Croatian national basketball team had to go through maximum adversity to stand on that podium.

Croatia had just become an independent nation one year before. There was a fiery war going on in their homeland which would last another three years. Kukoč had the world’s largest target on him by Scottie Pippen and Michael Jordan – arguably the greatest player to play the game. And through all that adversity, the Croatian national team – in their first tournament as an independent Croatia – battled through the tournament for a silver medal finish.

No one was beating the American Dream Team that year  – no one. To this day, it’s the single greatest basketball team ever assembled. And after being humiliated in the group stage by the Americans, Croatia at least competed in the gold medal game. From that, Dino Radja and the late Dražen Petrović have already been elected to the basketball Hall of Fame, and many say Toni Kukoč belongs alongside them as well in the very near future.

Croatia has excelled in many sports. Football, tennis, handball, skiing, rowing, water polo. And although basketball hasn’t been the same since the early 90s, it was this Croatian basketball team that put Croatia on the map first.