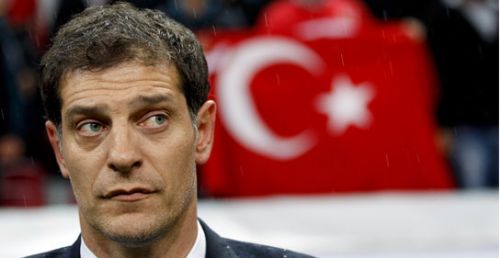 Former Croatia international and manager, Slaven Bilić, didn’t have to wait long to find a new job after parting ways with Russian club Lokomotiv Moscow this offseason. Bilić has officially been announced as the new manager at Turkish club Besiktas. Besiktas finished third in Turkey last year, behind Galatasaray and Fenerbahce respectively, but have been banned from European competition by UEFA this season due to a match-fixing scandal.

After six years at the helm for the Croatian national team, Bilić announced in 2012 that he would leave the Vatreni for club football, signing a deal with Lokomotiv Moscow, bringing in Croatian defender Vedran Ćorluka and goalie Dario Krešić in the process. However, Lokomotiv finished ninth in Russia, only winning 12 games this past season. Now the 44 year-old Bilić will try his luck with Turkish giants Besiktas.

Although we all look for Bilić to succeed in Turkey and possibly bring his new club to the Champions League, another stint with the Croatian national team is inevitable, with the coaching pool so small. Should Croatia not qualify for the World Cup in Brazil alongside Besiktas having an average season, would you welcome Bilić back with Luka Modrić and company?