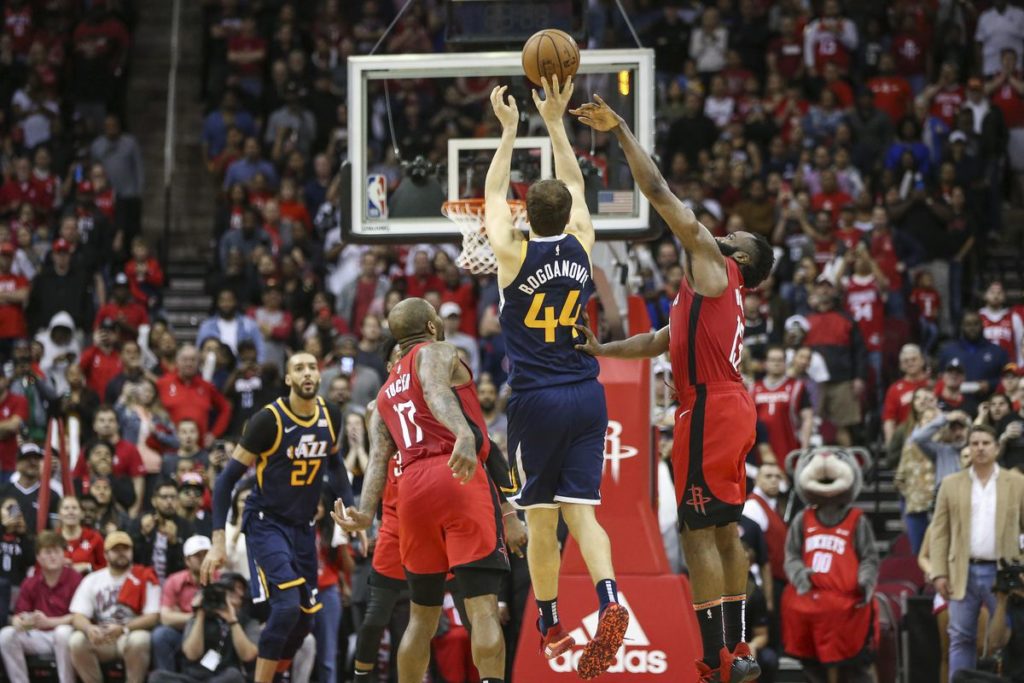 Croatian basketball has been quiet for since the 90s. There’s no denying that.

Although there have been a handful of Croatian national team players in the NBA over the past few seasons, no one has really made a splash on a big team or in the playoffs, for that matter. But 2020 will be a different story.

Ivica Zubac of the Los Angeles Clippers and Bojan Bogdanović of the Utah Jazz are both expected to make deep playoff runs; even though one of the LA teams should represent the west in the Finals. Even Dragan Bender was increasing his playing time for the #1 team in the east – the Milwaukee Bucks – before they waived him earlier in the week.

Bogdanović and the Jazz will have to play perfect ball in the playoffs to take out the Clippers or Lakers, but here’s what he did in Houston Sunday night. Babo hit a buzzer beater from beyond the arc to win it for the Jazz. It’s the second time he has won the game from 3-point land this season.