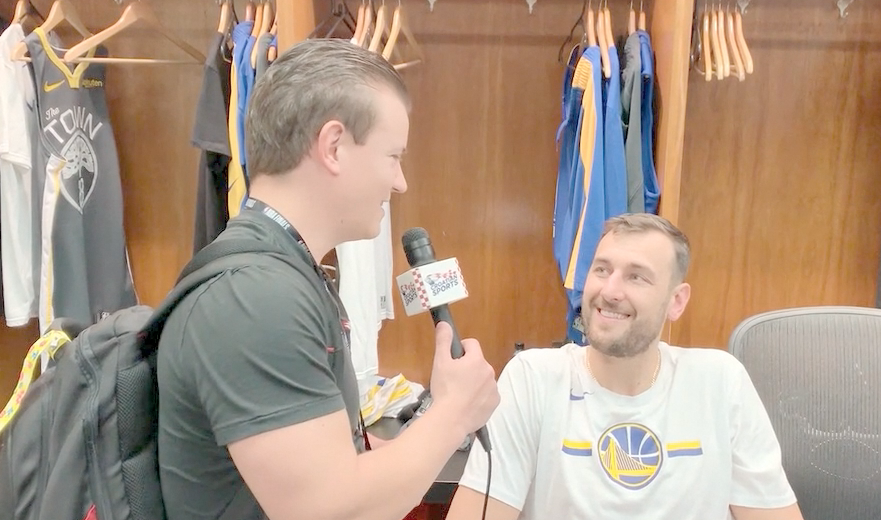 Bogut was born in Australia with both parents emigrating from Croatia. He nearly played for the Croatian national basketball team before being pulled away by the Australian federation.

Bogut correctly predicted a 2-1 Croatia victory over Wales on Saturday as this video was filmed minutes after Golden State’s 105-92 loss to the Toronto Raptors in Game 4 of the NBA Finals. Game 6 tips off tonight at 9PM (ET) in Oakland with Toronto leading the series 3-2.