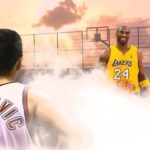 The world lost another legend Sunday morning when a helicopter carrying Kobe Bryant, his 13 year-old daughter Gianna, and seven others crashed into the Calabasas hillside just northwest of Los Angeles due to heavy fog. Although Kobe - who was a 5x NBA Champion, NBA MVP, and 2x Finals MVP - was done with his playing career, he was barely starting his philanthropic … END_OF_DOCUMENT_TOKEN_TO_BE_REPLACED 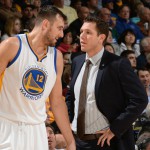 2005 #1 overall pick in the NBA draft Andrew Bogut will be joining Ivica Zubac and the Los Angeles Lakers on a 1-year contract for the 2017/18 season. Bogut was last seen playing for the Cleveland Cavaliers last season, being traded in a playoff push, but only lasted 58 seconds before breaking his leg in his debut. Bogut is an Australian-born Croatian raised in … END_OF_DOCUMENT_TOKEN_TO_BE_REPLACED 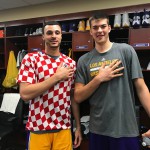 Ivica Zubac had a promising rookie season for the Los Angeles Lakers this year; averaging 7.5 points, 4.2 rebounds and 1 block in 38 games. The now 20 year-old got off to a slow start, going up and down from the D-League, before ultimately being shut down in early April with an ankle sprain. However, along the way, he befriended teammate Larry Nance Jr., who is in … END_OF_DOCUMENT_TOKEN_TO_BE_REPLACED 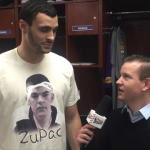 The Lakers might be losing. And they won't be in the playoffs. But their young core of players have been tight all season; especially second year forward Larry Nance Jr. and Croatian rookie Ivica Zubac. After the Lakers 109-104 loss to the Charlotte Hornets Tuesday night, I caught up with Nance post-game, who was wearing an epic custom 'ZUPAC' shirt. It was an homage … END_OF_DOCUMENT_TOKEN_TO_BE_REPLACED 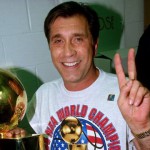 2-time NBA champion coach with the Houston Rockets and potential future basketball Hall of Famer, Rudy Tomjanovich, spoke with CroatianSports about his Croatian ancestry and only trip to the country in the early 2000s while on a basketball scouting excursion. Tomjanovich is currently a scout for the Los Angeles Lakers and only had great things to say about rookie Ivica Zubac, … END_OF_DOCUMENT_TOKEN_TO_BE_REPLACED 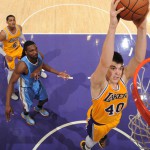 On Tuesday, January 17th, 19 year-old Ivica Zubac posted his first career double double for the Los Angeles Lakers in a 127-121 loss to the Denver Nuggets. It was Zubac's breakout game as he had 11 points and 13 rebounds paired with three blocks. Zubac is a soft-spoken, mild-mannered teenager from Čitluk, Herzegovina now living in the bright lights of Hollywood. Big things are … END_OF_DOCUMENT_TOKEN_TO_BE_REPLACED 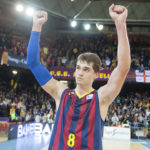 Photo: Victor Salgado-FCB After a long season of covering Croatians around the NBA, it’s time for the long-awaited NBA draft. We haven’t seen a draft with this many talented prospects in almost a decade. To make matters more exciting, a Croatian player will likely be a top-ten pick at minimum. Mario Hezonja has been linked with several teams between picks four and eight. … END_OF_DOCUMENT_TOKEN_TO_BE_REPLACED