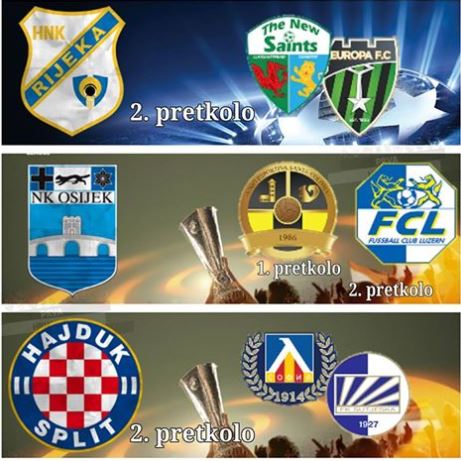 Real Madrid have barely been champions of Europe for two weeks and the 2017/18 European season is ready to begin.

The first and second qualifying rounds have been drawn in both the Champions and Europa Leagues and Croatians have received some very favorable opponents.

HNK Rijeka will enter the second round of Champions League qualifying after wining the HNL this past season. They will face the winners of the first round of qualifiers featuring The New Saints, from Wales and Gibraltar champions, FC Europa. Rijeka should be heading to the third round of qualifies.

In the Europa League, Hajduk Split will await the result of Bulgaria’s Levski Sofia and FK Sutjeska of Montenegro, while NK Osijek kick off the first round of qualifiers against FC Santa Coloma, champions of Andorra. FC Luzern awaits the winner of that match in the second round qualifiers.

Dinamo Zagreb await in the third round of Europa League qualifiers.