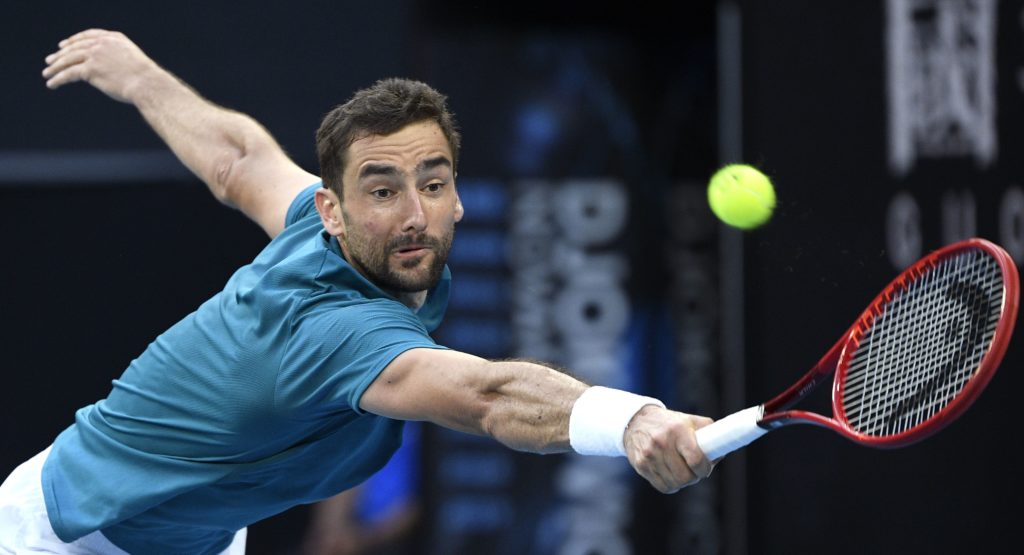 Marin Čilić ran out of gas at the Australian Open; losing to #32 Milos Raonic in straight sets. Čilić was coming off of two 5-set matches and you could tell his energy wasn’t at 100% against a very good Milos Raonic. At the same time, Čilić over-delivered at this year’s Aussie Open, making it to he Round of 16 as an unranked player. Čilić will have to work on his ranking before Wimbledon starts this summer. It definitely hurt him that he needed to play the #9 ranked player at the tournament in the 3rd Round.

Marin Čilić is the last Croatian man/woman standing in the singles competition at the 2020 Australian Open. The 2014 US Open champion is playing as an unranked player at a Grand Slam for the first time in over 10 years and has had moments of brilliance in his last two matches, which both went five sets.

He will play Milos Raonic, who made the quarterfinals of the Aussie Open in 2019 – and like Čilić – didn’t do much the rest of the year; mainly due to injuries. Now both Čilić and Raonic are looking to get back to the quarters at a grand slam.

Čilić will have his hands full against the Canadian as Raonic has yet to drop a set this tournament. He’s also coming off an impressive win against #6 Stefanos Tsitsipas. Čilić has spent eight hours on the court in his last two matches, which will hurt him against Raonic who is the favorite in Vegas to win this match.

But if Čilić can beat a hot Raonic after taking down #9 Bautista Agut in the previous round, we can officially say that he’s back!