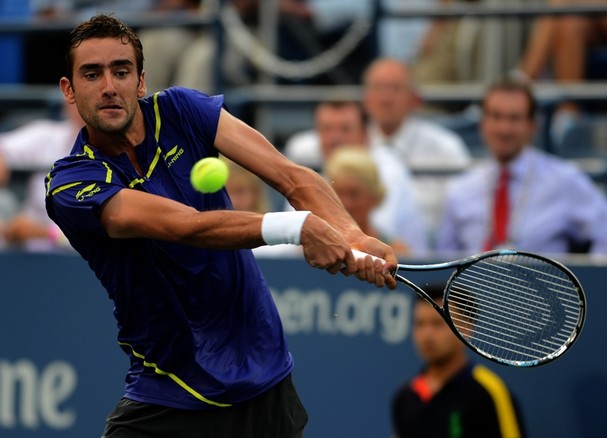 Marin Čilić looked to be on his way to his biggest win in two years at the 2012 U.S. Open Wednesday night. He took the first set 6-3 against 2012 Olympic gold medalist Andy Murray in the men’s quarterfinal, and was in full control of the second set, up 5-2 at one point.

Then the wheels came off the wagon. Murray fired off four straight games to force a second set tiebreak, which he would ultimately win 7-4 to tie up the match at one set apiece. He never looked back.

The momentum which Čilić had built for the first 90 minutes of the match were gone and mental fatigue could very well be the culprit. Murray ran through the final two sets 6-2, 6-0 to force a semifinal encounter with Czech Republic man Tomas Berdych, who defeated world #1 Roger Federer later in the night.

“He (Čilić) got nervous. That was the main difference,” Murray said. ”I did start playing better towards the end of the second set. And because I was in it, I started to feel that momentum was with me.” It wasn’t necessarily through my great play in the second set why I got back into it. But after that, I was hitting the ball much better, and I felt confident at the end of the match. I was returning well, serving well, and moved better at the end. It was good to finish like that, obviously.”

-Andy Murray after the match

Čilić had Murray cornered on the night and handed the Scotsman a free pass. What does Čilić have to attribute this loss to?