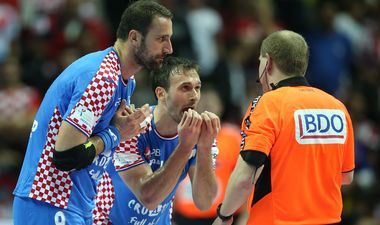 After cruising through Serbia in the opening match of Euro Handball 2018 and running away from Iceland in the second half Sunday, the Croatian Cowboys lost their first match Tuesday night in Split to Sweden. Croatia was never in the match as the Swedes kept a 4-5 goal gap the entire 60 minutes. Croatia already booked a spot in the Main Round, which will take place in Zagreb, but hurt themselves with this 35-31 loss as all group points carry over to the next round.

Now Croatia will play France, Norway and Belarus with the two top teams from the Main Round receiving a berth to the semifinals.

Croatia face Belarus first on the 18th and then Norway two days later. They will not play Sweden or Serbia as they were both teams Croatia already played in the preliminary group stage. The Cowboys will finally play the mighty French on the last day of the Main Round which could be a ‘win or go home’ game for both sides.

The schedule lined up perfectly and Arena Zagreb is sure to be rocking for these games just as Spaladium was.